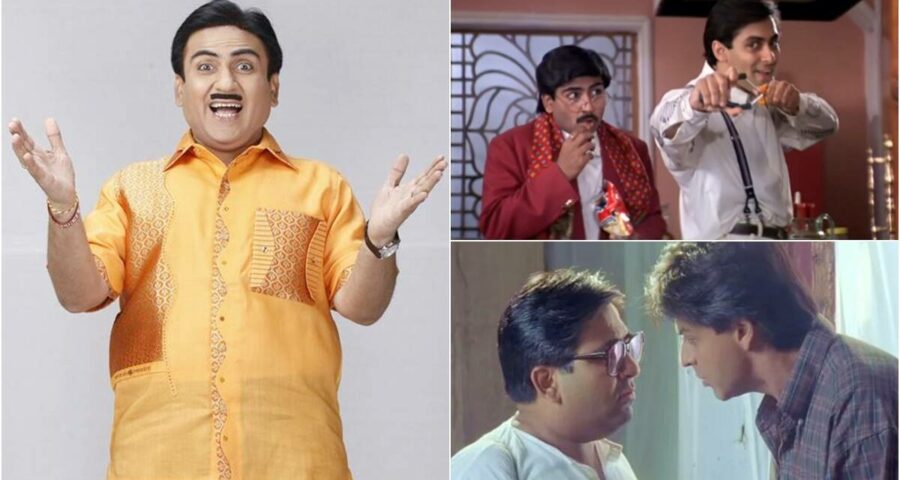 Jethalal Champaklal Gada from Taarak Mehta Ka Ooltah Chashmah is a fan favourite on Indian television today. But for actor Dilip Joshi, it was a long journey until he attained this popularity. Starting off with films that go as far as the 1980s, Dilip got his due post his switch to the small screen after a decade. But we aren’t here to talk about his Jethalal or any other character he’s played on television. Today, we try to revisit his stint in Bollywood, and the lesser known roles he portrayed in films with the biggest stars including Salman Khan, Shah Rukh Khan, Akshay Kumar and Priyanka Chopra.

A huge name in Gujarati theatre and cinema too, Dilip Joshi is celebrating his 53rd birthday today. On the occasion, here’s a throwback to the popular Hindi films he did before shooting to fame on TV.

Joshi’s acting debut was a small role in Salman Khan-Bhagyashree starrer Maine Pyar Kiya. He was Ramu, the domestic help in the Rajshri Productions film, and was even seen impressing the milk-woman (Huma Khan as Gulabiya) in several scenes, including the song “Aaya Mausam Dosti Ka”.

His Bhola Prasad was so innocent that he failed to understand his feelings towards Salman Khan’s friend Rita (Sahila Chadha). But when he did, Rita became ‘Shakuntala’ for him and he got teleported to a period drama where he saw himself as a King Dushyant. Basically, everything about his part added fun moments to the movie.

His character was a small time gangster named Sapney, the aide to Johnny Lever. Most of his portions were comic scenes and with Lever’s Pappu Junior. Now to see it closely, despite only a few lines of dialogue, Joshi was totally into his part, even if standing in the background.

Joshi played Champak in this Shah Rukh Khan and Juhi Chawla film. He was the caretaker of Jackie Shroff’s four kids, after the latter gets killed.

His Gauri Shankar worked at the office of Raj Singhania (Bobby Deol). He was a worshiper of Lord Shiv and even his dialogues and look revolved around his devotion. In short, his character was a funny one.

In this Preity Zinta and Arjun Rampal film, Joshi played the CEO of the factory who keeps the identity of Rampal intact when the latter arrives to inspect the work place without anyone’s knowledge.

As Tusshar Kapoor’s friend Rahul, most of Joshi’s scenes were with the lead actor. The movie also starred Esha Deol and Rajesh Khanna.

One of the last appearances of Joshi in Bollywood before he switched to television for good. The actor played a film director with a south Indian twang. The movie starred Sonu Sood, Kunal Kemmu, Soha Ali Khan, Asrani and Paresh Rawal.