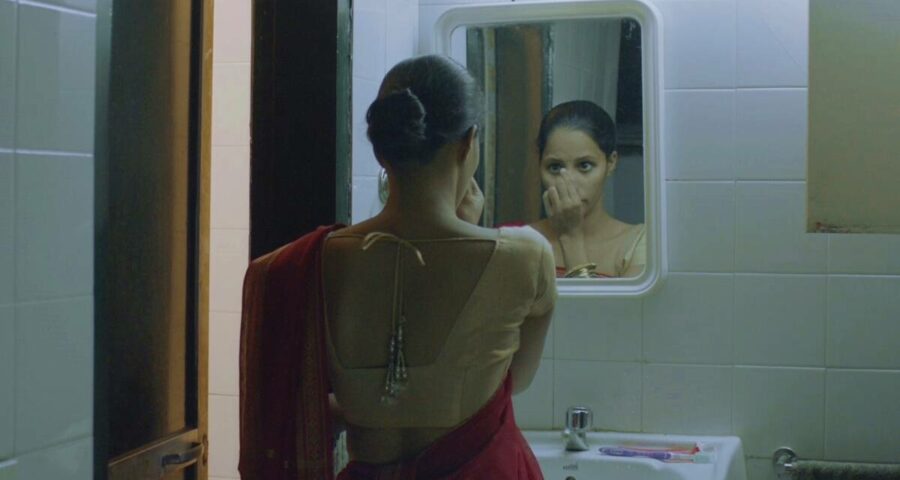 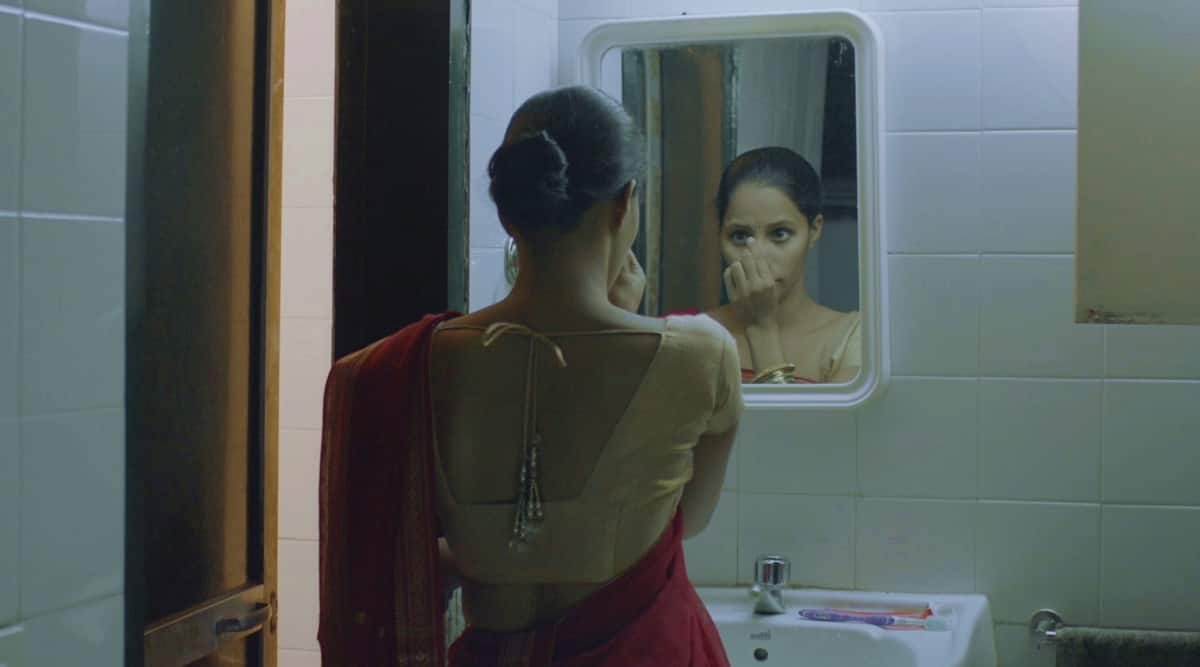 The house help in Indian cinema has come a long way with the recent Rohena Gera film Sir (Netflix), where the gaze is on Tillotama Shome’s Rachna, more than a service-provider in a high-society flat, as a human being deserving — and desirous but self-restricts to requite — the affection of her upper-caste, upper-class “Sir/Ashwin” (not for sexual gratification though, an oft-explored trope on screen, from Shabana Azmi’s Lakshmi in Shyam Benegal’s Ankur to Bhumi Pednekar’s Sudha in Lust Stories). Alisha Tejpal flips the storytelling construct with her second short film Lata — screening in Shorts Program 2 of the prestigious Sundance Film Festival that ends on February 3 — where the gaze is subverted; it is from the eponymous help’s (played by Shobha Dangle) perspective. It is not a sad one, rather a matter-of-fact one: where her identity is synonymous with her labour — as much internalised as it is imposed — nothing more, nothing less.

The 21-minute short, a CalArts (California Institute of the Arts) thesis film, is an India-US collaboration between the Los Angeles-based Tejpal, 32, and partner, co-writer and producer Mireya Martinez, 28, who says, from about “9,800 entries, Sundance selected 55, which is basically half a percent of a chance.” Premiered at the 68th San Sebastián International Film Festival, Lata is an investigation of the invisible. “We allow for Lata to move, and we sit, with her and her experience of time and space,” adds Tejpal.

The ambiguity of time heightens the monotony, like days piling on days, it could be a day in Lata’s life or her daily routine over months and years. The frame stays indoors. The static camera cuts close, at Lata’s eye level, not looking down at her — when she’s sweeping/washing floors, waiting outside a neighbour’s door, eating “her” food in steel utensils, looking in and out of doors/windows. The opening and shutting of doors demarcate the worlds — she has access into or has to wait outside of. The gaze is also directed inwards at the upper-class/upper-middle class whose lives can’t run without the helps. Director Tejpal implicates herself into the narrative. The south Mumbai house Lata works at is Tejpal’s and her cast is made of her relatives, save Dangle, a real-life domestic worker. “It was crucial to me that as an upper-caste, upper-class woman, I had to be implicated, because the problem includes me,” she says. 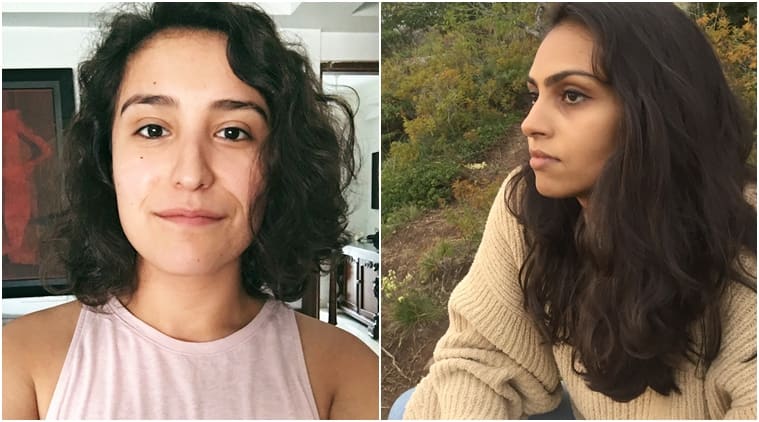 The spotlight is on the working class from within defined confines and structures. Tejpal wasn’t interested in the “dichotomy” of either putting Lata at the “centre of a dramatic narrative structure” or swing towards “realism (to show how hard her life is)”. Cinema, for her, brings to fore the idea of how “our post-colonial social structures render invisible the labour that supports our existence, whether you look at upper-class buildings in any metropolis or street cleaning,” she says. Lata is not invisible, “she’s extremely visible to herself, 24×7, it is we who relegate her invisible. Every time you enter a space, the ghost of the person who cleaned it behind you still exists.”

To experience time is privilege. Lata has to steal time out of her day for herself (when she speaks to her boyfriend while ironing clothes and cuts the call when madam walks past, or when she sits with a tablet to learn English after completing her day’s chores, or dressed for Ganpati celebrations she must serve dinner to the house-owners first). “I don’t need to give her a voice, she has one already, I need to give us the opportunity to truly hear and see her,” says Tejpal.

The south-Bombay girl moved to the US for an undergraduate degree in transitional justice in post-conflict societies in 2006-07 and returned to India in 2011. She eventually decided to work on a film set, and wanted to explore the work done by women. Tanuja, who was acting in Konkona Sen Sharma’s 2016 directorial debut A Death in the Gunj, got Tejpal on board, who worked as the clapper girl. She had decided that if she “were ever to be in a position to hire people” she “would provide opportunities for women”. In Lata, too, besides cinematographer Ravi Kiran Ayyagiri — with whom the directorial vision aligned — all of the heads of departments were women. We crowd funded on the women-run Wishberry portal. “We didn’t even get recommendations for women until I said, ‘I don’t want men’,” says Tejpal.

“I’m palpably, constantly aware that I’m a brown woman in a predominantly white country, and have white gatekeepers at festivals watching films about a culture and a country they know nothing about,” says Tejpal. There are nuances in Lata — how language changes to establish the class divide when the Election Commission officer switches from Hindi to Marathi when speaking with Lata, or why he doesn’t sip the water from the glass but pours it into his mouth. Or why the film doesn’t end with the Ganesh Chaturthi celebration, but cuts to the house as Lata’s me-time is over and the cyclicality of the daily routine resumes. “It was to emphasise that the upper class doesn’t really go out on Ganpati day. The roads are jammed. Just for that one day, the working class owns the public space. These the Western white audience doesn’t fully understand. I was asked to further clarify certain moments, but that’s not my responsibility, because nobody told me where a small town in a French film was when I was watching it. This sense of having to justify myself, as an immigrant, brown, queer woman, infiltrates every minute of my being,” says Tejpal.

With a woman of colour, Tabitha Jackson, helming Sundance for the first time in its history, this edition is quite diverse and inclusive. “Not only at Sundance, all over the world, there’s a shift towards diversity. It’s an incredibly more open time for women of colour and it’s in our right to bag it,” says Martinez.