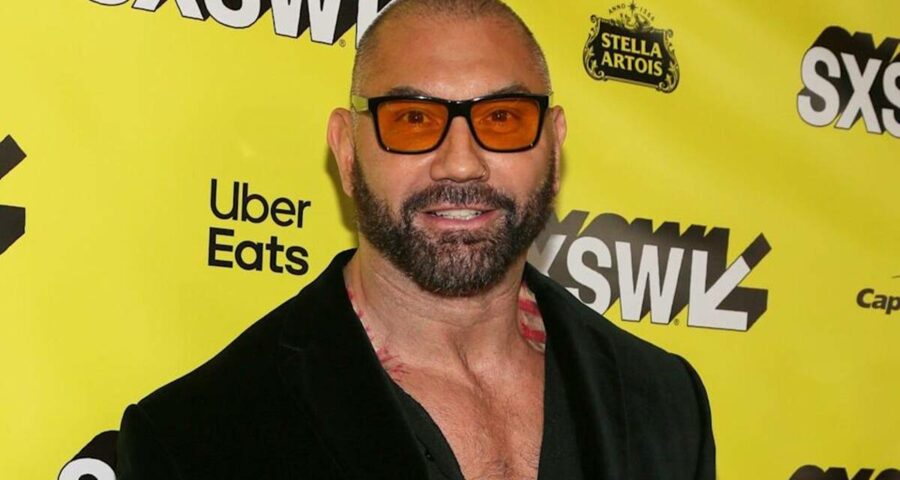 Hollywood star Dave Bautista says though he is proud of his accomplishments so far, he is someone who believes in looking ahead in life.

Best known to Indian audiences as Drax the Destroyer from Marvel Cinematic Universe’s “Guardian of the Galaxy” series, the professional wrestler-turned-actor has had an interesting career in films.

“I’m proud of what I’ve done. But I’m so focused on moving forward and on things that I still am desperate to accomplish that there are not many days that I sit and reflect and look back on what I’ve done and where I’ve come from,” the actor told PTI in a Zoom interview from Los Angeles.

Bautista, 52, has a lot of films slated for release in the near future, including Zack Snyder’s zombie heist drama “Army of the Dead“, Denis Villeneuve’s “Dune” and Taika Waititi’s “Thor: Love and Thunder”.

The actor, however, hopes that one day he has the time to reflect on his journey.

“I want to have my next 5-10 years slated. I want to know what I’m working on. I don’t have an end goal, these are things I want to accomplish… It’s weird like every year or two, when I’ve accomplished what I’ve set out to do, my goals have completely changed.”

“I think one day when it’s all said and done, possibly I’ll look back, but knowing me, I’ll probably work myself into the ground and never have the opportunity to sit down and even look back because I’ll still be so busy looking forward till the day I die,” he added.

Bautista began his career as a wrestler in 1999 and gained fame by winning the World Heavyweight Championship four times and the WWE Championship twice. He started working as an actor in 2006 and became an internationally recognised name for his role as Drax the Destroyer.

His other prominent films include the James Bond movie “Spectre”, “Blade Runner 2049”, and Marvel Studio’s “Avengers: Infinity War” and “Avengers: Endgame”.
The actor is currently promoting “Army of the Dead”, slated for release on Netflix on May 21. It’s a role that he joked gave him a chance to be prepared in case of a zombie apocalypse.

“I’d like to think that I would do okay. I’m unintentionally prepared more than most people,” Bautista observed, adding that his weapon of choice to fight the undead would be a simple karambit knife and katana (samurai sword).

Working with Snyder, known for his big-budget movies such as “Dawn of the Dead”, “Man of Steel”, and “Justice League”, was very different and special, he said.
Taking up the role of Scott Ward, the founder of the mercenary group – Las Vengeance, in the movie, who plans and leads a group of soldiers on a Las Vegas casino heist amid a zombie apocalypse, was a no-brainer for Bautista who confessed to being a fan of Snyder’s visual style.

Snyder, he said, would always be hanging around the set, sometimes as the director or the cinematographer or watching a monitor.

“… He wasn’t just off being our boss. He was also on set being our peer and he was being our support system… I just gained so much respect for Zack. He’s the real deal.”

Bautista has mostly featured in spectacle films but he does not believe that these movies don’t offer actors a chance to play rich roles. The actor said he loves having the luxury to do big roles as it gives him a chance to pursue interesting characters in small-budget projects.

“I know that ‘Guardians of the Galaxy 3’ is coming up… So if I want to do a television series that’s just not going to pay me much money… but I feel like as an artist I could become a better performer taking this role, then I’ll have the luxury of doing that,” he added.