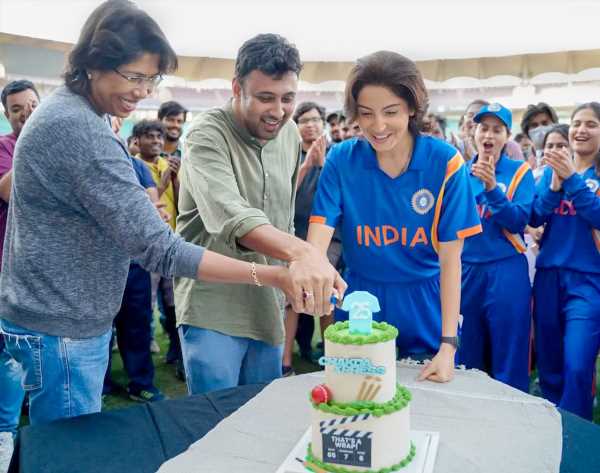 Are you waiting to see Anushka Sharma back in the movies?

Not in a cameo, like in Qala, but in a fully-fledged role?

Well, the wait just got shorter.

The actor, whose last movie release — where she featured in the leading role — was 2018’s Zero, has wrapped up the shooting for her next film, Chakda ‘Xpress.

Chakda ‘Xpress, directed by Prosit Roy, above, is based on the life of the former captain of the Indian national women’s cricket team, Jhulan Goswami, who helps cut the cake. 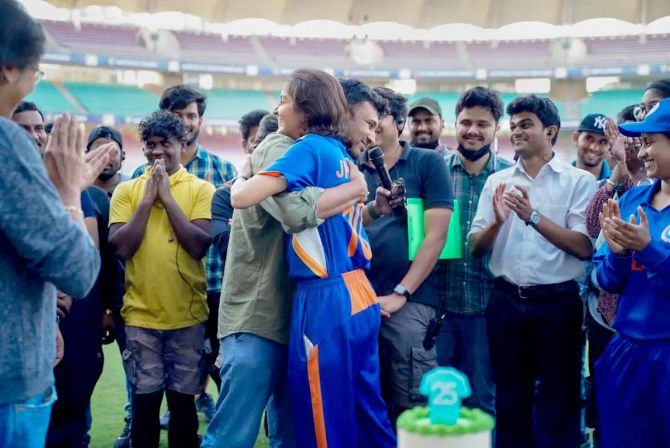 Prosit had made his directorial debut with Anushka’s horror film, Pari. Jhulan, who had a successful 20 year international career, played her last game in September 2022. She has received high praise from Anushka’s husband and star batsman, Virat Kohli. Jhulan is considered to be a standard for young cricketers to aspire to. Laughs all around as the team calls an end to the shoot. Anushka and Prosit are seen here with Co-producer Saurabh Malhotra. Chakda ‘Xpress will stream on Netflix.