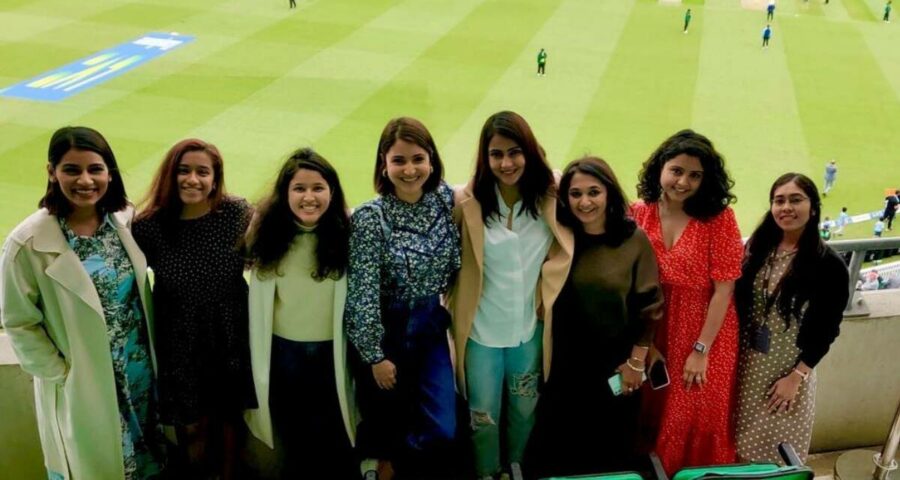 TV presenter Sanjana Ganesan, the wife of cricketer Jasprit Bumrah, shared a picture of herself along with Anushka Sharma. The ladies posed for the picture as India played against England. 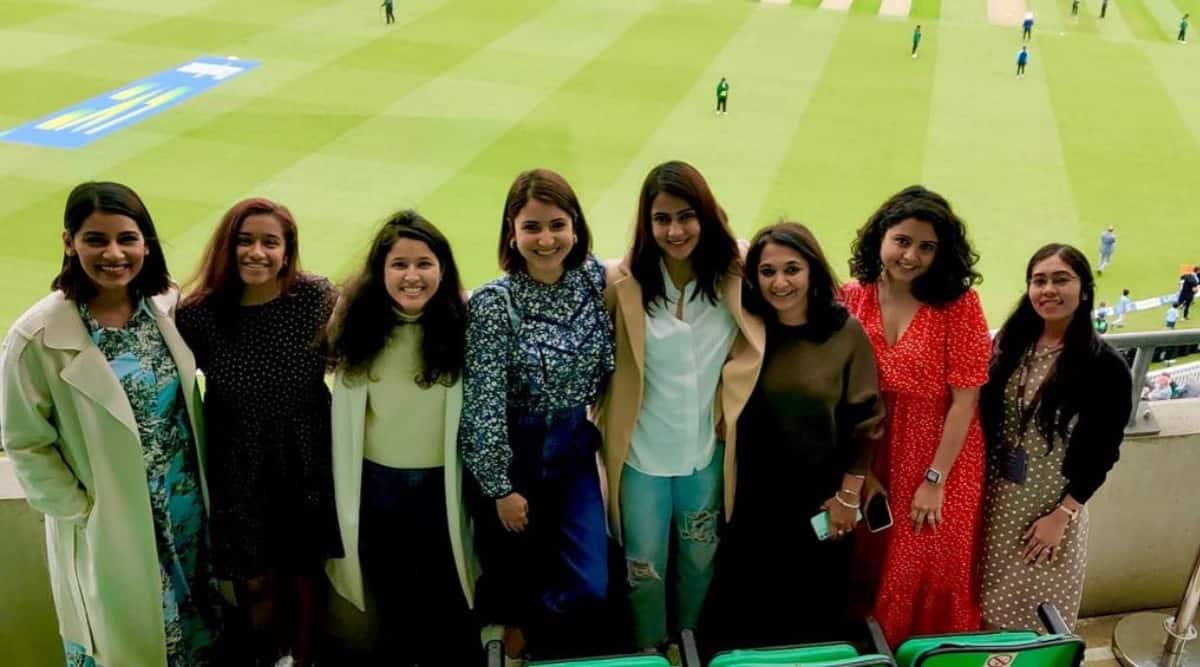 Bollywood actor Anushka Sharma is cheering for the Indian cricket team at the Oval along with Sanjana Ganesan, and the wives of other cricketers. India is playing the fourth test against England in London, UK.

TV presenter Sanjana Ganesan, the wife of cricketer Jasprit Bumrah, shared a picture of herself along with Anushka Sharma (wife of skipper Virat Kohli), Pratima Singh (wife of Ishant Sharma), Aashita Sood (wife of Mayank Aggarwal), and Prithi Narayanan (wife of R Ashwin). The caption of the photo read, “Back with the ladies !!! 😍”

The ladies posed for the picture as India played against England. All of them look chic in their western outfits. Anushka seems to be beaming with happiness as she smiles for the shutterbug. The Indian team is batting first after losing the toss.

Anushka has been giving a glimpse into her stay in London along with her husband Kohli and daughter Vamika. She often shares photos from the streets of England too.

On the work front, Anushka is expected to star in a film based on Jhulan Goswami. She was last seen on the silver screen in Shah Rukh Khan-starrer Zero, almost three years ago. The actor has been busy producing films and series in the meantime.

Last year, she won acclaim as a producer with the Amazon Prime Video series Paatal Lok and Netflix horror drama Bulbbul, directed by Anvita Dutt. Her upcoming production is Qala, which marks the screen debut of late Irrfan’s son Babil. It also stars Bulbbul star Tripti Dimri and has been helmed by Anvita Dutt Guptan.