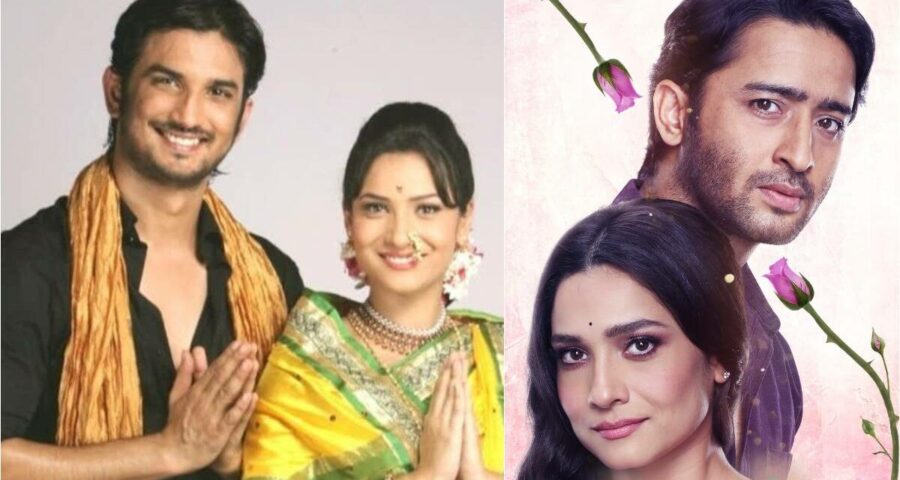 At the trailer launch of Pavitra Rishta 2, Ankita Lokhande remembered her times shooting with Sushant Singh Rajput and shared what he would have thought about the new season. Ankita Lokhande is going through a lot of nervousness and excitement ahead of her show Pavitra Rishta making a comeback with a new season. After running successfully on television for almost six years, the series will have its digital debut on ZEE5. While Ankita will reprise Archana, actor Shaheer Sheikh will step into the shoes of Sushant Singh Rajput as Manav.

At the trailer launch of Pavitra Rishta 2, Ankita spoke about how the show is very close to her heart. Calling it her ‘first born’, the actor said that she is overwhelmed at the moment. “It’s been 12 years of the show but Archana has been inside me till now. I created the character, the show and I think I was always attached to it. For me, and also its fans, Archana-Manav is an emotion,” she shared.

Answering indianexpress.com’s question on how Sushant would have felt about the show coming back, an emotional Ankita said, “He would have been really happy. He was a person who appreciated good work, and he has always encouraged me. I remember on the last day of Pavitra Rishta shoot, I just told him he should come on set. Even though he had quit it long back, he made an effort to come and meet the team. He loved the show, and it’s a known fact that Pavitra Rishta made both of us. If he was with us, he would have been really happy.”

As readers would know, Sushant Singh Rajput was found dead in his home last year in June. Sushant and Ankita worked together in Pavitra Rishta, and soon fell in love. While there were already rumours of marriage, the couple parted ways in 2016 but continued to wish the best for each other.

Ankita Lokhande shared that just listening to the title track makes her remember the times she spent with Sushant on set. “I just go back in time when we used to shoot. I remember there was a scene where I needed certain emotions, and as soon as I heard the tune I was in that zone. We have tried to recreate certain sequences of Manav-Archana that fans have loved. I am sure the audience will enjoy the show and their chemistry once again,” she added.

The actor also had some good things to say about her new hero. Sharing that she really wanted Shaheer to play Manav, Archana said, “He is a very good human being and that is why we connect so well. He has that innocence and genuineness that’s even clearly visible in his eyes, which is required in Manav. He also has that simplicity and I think no one could have done this part better. I really wanted him to be in the show.

Starting September 15, Pavitra Rishta 2 will stream on ZEE5. The eight-part web show has been directed by Nandita Mehta.