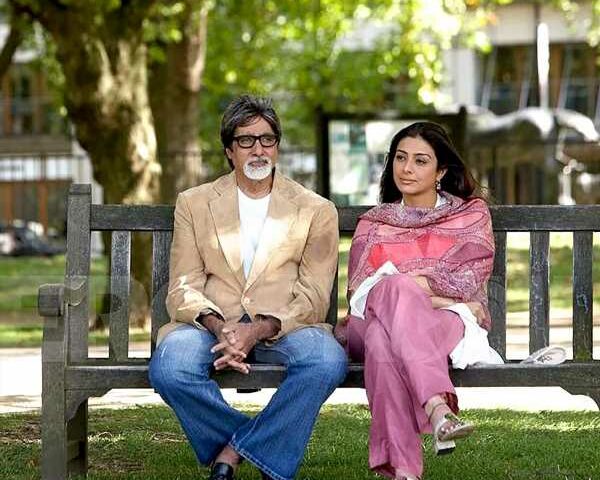 ‘Today, he has gone beyond being an actor, gone beyond superstardom, and become a character himself.’

Even before he signed him for his directorial debut Cheeni Kum, R Balki had written an ad for Amitabh Bachchan. And run out of the script narration.

As we continue to celebrate the Big B’s 80th birthday, the film-maker, who has cast him in every film he has directed, tells Rediff.com Senior Contributor Roshmila Bhattacharya, “If I had to sum him up as an actor and a person, I would do it in two words: Amitabh Bachchan. He is a proper noun to which we can append every exalted adjective.”

‘I had imitated his deep baritone…’ My first meeting with Amitji was for a narration of a Parker Pen commercial which I had scripted and Mansoor Khan was directing.

It was his first ad after his comeback.

He had already signed on for it when I landed up for the presentation.

I started reading, it was a funny script, but I didn’t hear any laughter.

I looked up from the paper and saw him watching me with a poker face, a slight smile playing on his lips.

Even as I was wondering if he liked it or not, it suddenly struck me that while reading, I had unconsciously imitated his deep baritone and was speaking like him.

Embarrassed, I ran out!

‘The first shot we did in three takes’ 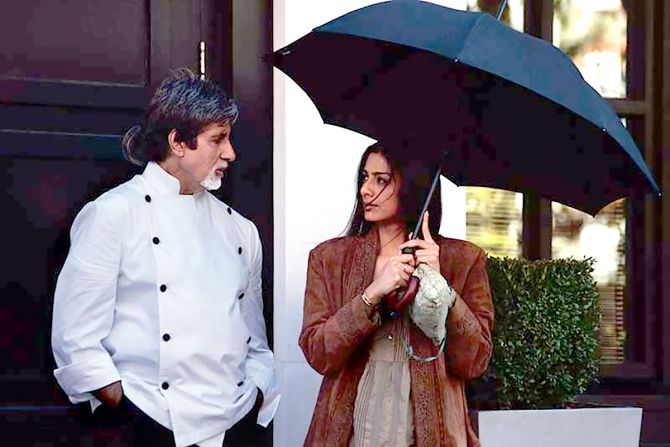 I texted him asking if I could come across and narrate it to him in one line.

Amitji is a man of few words, he responded with an ‘Okay, come.’

I sounded him out, saying I would develop it if he liked it.

When I went back to him with the Cheeni Kum script, he simply said, ‘Okay, let’s do it.’

On the first day of the shoot, we were filming the scene where he is in the kitchen, firing the chefs.

It was the first time I was directing him, an iconic actor.

In fact, it was the first time I was directing a film.

After the shot, I told him to lower the pitch slightly.

He gave me a look, went back, and did it a second time.

I gestured to him again that I wanted him to pitch the character differently.

The first shot of the film we did in three takes.

And after that, I didn’t have to tell him a thing.

He was pitch perfect! I had written Paaa s a breezy comedy.

After hearing the script, Amtji said, ‘This is fun, I will definitely do it, but it can be a little more emotional.’

I was fuming when I reached home and tore the papers.

Then, after seven days, I sat on my laptop and read the script again.

I realised what he had said was absolutely right.

I rewrote the script and went back to him after 30 days.

‘His appearance marks a defining moment in my films’ He has a feel for subjects and expresses himself simply.

It’s fantastic that he has been a part of every film I have directed.

In Ki & Ka, Jayaji and he played themselves, a brief appearance, but for me, they were the central characters of the romcom which inverted socially-defined gender roles.

I showed him the rough cut of Chup, when we finished. He was very moved and said he couldn’t speak.

Around 3-4 pm the same day, he called to ask if we could meet.

When I reached, he sat at the piano and played a tune he had composed spontaneously to express what the characters and the film had made him feel.

‘It’s beautiful!’ I told him, and asked him to give it to me, saying I would use it in the end title track to sum up the film.

Amitji being Amitji went back to his recording studio, touched it up before gifting me his first official composition.

In my upcoming film Ghoomar, he plays a cricket commentator. 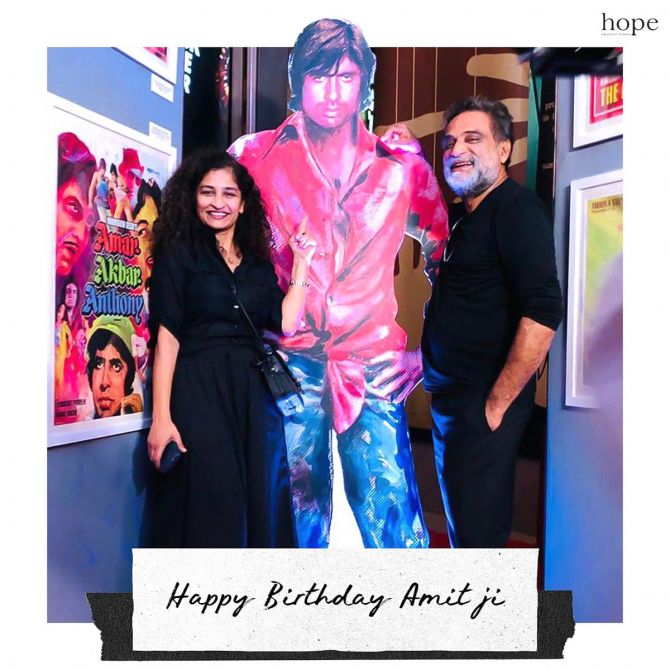 Amitji is not my lucky mascot, I am just lucky to be living in the same era as him.

I cherish that and I am glad to have known him.

When I do a film with Amitji, it has to be iconic in some way, a subject that has not been explored before.

And while I wait for the great idea to come, I have these small ideas I go to him with.

It’s an honour that he condescends to accept my little requests.

Today, he has gone beyond being an actor, gone beyond superstardom, and become a character himself.

He brings a lot of Amitabh Bachchan to the characters he plays, lends them his persona, star power and dignity.

He understands every subtle nuance, bringing to the screen every emotion.

If I had to sum him up as an actor and a person, I would do it in two words: Amitabh Bachchan.

He is a proper noun to which we can append every exalted adjective. 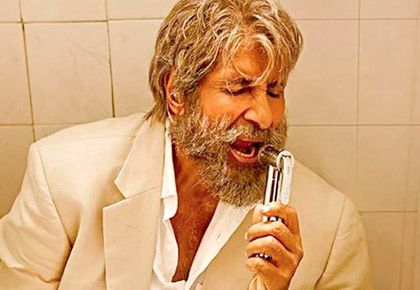