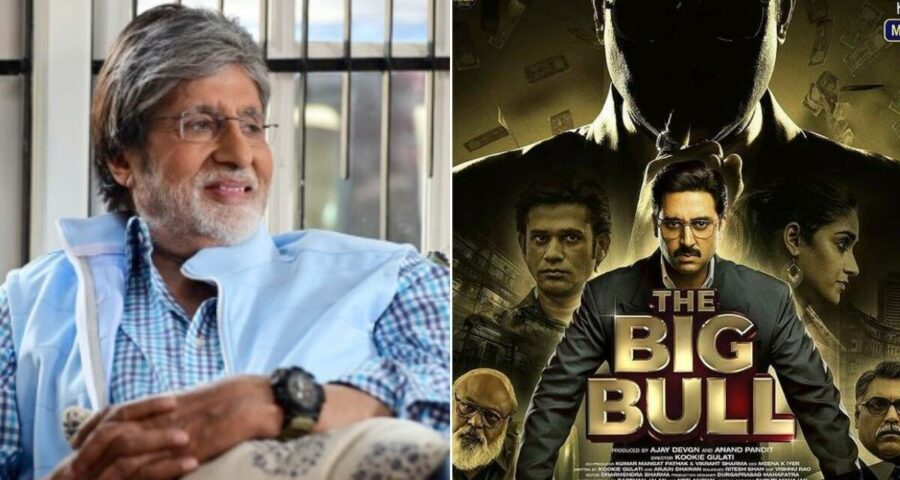 Amitabh Bachchan watched The Big Bull on Thursday with his daughter Shweta Nanda, grandchildren Navya and Agastya, son Abhishek and wife Jaya who joined him over a video call. 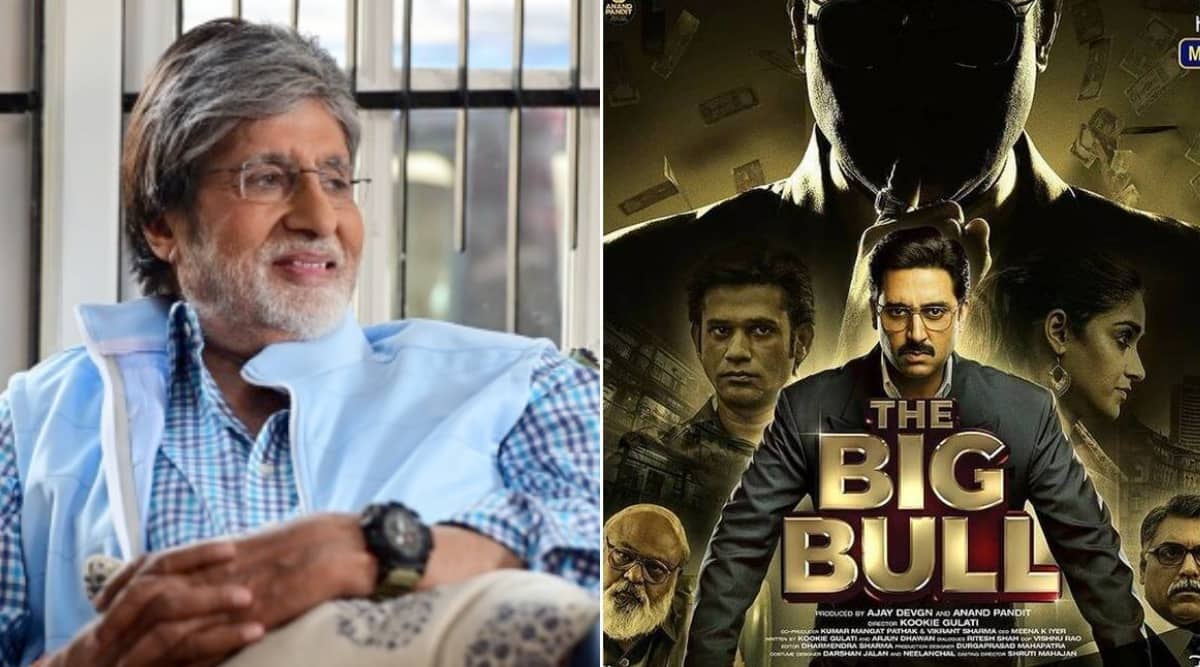 Amitabh Bachchan is all set to watch Abhishek Bachchan’s latest release The Big Bull for the fourth time. The actor is filled with pride to watch his son’s performance in the Kookie Gulati directorial. The Big Bull is based on the financial scam of 1992 involving stockbroker Harshad Mehta. It chronicles his rise in the stock market and his eventual fall.

Taking to Twitter, senior Bachchan wrote, “T 3868 -‘apintment’ बरकरार , रहा धुआंदार तीन बार देख चुके , आज रात चौथी बार Bhaiyu.” The 78-year-old actor also wrote a long note on his blog where he mentioned “that Big Bull had been seen privately within the confines of the home much earlier” but “the excitement of watching it when the entire world shall be seeing it at the same time, was different ..”

Big B watched The Big Bull on Thursday after its release on Disney Plus Hotstar. He was joined by his daughter Shweta Nanda, grandchildren Navya and Agastya, son Abhishek and wife Jaya over a video call. While Shweta is with Amitabh in Mumbai, Jaya Bachchan is in Kolkata and Abhishek is shooting in Lucknow. Agastya and Navya joined from New York.

“For a Father it is ever a moment of great pride to see their ‘progress report’ prosper and do well .. I am no different from any other Father .. the mention of such always brings emotion and tears .. particularly when there is an exhibition of immense value .. ” Amitabh Bachchan wrote on his blog.

He further shared, “The drive back from work was indulgent .. connect mobile to Disney Hotstar .. on with the dongle for internet connectivity .. open the packet of biscuits and the aerated water and .. there he is .. my SON ..Stop the relay on the reach of Jalsa .. rush up to the tv and continue as we were before, Face Timing in multiple presence imagery with Kolkata, New York and Lucknow and Shweta downstairs all at once and the joy of sharing our love and appreciation ..”

Beaming with pride, the ‘Shehenshah’ of Bollywood concluded, “Aahhh .. children shall always be in the softest of spots no matter what !! And when they do something remarkable the pride and the chest swells further ..”