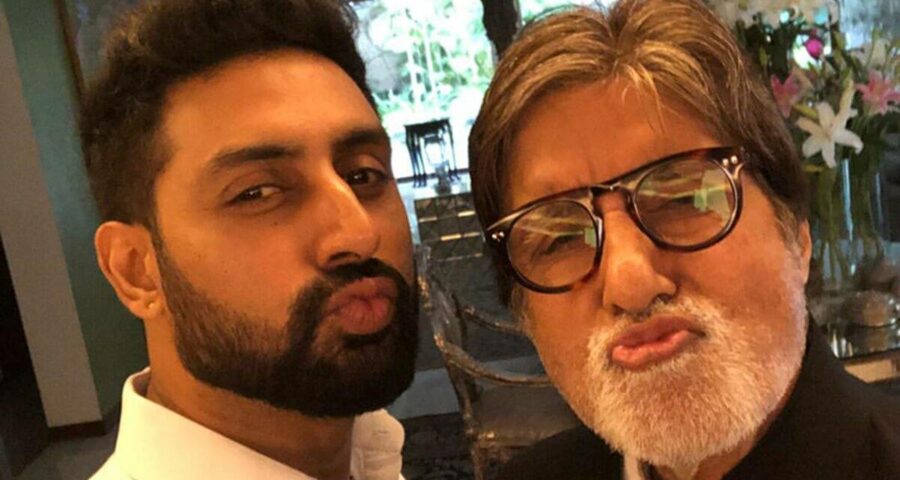 Abhishek Bachchan starrer The Big Bull released on the streaming platform on April 8 and while the film has received harsh reviews, it appears that the audience is watching the film at home. Amitabh Bachchan is immensely proud of his actor-son Abhishek Bachchan and recently congratulated him on the success of his latest film The Big Bull. The film has been declared as the ‘biggest opener of the year on Disney+ Hotstar’ by the streaming platform itself. Quoting the same tweet, Amitabh wrote, “T 3876 -Amitabh Bachchan WHTCTW .. well done buddy .. pride of a Father .. when the Son starts wearing your shoes then he is no longer your son .. he is your friend .. so well done buddy !! .. PKRD.”

The KBC host elaborated on the same on his blog as he shared, “Don’t go by the 19.5 K views number .. that was within minutes of it going up .. the numbers on it last night were in the millions .. 6 million and rising .. i mean the purists said it was huge .. mostly it goes into a million or so for other counters but this one has gone .. yaa .. to the roof of the Stock Exchange .. .. keeping the ref., of the film story in mind !!”

He added, “and overwhelmed with the paying off of the hard work of Abhishek, it is difficult to comment any more.”

Abhishek Bachchan starrer The Big Bull released on the streaming platform on April 8 and while the film has received harsh reviews, it appears that the audience is watching the film at home. The Indian Express’ Shubhra Gupta gave the film 1.5 stars and called the film “a muddled mix of stodginess and melodrama.”

“Bachchan, with his slicked back hair, fat rings, comfortable belly, looks the part. His patent sincerity comes through in places, but like the rest of the movie, his Hemant/ Harshad lacks conviction: bursting into bouts of loud, exaggerated laughter, which his character does more than once, doesn’t quite cut it,” the review further read.