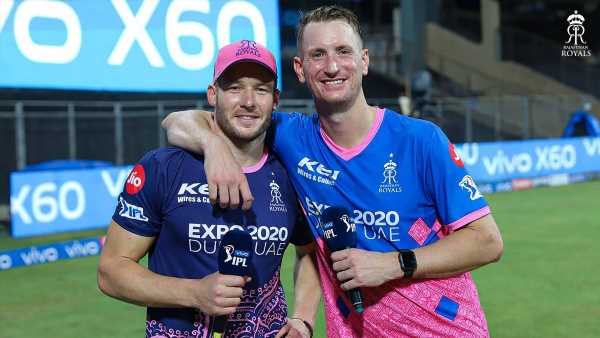 ‘We had Miller and Morris, but I thought it was tough. The boys did really well to get over the line.’ Even the presence of proven performers David Miller and Chris Morris was not assuring enough for Rajasthan Royals skipper Sanju Samson, who thought the two destructive batsmen may not be able to win their IPL match against Delhi Capitals Mumbai on Thursday.

Chasing 148 for their first win of the season, the Royals were reeling at 42 for five but the South African players pulled off a three-wicket win with Miller hitting 62 and Morris producing a breathtaking 36 off 18 balls.

“To be very honest, I thought that it was tough from 40 for 5. We had Miller and Morris, but I thought it was tough. The boys did really well to get over the line,” Samson said at the post-match presentation ceremony.

“It’s about reading the conditions. It was a little sticky at the start. Taking pace off is the strength of our fast bowlers and that worked out,” he said.

Talking about his bowlers who did well to restrict Delhi under 150, Samson said: “Hard lengths and mixing up with the variations was the key. That’s also our strength — three left-armers. They are slightly different from the others so we can use them in a different way. We had a chat with Sakariya, he was very confident and very clear.”

Samson had denied the strike to Chris Morris in the first game as RR needed five runs of the final two balls against Punjab Kings. Samson then was dismissed on the final ball of the game and Punjab gained a victory by four runs.

Talking about the decision in the first game, Samson said: “Always sit back and review my game. If I play that match again 100 times I would not take the single.”

Morris said the Capitals batsmen did not handle the bounce well but their bowlers hit the right length.

“That happens every now and then in the game of cricket, I thought Delhi played really well. Dave played a great hand and it went our way.

“I think the dew plays a part here. I think they hit the length a lot better than we did and they got a lot of guys skying with the extra bounce. But we would have taken a chase of 140-odd.”