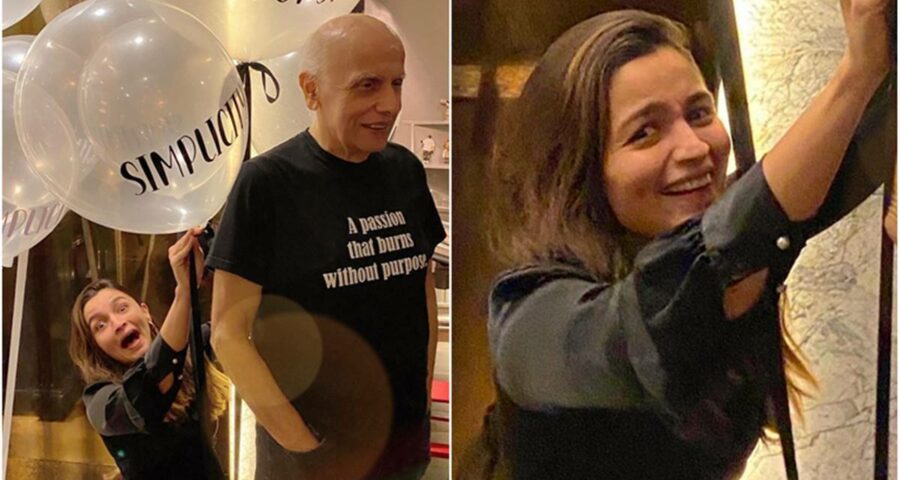 In both the pictures, Alia is seen in her candid self. She can be seen smiling and having fun. The birthday party seemed to a theme bash as Alia and Mahesh both twinned in black. Alia was seen holding two balloons that had “Birthday Pops!” and “Simplicity” written over them. As soon as Pooja dropped the pictures, several fans poured in birthday wishes. Fans of Alia were unable to take their eyes off the actor. “This is so cute!” wrote a fan, while another comment read, “Happy birthday sir jii god bless U…t.c. forever… Live long stay strong.” Jackie Shroff also posted a comment on the picture. He wrote, “Boss, happiness always.”

Alia worked with Mahesh Bhatt in Sadak 2, which released last year. The film marked Alia’s first project with the director and her sister Pooja Bhatt.

The actor is currently busy with several projects. She has wrapped up Gangubai Kathiawadi, RRR, Brahmastra, Darlings and is currently shooting for Karan Johar directorial Rocky Aur Rani Ki Prem Kahani, which reunites her with her Gully Boy co-star Ranveer Singh.

Apart from acting, Alia is set to make her production venture debut with Darlings. “We have done our best to make a film that we are hoping you will love,” she wrote along with an Instagram reel, which gave a sneak-peek into the world of Darlings. Alia has also signed Farhan Akhtar’s directorial project Jee Le Zaraa, which will see her sharing the screen space with Priyanka Chopra and Katrina Kaif. The film, which is an all-girls road trip feature, was announced earlier this year.