Freddy is jointly produced by Balaji Telefilms and Northern Lights Films. It will mark Alaya F's second film with Ekta Kapoor after the upcoming U Turn remake for which the actor began shooting in July. 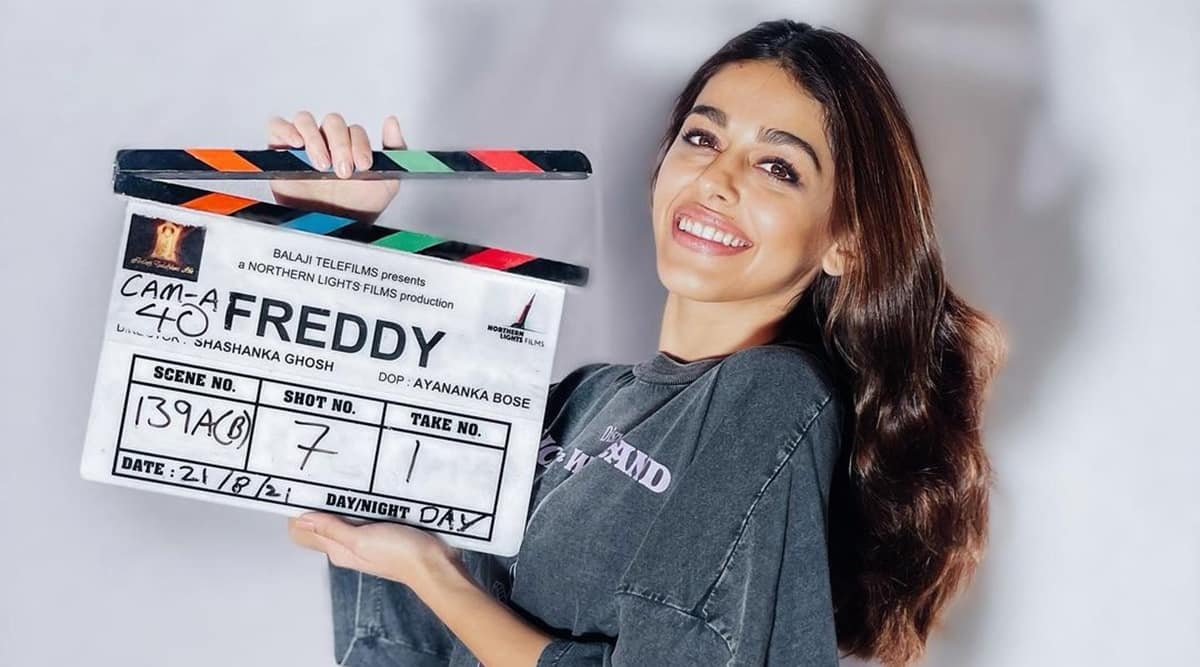 Kartik Aaryan’s Freddy has found its female lead in Alaya F. The actor on Saturday announced on social media that she has joined the film. Sharing a picture holding a clapboard of the film, Alaya expressed her excitement about joining the romantic-thriller.

“Ready for Freddy! Sooooo happy to be on board with the most wonderful team!” Alaya wrote, captioning the picture. She was welcomed by her co-star with a lovely picture of her cutting a cake that had “Welcome Alaya” written on it.


In a sweet gesture, Kartik wrote alongside the photo, “Welcome @alayaf From Freddy.”

Under the post, Alaya commented, “When did you decide to post this!!” To which Kartik replied, “Freddy loves to give surprises.”

Kartik has begun shooting for the film, being helmed by Shashanka Ghosh who last directed Kareena Kapoor-Sonam Kapoor-starrer Veere Di Wedding (2018). Like Veere, Freddy is also produced by Ekta Kapoor.

Earlier, talking about the project, Kartik had said, “As an actor, I crave to explore different facets of entertainment and with Freddy, I’m venturing into an uncharted territory which is both exciting and intriguing in equal measures. I look forward to dwelling in the world of Freddy and bring alive this dark romantic thriller. It also marks my first collaboration with a visionary like Ekta Kapoor and creatives forces like Jayu and Shashanka. Couldn’t have asked for a better team on this new journey.”

Freddy is jointly produced by Balaji Telefilms and Northern Lights Films. It will mark Alaya F’s second film with Ekta Kapoor after the upcoming U Turn remake for which the actor began shooting in July. The original, a 2016 Kannada supernatural thriller, starred Shraddha Srinath in the lead role. It was written, directed and produced by Pawan Kumar, who had also helmed its Telugu-Tamil remake starring Samantha Akkineni.