Many pictures of Tamil actor Ajith from his road trip are going viral on social media. Boney Kapoor also posted a series of pictures of Ajith where he is seen on a bike. 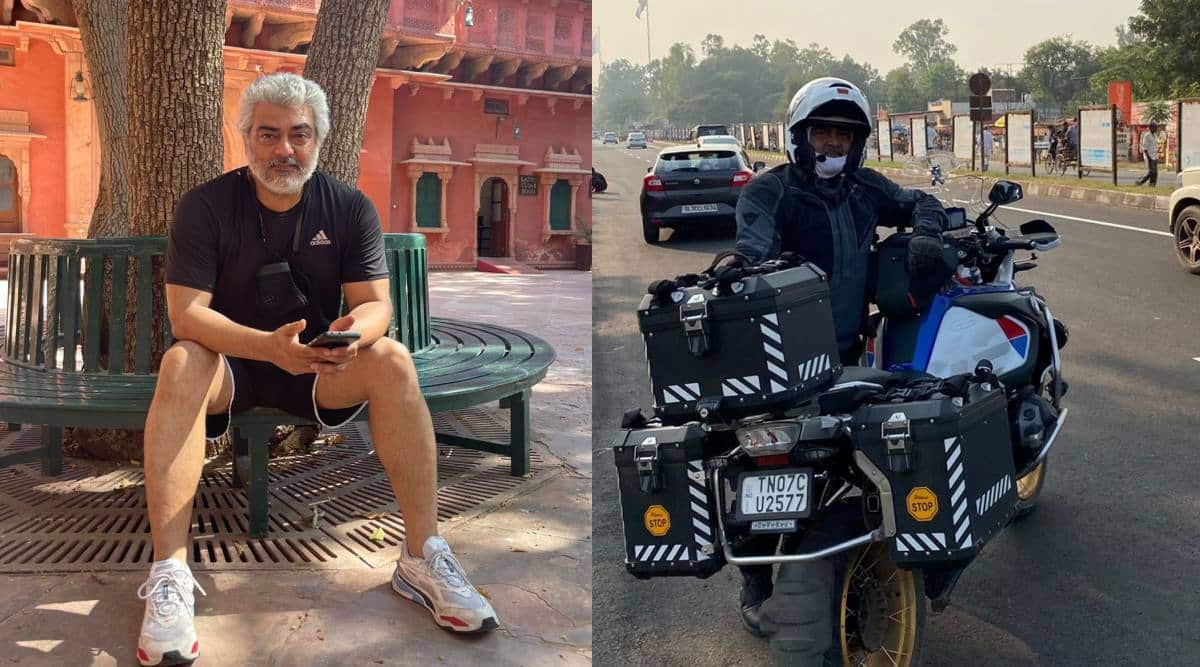 Tamil actor Ajith, after finishing the shoot of Valimai, is on a biking trip. Many pictures of the actor from his road trip are going viral on social media. Filmmaker Boney Kapoor also posted a series of pictures of Ajith where he is seen on a bike and with the soldiers of the Indian army.

“Nothing can stop him from living his passion and making his each dream come true. Universally Loved. #AjithKumar” Kapoor wrote on Twitter. Boney Kapoor’s Valimai marks his second collaboration with Ajith. Earlier, the duo had collaborated for Nerkonda Paarvai, which is a remake of Hindi hit Pink.

Several other photos of Ajith show him travelling across many locations across Northern India. He has visited Amritstar’s Wagah Border and he had also stopped by the national capital, Delhi. Some reports suggest that the popular star has been riding on a BMW R 1200 GS sports bike.

In his early days, Ajith seemed to have had more passion for being a racecar driver than being an actor. He started his modelling career so that he can support his training to become a professional car racer. Even after making his debut as a lead actor with Amaravathi in 1993, he continued to pursue his interest in auto racing.

However, after Ajith suffered a serious back injury, he started doing more movies. He has competed in circuits in Mumbai, Chennai and Delhi. He has also taken part in international races. The actor has raced in the 2003 Formula Asia BMW Championships, 2010 Formula 2 Championship among other prestigious championships.

Ajith’s Valimai will release in the theaters in 2022. The actor will once again collaborate with H Vinoth and Boney Kapoor for a movie, which has been temporarily titled Thala 61.