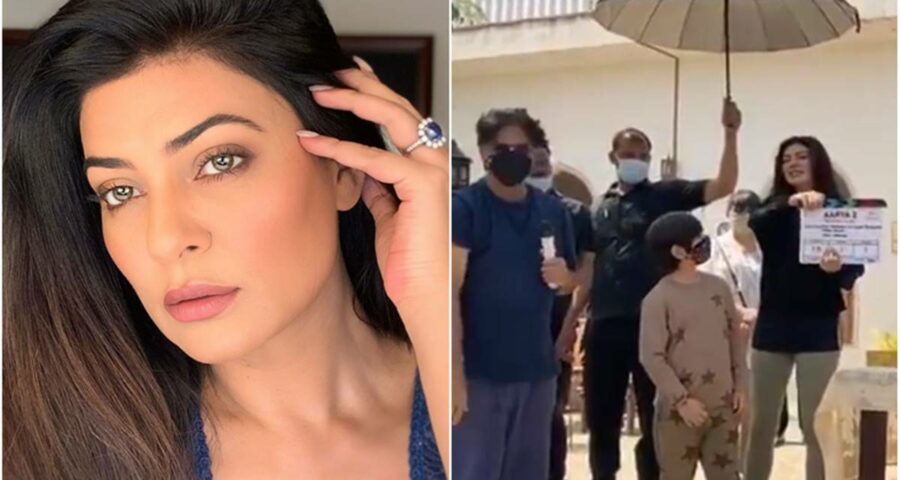 Sushmita Sen has started shooting for Ram Madhvani directorial web series Aarya 2. The actor, who announced its second season earlier this week, gave the first clap of the mahurat shot. Aarya debuted on Disney+ Hotstar in 2020. On the official Twitter handle of Ram Madhvani Films, the makers shared a video, featuring the director and Sushmita commencing the shoot.

Aarya marked Sushmita Sen’s digital debut as well as her comeback to acting. It was also filmmaker Ram Madhvani’s entry in the web space. Apart from Sushmita, the series also starred Chandrachur Singh, Namit Das, Sikander Kher and others in pivotal role.

While there is no official announcement about the plot and other details of its new season, a source told indianexpress.com that the makers were always kicked about taking the story ahead with a new installment. “The idea was to continue Aarya’s story and how she deals with newer challenges, while fighting her own family. The team had been prepping up for the new season for a long time, and it’s set to go on floors soon. The show would mostly launch sometime later this year.”

Sushmita, who plays the titular role in the series, garnered mostly positive response for her performance. She even won the Best Actress-Web Series award at Dadasaheb Phalke International Film Festival Awards 2021, recently.

The actor shared her acceptance speech video on her Instagram profile. “Of the many things I have learnt over the years as an actor and a person is that everything we do in our lifes needs a teamwork. This moment, this honour is also a result of teamwork,” the actor said in the video.

Sushmita gave the credit of her win to Aarya’s team and said, “It is an honour and a privilage to receive this. I thank God and my fans.”