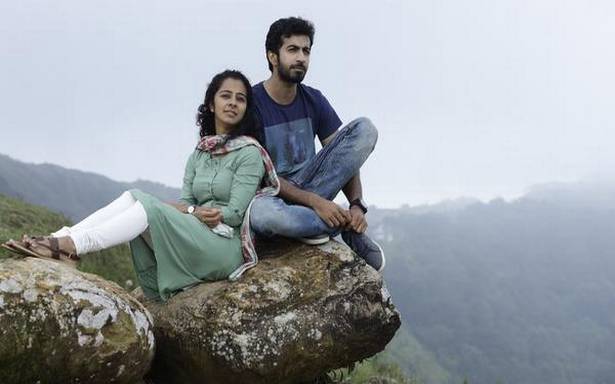 Aanum Pennum (Man and Woman), which released on (March 26) is what came out of that idea. Since Rajeev could not take time off from the work on Thuramukham, the other three went ahead with their segments. Rajeev presents the film. “We wanted to focus on relationship dynamics and how female sexuality has evolved or changed in Kerala since the 1940s.Through three short films, we explore the theme,” says Rajeev.

All through lockdown last year, anthologies in Tamil, Telugu, Hindi and Malayalam, featuring a wide range of thematic subjects, have found takers among audiences. Films such as Unpaused, Lust Stories, Ghost Stories (all in Hindi), Paava Kadhaigal, Puthum Pudhu Kaalai (Tamil) and so on did well on OTT platforms. In Malayalam, anthologies have generally done well though not all segments in such films have managed to get their act together.

“Anthologies give established directors the opportunity to experiment with off-beat themes and narratives. Since it is a short film, they are not hemmed in by budgets or haunted by commercial concerns. At the same time, it is not a short film per se but part of a larger picture. Similarly, top actors get to try different characters, those that are radically different from what they might get to do in a feature,” says Meenakshi Shedde, film critic and South Asia consultant to the Berlin Film Festival.

The three segments in Aanum Pennum have been written by three top-notch writers in Malayalam — the late Uroob, Santhosh Echikkanam and Unni R. Venu, who wrote the script for his short, says, “It was a joint decision to choose ‘Rachiyamma’ for one of the segments. More than her complexion or looks, it is her independent mind and individual outlook that makes her stand out.”

Parvathy Thiruvothu and Asif Ali in a still from the short film ‘Rachiyamma’ in the anthology ‘Aanum Pennum’ | Photo Credit: Special arrangement

He adds that since the narrative and making of a short film is different from that of a feature the craft involved too is different. “Usually, short films are around 20 minutes. Although they were not so popular a decade ago, now short films have come into their own. It is interesting to tell a story with a short span of time.”

‘Rachiyamma’ has Parvathy Thiruvothu and Asif Ali in the lead roles while Aashiq’s ‘Rani’ has Darshana Rajendran and Roshan Mathew in the lead along with Kaviyoor Ponnamma. “It is a story of a man’s lust and how he tries to woo this woman from Wayanad. But she sees through his conversations and games and realises what is it that he is after. But, for me, the real surprise is Kaviyoor Ponnamma. Never before would you have seen her in a role like this,” says Unni who has earlier been a part of two successful anthologies — ‘Bridge’ in Kerala Café and ‘Kullante Bharya’ in Anchu Sundarikkal.

Joju George and Samyuktha Menon in a still from the short film, ‘Savitri’ in the anthology ‘Aanum Pennum’  | Photo Credit: Special arrangement

Ezra-director Jay’s segment ‘Savitri’ has Samyuktha Menon and Joju George playing the main characters. The film is set in the late forties and early fifties, a period of great political and social changes in Kerala.

“We read Thoppil Bhasi’s Olivile Ormakal and derived inspiration from those real life stories to make this segment, which is also based on a real-life incident. Santhosh [Echikkanam] has focussed on one such Left activist who is forced to go underground and her experiences during that period,” says Jay, adding, “A lot of women during the period were active workers in the Communist movement and some of them had to go into hiding to evade the authorities’ relentless pursuit. Our segment narrates the story of one such woman.”

Roshan Mathew and Darshana Rajendran in a still from the short film ‘Rani’ in the anthology, ‘Aanum Pennum’  | Photo Credit: Special arrangement

It is situations and people that bring out the transformation in the character arc of the women in the three segments., of which ‘Rani’ is set in the present period.