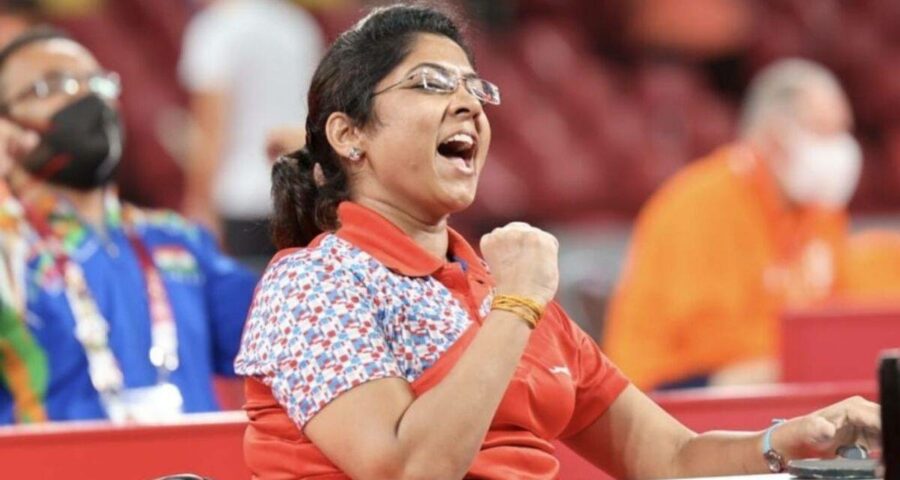 Patel scripted history on Saturday when she stunned her world no. 3 Chinese opponent 3-2 to become the first table tennis player from the country to reach the final of the Paralympics. Prime Minister Narendra Modi on Saturday congratulated Bhavina Patel for her sensational semifinal win at the Tokyo Paralympics, saying her accomplishments have inspired the entire nation.

Patel scripted history on Saturday when she stunned her world no. 3 Chinese opponent 3-2 to become the first table tennis player from the country to reach the final of the Paralympics.

“Congratulations Bhavina Patel! You played excellently. The entire nation is praying for your success and will be cheering for you tomorrow. Give your best and play without any pressure. Your accomplishments inspire the entire nation. #Paralympics,” Modi tweeted.

I don’t consider myself as disabled: Bhavinaben Patel

Assured of at least a Paralympic silver medal after reaching the table tennis finals here, India’s Bhavinaben Patel on Saturday said she doesn’t consider herself as disabled and her performance at the Tokyo Games proves that “nothing is impossible”.

“…I don’t consider myself as disabled, I am always confident I can do anything and today I also proved that we are not behind and para table tennis is as ahead as other sports,” said Patel, who was diagnosed with polio when she was 12 months old. “I fought against China and it is always said that it is difficult to win against China. Today I proved that nothing is impossible, you can do everything…”

This was Patel’s first victory against the former world number one Zhang. The two players had met 11 times before.
Patel, who plays in a wheelchair, will take on world number one Chinese paddler Ying Zhou in the summit clash on Sunday.

She said focussing on mental aspect of the game helped her during the match.

“My schedule used to start at 4am and I used to focus more on my mind, through meditation and yoga I learnt to keep myself calm. During matches, sometimes we make mistakes in a hurry and we lose points but I could control my thoughts today,” she said.

“I want to thank the coaches, who taught me tricks and technique because of them I have been able to reach here.”
Patel also acknowledged the support that she received from different quarters.

“When a player doesn’t get financial support, it becomes difficult to move ahead in sport because the expenses of playing tournaments are so huge and it is difficult to afford for a middle class family but SAI, TOPS, PCI, government, OGQ, Blind People’s Association, my family, all have supported me.”