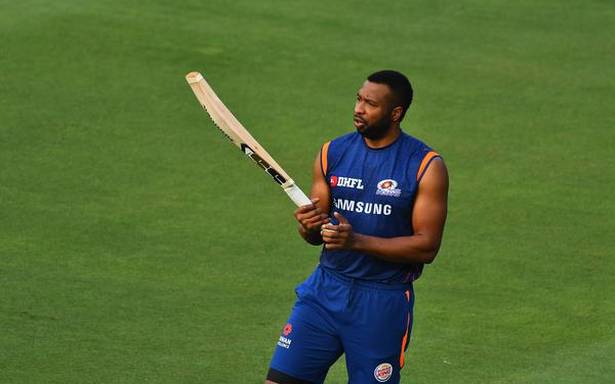 ‘At this point of time, we are playing the IPL tournament’

Kieron Pollard, the senior most Mumbai Indians cricketer, has contradicted MI bowling coach Shane Bond, stressing that the T20 World Cup is irrelevant for those featuring in the Indian Premier League.

“To be honest, World Cup is irrelevant. At this point of time, we are playing the IPL tournament. When you are in a tournament as an individual, you look to think about the present and not look too far ahead,” Pollard said after MI defeated Punjab Kings on Tuesday night, in response to a query on its out-of-form middle-order, which includes Ishan Kishan and Suryakumar Yadav who are a part of India’s T20 World Cup squad.

“It’s just a matter of giving the guys the confidence that they’ve done it before and can do it again. To find the problem and then find the best solutions to what’s happening. These are the guys who have done it for us time and time again.”

Last week, while responding to a question about Hardik Pandya’s absence from IPL’s second leg, MI bowling coach Bond had said the franchise was “balancing the needs of our team with the needs of Team India” with an eye on the T20 World Cup.

Despite the contradiction, Bond would be pleased with Pollard’s twin strikes in the same over on Tuesday night. The wickets of Chris Gayle and K.L. Rahul meant Pollard became the first cricketer to achieve the double of 10,000 runs and 300 wickets in T20 cricket.

The burly Caribbean was delighted with his achievement but stressed that to be a “better human being” than his on-field exploits mattered more to him.