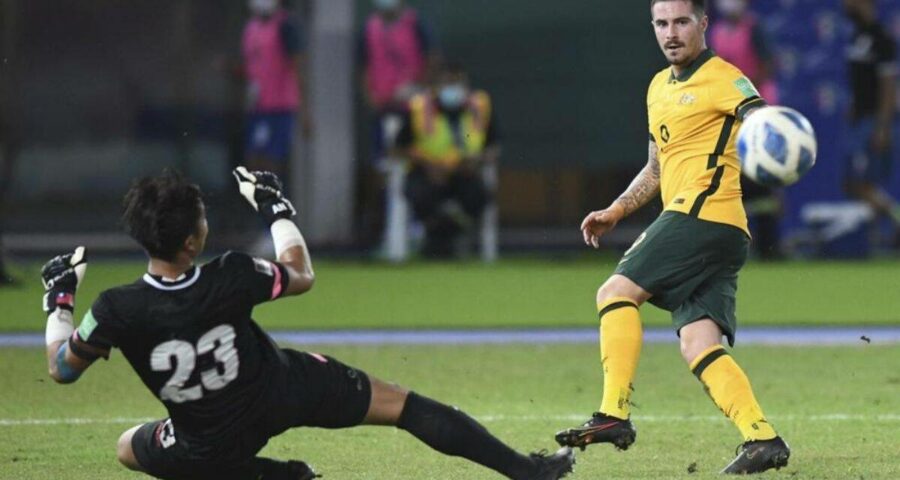 Syria became the second team to advance to the third round with a 3-0 win over Guam in Sharjah, its seventh successive win in Group A. 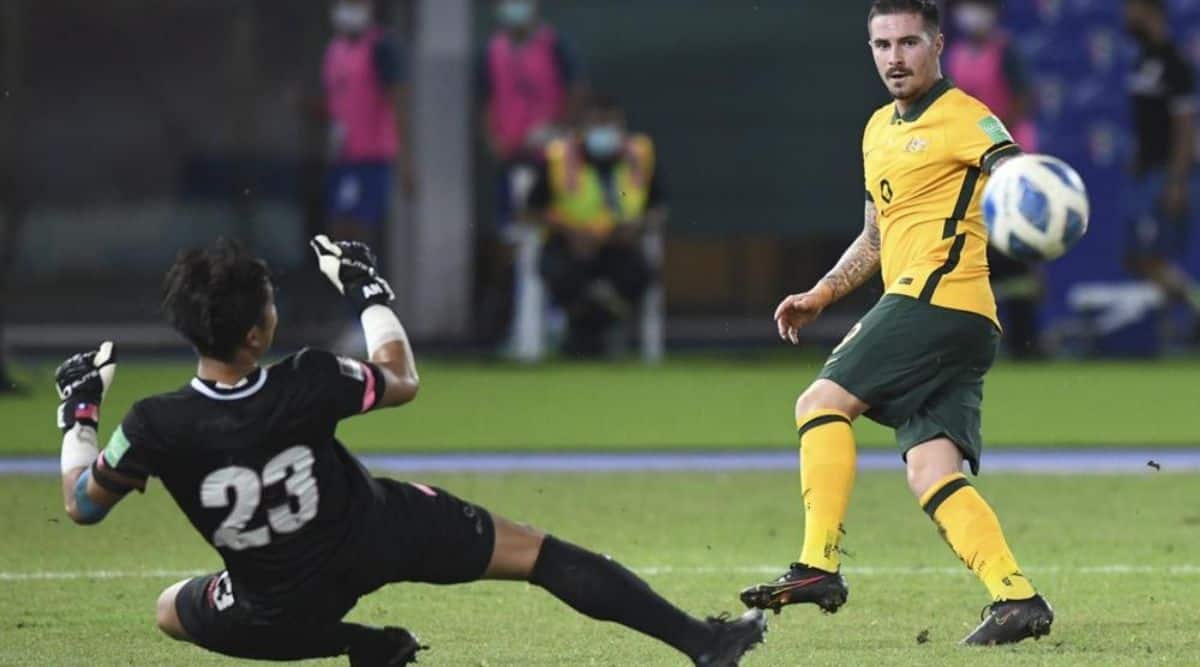 While players from Japan, Australia and Syria were extending winning streaks, a defender from Kyrgyzstan was having some difficulty handling a new assignment in Asian qualifying for the 2022 World Cup.

Kyrgyzstan was forced to play a second-round qualifier with a defender in goal on Monday because all three of the national team’s goalkeepers were self-isolating following a COVID-19 outbreak.

Aizar Akmatov instead played between the posts, allowing one goal in a 1-0 loss in Group F to Mongolia, which is ranked 192nd of FIFA’s 211 teams. Oyunbaataryn Mijiddorj scored in the 34th minute for Mongolia, which posted its second win in eight matches but remained in last spot.

At the top of the group, Japan beat Tajikistan 4-1 for its seventh victory in seven matches in this stage.

Japan had already secured a place in the third round of qualifying.

Syria became the second team to advance to the third round with a 3-0 win over Guam in Sharjah, its seventh successive win in Group A.

Australia had a 5-1 win over Taiwan for its sixth straight victory in Group B, staying five points clear of Jordan. The Australians can move into the next round with a win on Friday over Nepal. Goals from Harry Souttar, Jamie Maclaren, Trent Sainsbury and two from Mitchell Duke secured the points, with Gao Wei-Jie scoring for Taiwan after 62 minutes.

“The performance was very good,” Australia’s head coach Graham Arnold said. The Australians have a run of four games within two weeks, so squad rotation is part of the process.

“We had a very inexperienced team that was given an opportunity — only a couple of senior players around them,” Arnold said. “They handled everything really, really well.”

Only the eight group winners progress automatically to the third round, which is set to start in September, along with the four best second-place teams.

China is eight points behind Syria and can only hope to finish second in Group A despite a 2-0 win against the Philippines. The goals came from Wu Lei and Wu Xinghan.

“It was a tough game and a good win,” China coach Li Tie said. “There are still two games left but we are focused only on the next one.”

Second-half goals from FC Zenit striker Sardar Azmoun and Mehdi Taremi of Porto gave Iran a 3-0 win over Bahrain. Iran is in second place in Group C and just two points behind Iraq, which beat Cambodia 4-1.

Uzbekistan thrashed Singapore 5-0 to move two points behind Saudi Arabia in Group D, India posted its first victory in Group E with a 2-0 win over Bangladesh, and Vietnam stayed atop Group G with a 4-0 win over Indonesia in Dubai. United Arab Emirates moved into second, two points behind, after defeating Thailand 3-1.