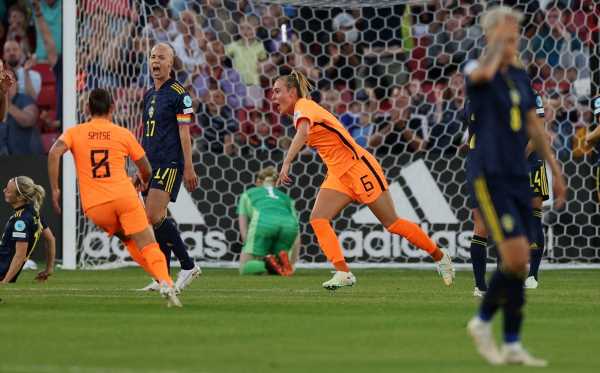 Images from the Women’s European Football Championship matches in England on Saturday. 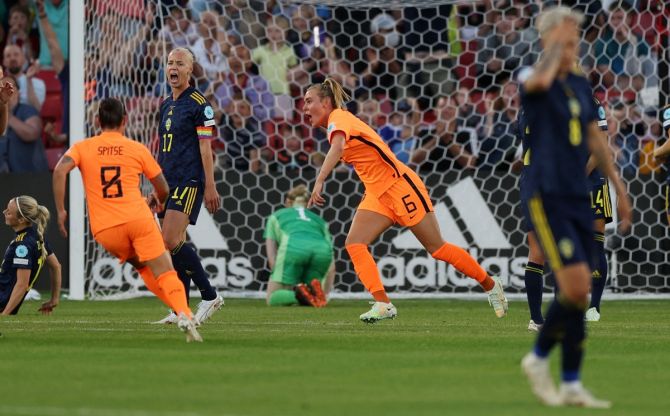 Netherlands midfielder Jill Roord cancelled out Jonna Andersson’s opener for Sweden as the defending champions salvaged a 1-1 draw in their heavyweight Group C clash at the women’s European Championship on Saturday.

Both teams started cautiously and a dull first half at Bramall Lane sprung to life when Sweden took a deserved lead in the 36th minute through Andersson, who smashed home from close range following some excellent wing play from Kosovare Asllani.

Lina Hurtig almost got a second with a diving header minutes later before Danielle van de Donk blazed over for the Dutch, capping a miserable half in which they took off goalkeeper Sari van Veenendaal and defender Aniek Nouwen due to injury.

Netherlands manager Mark Parsons told reporters that both players had been taken to hospital but he was not sure of the extent of the injuries.

“We remained calm. How often do you lose your captain and central defender in the first half?” he said.

“We are concerned about their situation, but their replacements (keeper Daphne van Domselaar and Marisa Olislagers) did very well. I’m proud of how we fought back. In the end it’s a shame we didn’t win.”

Netherlands, watched by their men’s team’s head coach Louis van Gaal, flew out of the traps after the break and hit back through Roord in the 52nd minute after she was brilliantly set up by Arsenal forward Vivianne Miedema.

Miedema grew into the game as the half wore on, driving at the Swedish defence with real menace, and nearly played in Roord for the winner but the Wolfsburg player was denied by a superbly timed tackle from Magdalena Eriksson. 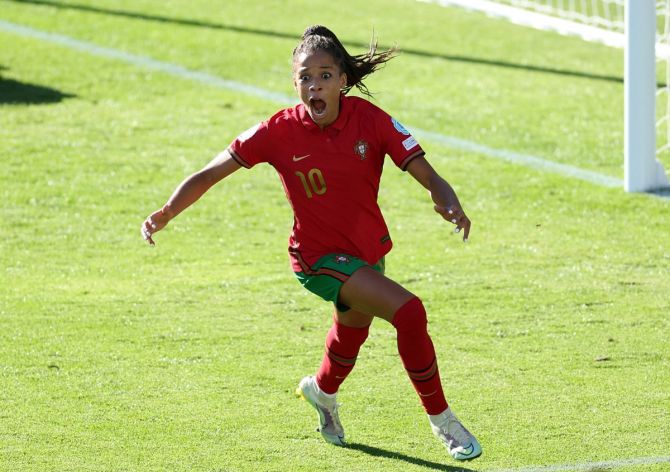 Portugal came back from two goals down to draw 2-2 with Switzerland thanks to an inspired second-half comeback in their opening Group C match.

Switzerland had the perfect start when Coumba Sow pounced on a poor defensive clearance in the second minute to fire home from outside the box, leaving keeper Ines Pereira scratching her head. 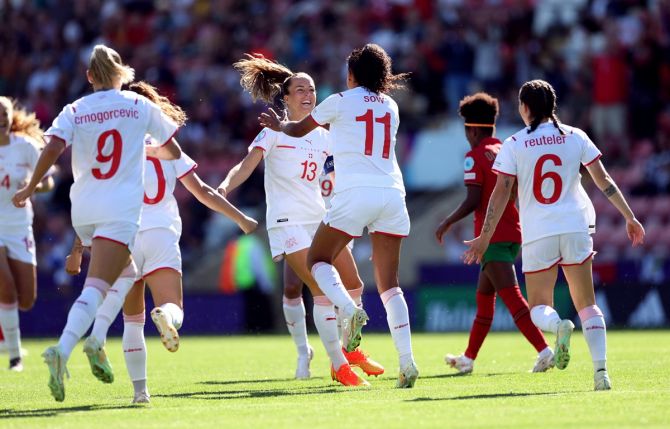 The Portuguese kept the pressure on but were only able to halve the deficit shortly before the hour mark when Diana Gomes saw her header from a corner saved but followed up to bundle it over the line.

Portugal then abandoned their slow possession game and went direct, levelling the tie in the 65th minute with Tatiano Pinto sending in a sublime cross from the right that was turned in by Jessica Silva.

Clearly fired up, Portugal created numerous chances late on that were thwarted by the Swiss defence. Telma Encarnacao almost got a winner for Portugal, but her shot hit the post.

The result leaves both sides with a point each in what was billed as a must-win game as they are in the same group as Europe’s top ranked side Sweden and defending champions the Netherlands.