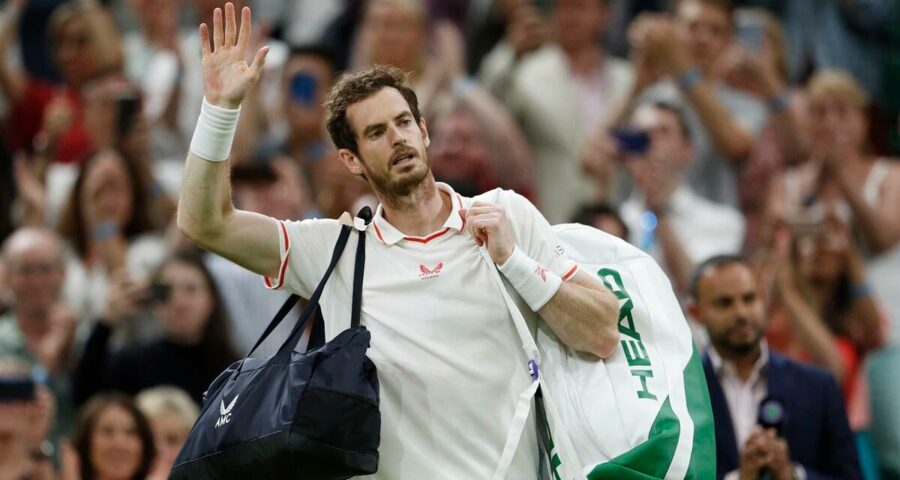 Murray walked off to a standing ovation and will now focus his attention on the Tokyo Olympics where he will be defending the singles title he won in London and Rio de Janeiro. This time not even Centre Court’s roof could rescue Andy Murray as the home favourite and two-time champion’s dream of a deep Wimbledon run were crushed by Canada’s Denis Shapovalov in the third round on Friday.

Twice this week the 34-year-old Murray had rolled back the years with late-night wins under the roof, but Shapovalov proved a step too far as the 22-year-old left-hander dished out an emphatic 6-4 6-2 6-2 beating.

Murray, back in the singles at Wimbledon for the first time since 2017 after two hip surgeries, had thrilled his fans with dramatic victories over seeded Georgian Nikoloz Basilashvili and German qualifier Oscar Otte on Monday and Wednesday.

Some had even begun to fantasize about the metal-hipped Murray making an unlikely tilt for a third Wimbledon title.

Reality hit home, however, as Shapovalov showed no mercy with a scintillating display to put himself in the Wimbledon last 16 for the first time and deny Murray a 12th visit to the fourth round at the All England Club.

Murray walked off to a standing ovation and will now focus his attention on the Tokyo Olympics where he will be defending the singles title he won in London and Rio de Janeiro.

While Murray said there were positives to take from a memorable week, there was also frustration.

“I want to be performing better than what I did here. Even though there were some great moments,” the former world number one said.

Having overcome a tricky hurdle on the home turf of a British sporting icon, 10th seed Shapovalov will move ahead to face Spaniard Roberto Bautista Agut full of confidence.

“This is a dream come true for me to play a legend like Andy today,” the Canadian said on court. “Huge shout outs to him — what he’s doing nobody’s done and he’s truly an inspiration to people like me.

“It’s truly amazing to be on this court and play a match like today. I don’t think I can play any better.”In the preceding match on Centre Court, British number one Dan Evans had been beaten by American Sebastian Korda.

But the crowd had really come to roar on old warrior Murray whose victories in the 2013 and 2016 finals turned him into British sporting royalty.

The theory was that even despite giving away 12 years to Shapovalov and hardly playing this year, Murray could feed off the crowd’s energy and move into the second week.

But from the moment Murray slipped over in the second game and then watched a Shapovalov backhand rip past him in the next game to drop serve, it looked like being an uphill struggle.

Shapovalov was fired up and gave Murray the run-around as he accelerated into a 5-1 lead, only for Murray to claw back three games and have three break points to make it 5-5.

Had he drawn level who knows what effect it might have had on Shapovalov’s nerves, but the Canadian held firm, saving the third break point with a superb drop half-volley.

On his first set point Shapovalov played a Murray-esque drop shot and tapped away a volley into the open court.Shapovalov dominated the second set with some ferocious hitting. With the light fading, the roof was closed and lights switched on to enable play to continue.

It revived memories of Monday when Murray suffered a seven-game meltdown against Basilashvili before re-igniting when the roof was closed and again on Wednesday when he was in deep trouble against qualifier Otte before being roared to an epic five-set win under the roof.

But Shapovalov was ruthless on the resumption as he closed out the contest in style.