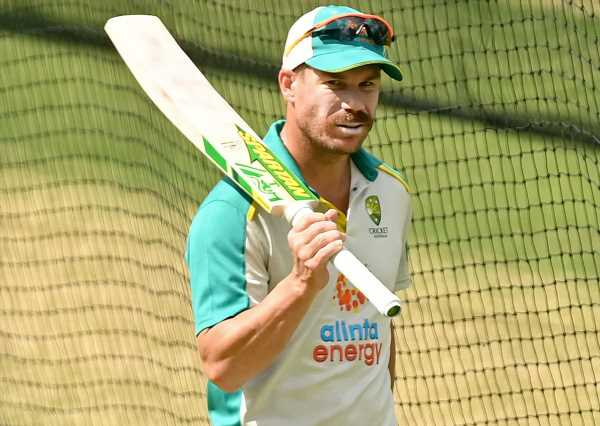 Warner in our plans for India tour: Australia coach

David Warner is still a part of Australia’s plans for the tour of India next year, head coach Andrew McDonald said, even with the 36-year-old’s modest record in the subcontinent and his current battle for runs.

The lefthanded opener averages 24.25 from his eight Tests in India, well down on his career average of 46.04.

Ahead of Australia’s first Test series against South Africa since the 2018 Newlands ball-tampering scandal, Warner’s declining output with the bat has also come under the microscope.

He has not scored a Test century in almost three years and struggled in the recent 2-0 whitewash of West Indies amid off-field distractions brought on by his aborted bid to have his permanent leadership ban lifted.

McDonald, however, said Warner was “firmly” in mind for the four-Test tour of India starting in February.

“At this stage we’ve got him in our plans for India,” McDonald told reporters.

“As I said, we’ll see what happens in the next three Test matches.”

All eyes will be on Warner during the South Africa series, which opens at the Gabba in Brisbane on Saturday.

Warner was one of three Australia players suspended for ‘Sandpaper-gate’ and was adjudged to have played the leading role in the scandal. He was slapped with a lifetime ban on taking leadership roles in Australian teams.

He angrily withdrew his application to have the ban reviewed by an independent panel last week, saying the panel wanted a “public trial” of his part in the Newlands affair.

McDonald said Warner had already moved on from the saga and was unlikely to be weighed down by the Newlands history when facing the South Africans again.

“He’s great at compartmentalising, separating the off-field from the on-field. Most of the great champions do that very well,” said McDonald.

“We’ve got a seriously good opponent confronting us at the Gabba, so our focus is firmly on that and so is David’s.”