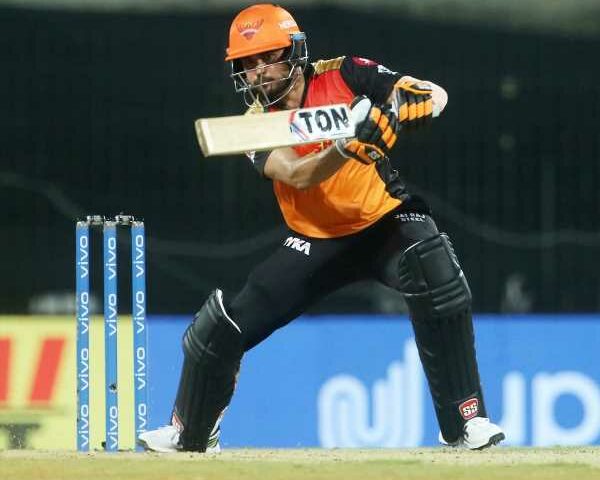 However, his innings wasn’t enough to guide his team to victory. In pursuit of the 188 run target, SRH were restricted to 177 for 5 as KKR won the game by 10 runs.

Virender Sehwag — the only Indian to score two triple Test tons — explained why Pandey could not guide his team to victory at the M A Chidambaram Stadium in Chennai.

After Bairstow was dismissed, Pandey seemed to struggle. The asking rate went up in the death overs but Pandey couldn’t hit a boundary in the last six overs, except for the six he smashed off the last ball.

‘He already had faced the pressure and was set. Had he taken the initiative to smash a few boundaries, SRH wouldn’t have lost the game by 10 runs,’ Sehwag told Cricbuzz.

‘It happens sometimes that you are a set batsman but you don’t get the balls to hit. I think the same thing had happened with Manish Pandey. He didn’t get any ball in his radar and hence, he couldn’t hit a six,’ Sehwag added.

Sehwag also tweeted about teams having ‘stat padding batsmen’, saying such teams would struggle in the IPL.