The ruling party organised rallies in almost every block in the state against the “brutality of the central forces” and the “attack on democracy”. 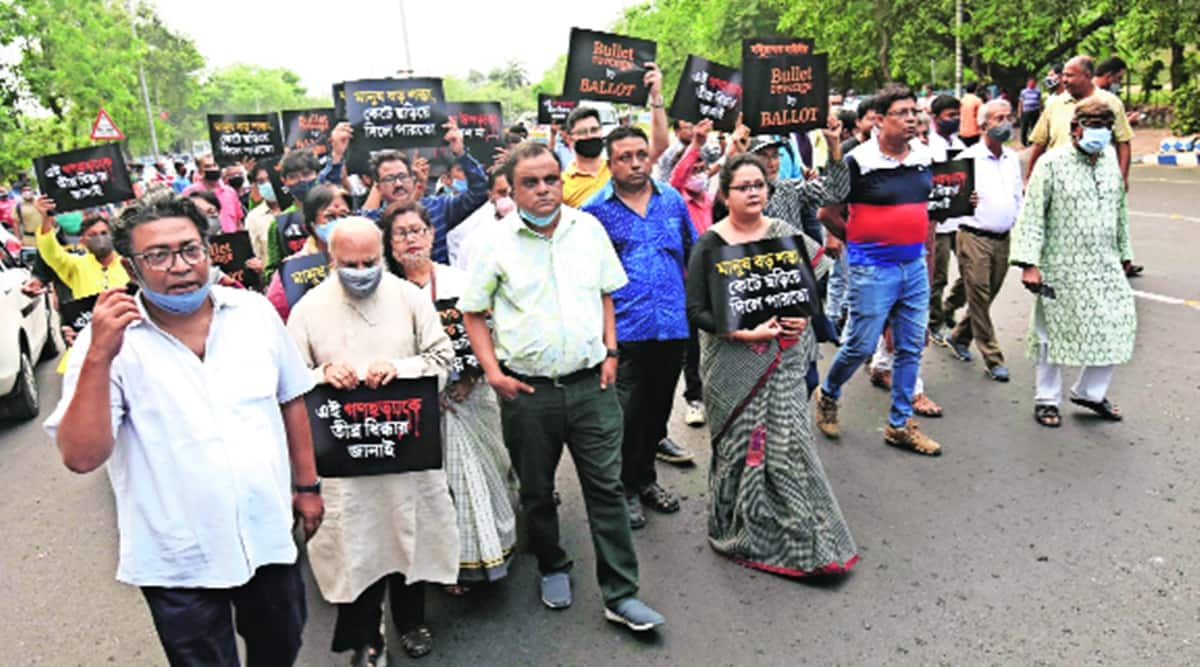 The Trinamool Congress (TMC) on Sunday observed a “black day” to protest against the death of four voters at the hands of security forces in Cooch Behar district’s Sitalkuchi area the day before.

The ruling party organised rallies in almost every block in the state against the “brutality of the central forces” and the “attack on democracy”. TMC leaders and workers wore black badges at the demonstrations.

The TMC tweeted, “Strongest ever message by the only female CM in India. ‘People of Bengal Must Answer Every Bullet With A Vote,’ says @MamataOffficial. Also calls upon all Opposition leaders to unite and Expose the way BJP is running this election. Calls it a ‘Shame On Democracy’.”

In Kolkata, the TMC organised a rally in Esplanade attended by singer and former party MP Kabir Suman and ministers Indranil Sen and Bratya Basu. Painter Shuvaprasanna was also present. Basu told the audience at the event, “We were afraid that this type of incident might happen and that is why Chief Minister Mamata Banerjee alerted everyone about it. We should be alert in the future also.”

Meanwhile, the Association of Protection of Democratic Rights, a human rights organisation, also organised a rally from College Street to Esplanade to protest against the shooting. It held the Election Commission responsible for the deaths.