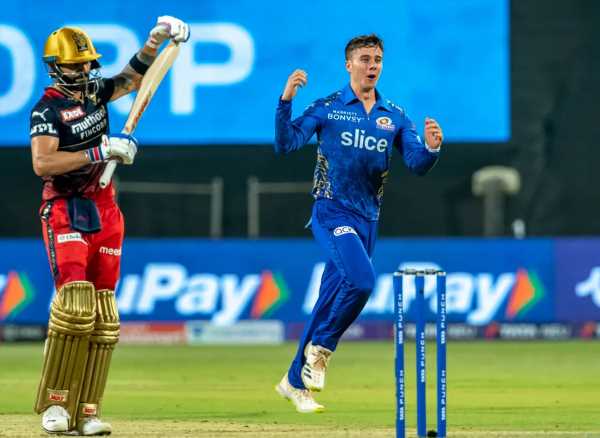 The Royal Challengers Bangalore were almost on the verge of defeating the Mumbai Indians at the MCA stadium in Pune on Saturday night when… Please click on the images to find out what happened. 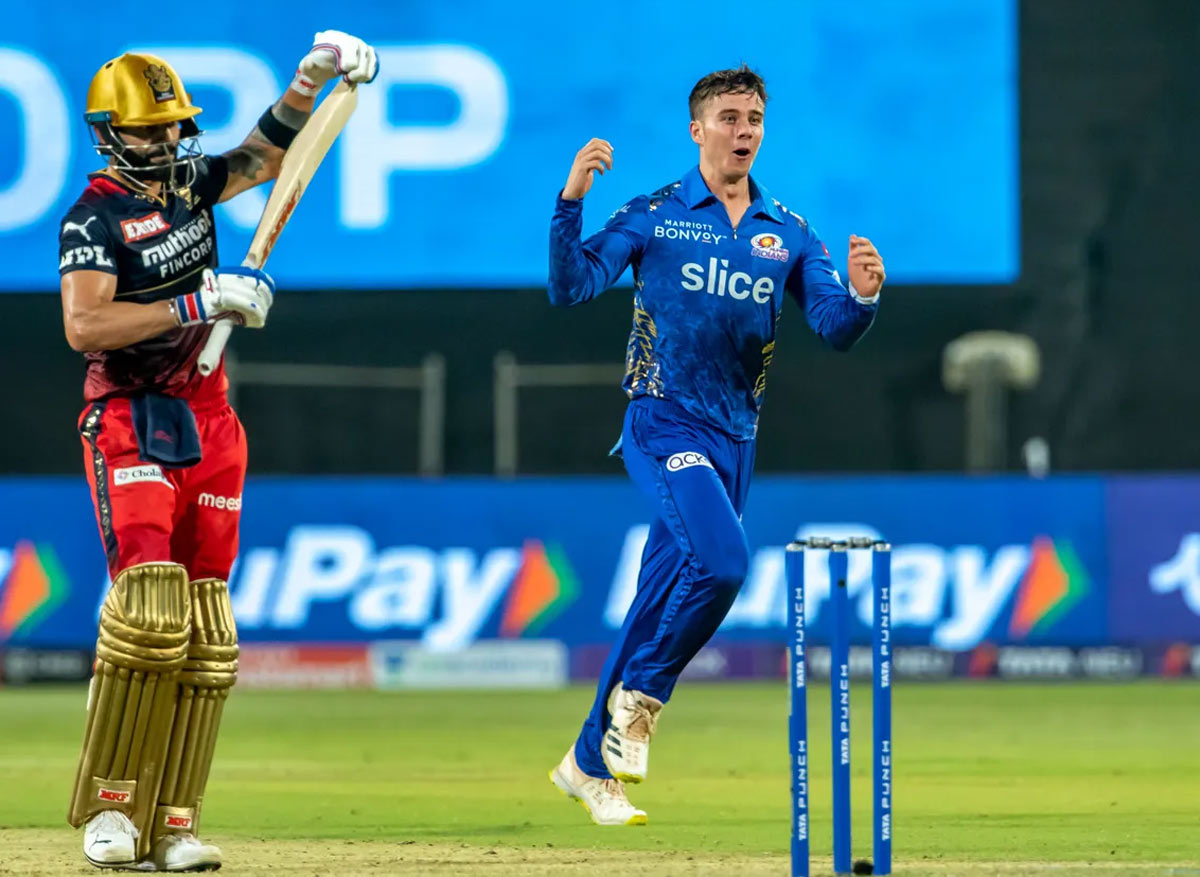 IMAGE: Frustrated that none of his bowlers could disrupt the RCB innings, Mumbai skipper got 18-year-old Dewald Brevis to bowl his brand of leg spin in the 19th over.
With his very first ball, the South African, who has been compared to A B de Villiers for his batting skill, had Virat Kohli lbw.
The RCB star was unconvinced and immediately wanted a DRS. All Photographs: BCCI 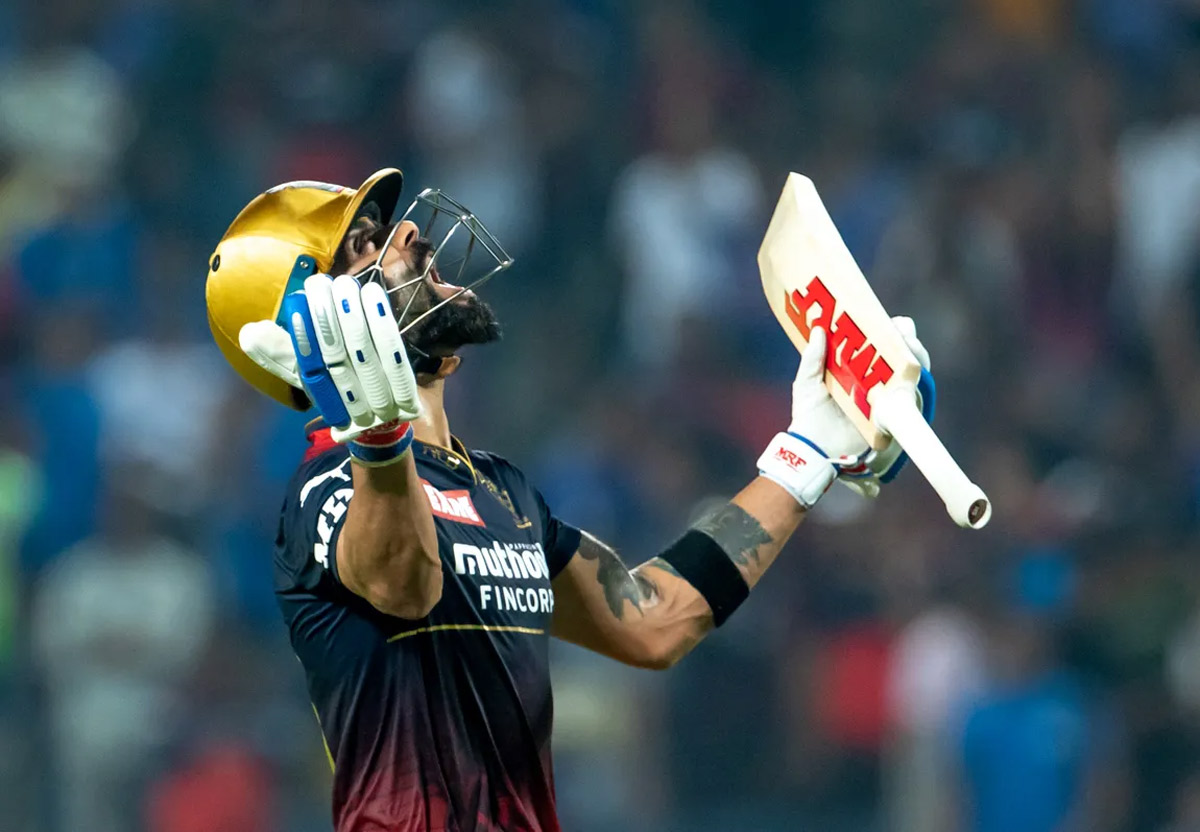 IMAGE: The DRS was rather inconclusive, indicating a probable-improbable sliver as the ball passed close to bat and pad, but the third umpire ruled Kohli out.
Clearly annoyed, Kohli first looked heaven wards before hitting the turf angrily with his bat on the way to the dugout.
Dewald Brevis, who turns 19 on April 29 — the day before his skipper turns 35 — had his first IPL wicket! 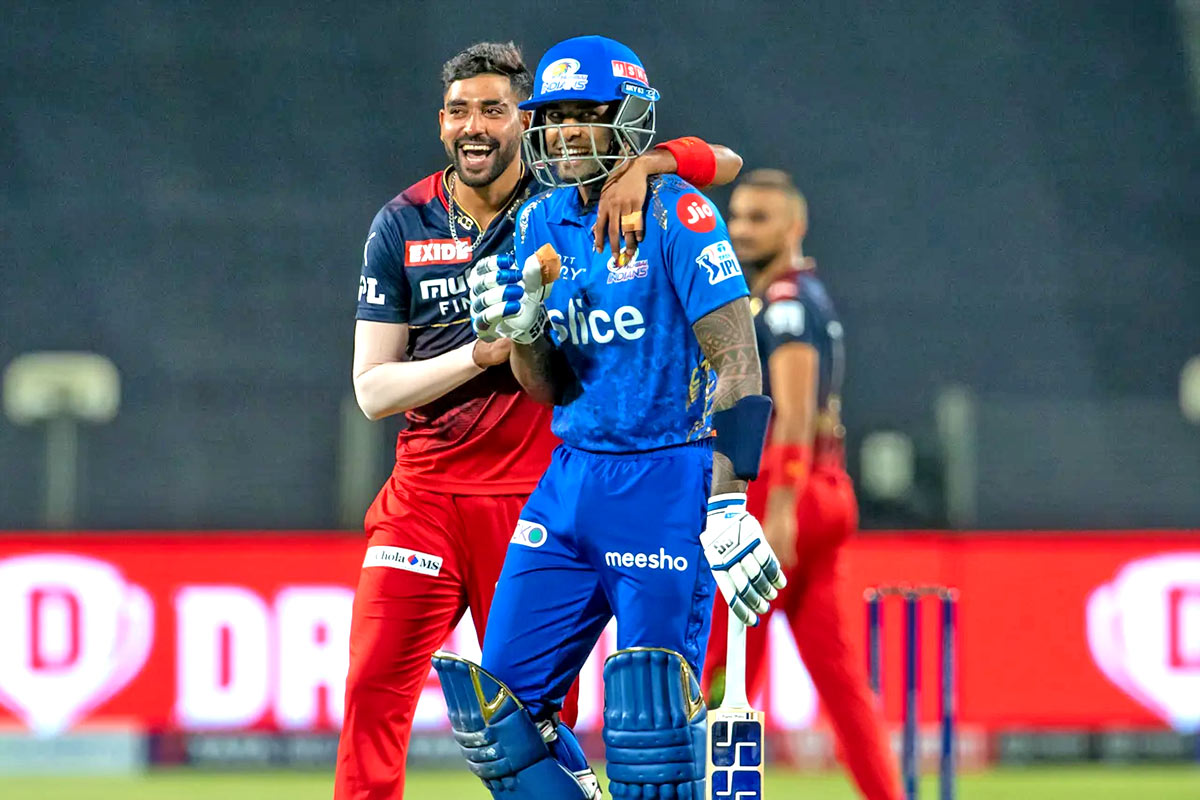 IMAGE: Like most IPL 2022 games so far this season, the match was played in mostly good cheer and this endearing image of Mohammad Siraj and Suryakumar Yadav is proof of that. 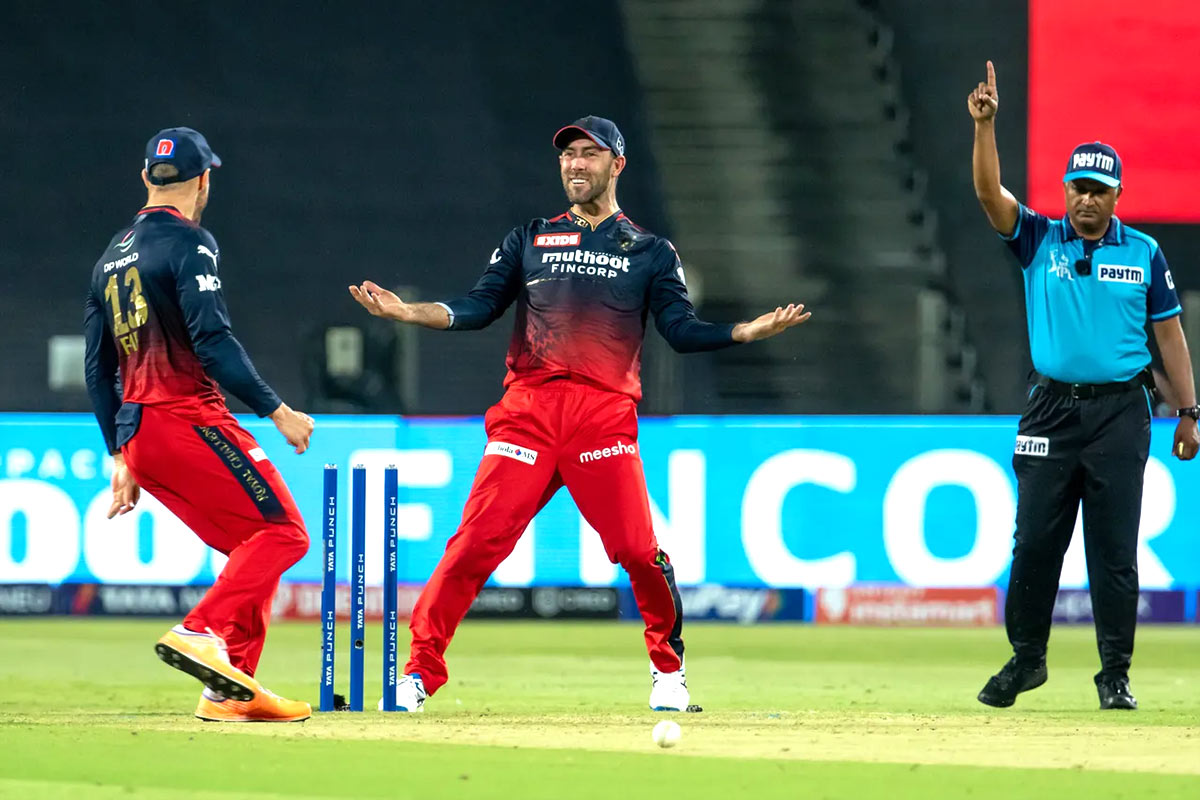 IMAGE: That man Maxwell is back!
Playing his first IPL 2022 game after his wedding, Maxi was in the thick of things the way he is known to be.
Here, he is delighted at running out Tilak Varma — one of the young finds this season — for a duck.
Later, Glenn sent Dewald Brevis’s second and third balls for fours, ending the game in victory for RCB with 9 balls to go. 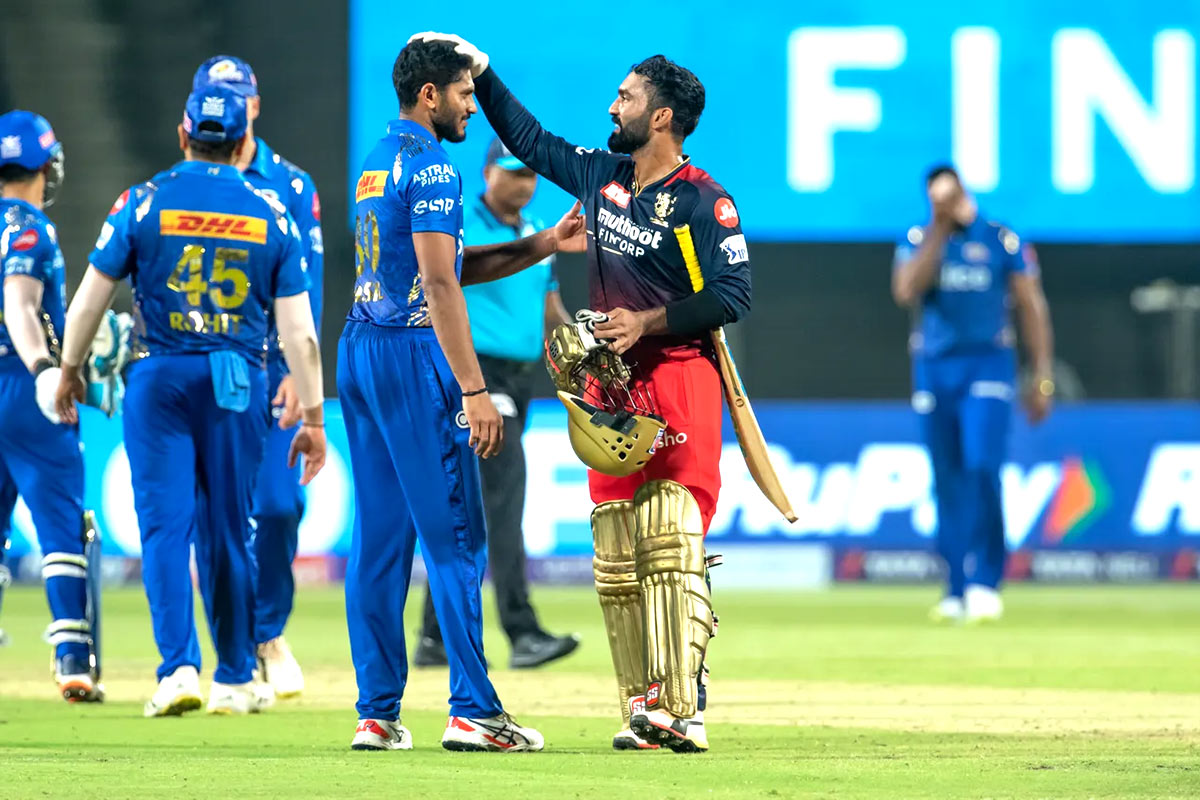 IMAGE: Basil Thampi has had a rough beginning to his first season with the Mumbai Indians.
But the MI brains trust — Shane Bond, Zaheer Khan, Mahela Jayawardene and, of course, SRT who was seen pumping up the team before play and giving gyaan to Jasprit Bumrah in the dugout during the Mumbai innings — have kept their faith in Basil who produced a good opening spell including an unlikely maiden, a rare occurrence in T20 cricket, in the RCB game.
Here, RCB’s Dinesh Kartik encourages Basil of whose talent he has been a constant cheerleader.
Back in December 2017, before a T20 game against Sri Lanka, DK had said this about Thampi: ‘He’s a very, very good talent. He’s sharp, he bowls quick and is somebody who can execute yorkers very consistently, and that’s probably one of his biggest strengths.’