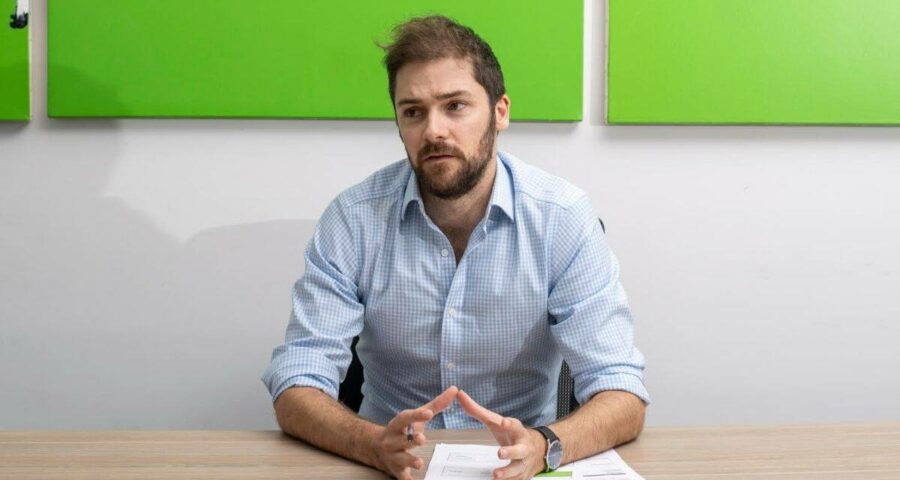 Lesser number of venues for a cricket tournament means reduction in the potential health risk for players and greater the ability to maintain secure bio bubbles around teams during the pandemic, says Tom Moffat, chief executive, Federation of International Cricketers' Associations, in an interview to The Indian Express. FICA chief executive Tom Moffat also spoke about why player safety should be key when deciding the host country for the T20 World Cup, which is scheduled to be held in India later this year. Excerpts:

The Indian Premier League had to be called off because of positive cases in the biobubble. It also highlights the challenge of having multi-team events during a pandemic.

There are significant challenges in holding any international competition at the moment, including bilateral international cricket. But when that is extended to T20 leagues, with people coming as individuals from different places, it is a much broader logistical challenge for lots of different reasons. The main thing from our perspective is that in any decision making at this time, whether it is in the international landscape or the leagues landscape, public, player and staff health and safety needs to be paramount.

IPL matches were held in four venues. Wouldn’t it have been wiser to have a single-venue competition?

The advice we have been given is that the number of venues has an impact on the ability to manage risk. We would hope those decisions were made based on the best possible information at that time. But a reduced number of venues adds potentially less issues and gives more of an ability to wrap bubbles around teams and events.

India is set to host the World T20 in October and November. Do you think it would be too big a risk to have it in India given the pandemic and won’t players be apprehensive to travel back again?

We are in contact with the International Cricket Council (ICC) in relation to the planning of the T20 World Cup and understand that it is not yet at the point of making a final decision on location. We know that there are contingency plans around holding it in the United Arab Emirates subject to how the situation unfolds. When the time comes to make that decision on where the event is held, from our perspective the public and player safety needs to be put first.

Players are in bio-bubbles for extended periods. What can cricket boards do to reduce the stress for the players?

There are significant challenges for players in jumping from bubble to bubble and bubble fatigue has clearly been reported back to us. In general, players know that they are fortunate (to be playing) at this time, but that does not take away those challenges. These are people who have families and real lives and obviously being in a bubble for an extended period of time and moving between bubbles is a significant challenge. Ensuring that players have the support they need is critical because both the physical and mental toll is significant. Player associations have a key role to play in working with their governing bodies and making sure that the support structure they offer also includes things like mental health. This is critical. More broadly, the longer this situation goes on, we are likely to see more and more players rotating through squads because without that it is potentially not going to be sustainable for players to be in bio-secure bubbles for significant periods of time.

The IPL is lucrative but at the same time it puts players in a dilemma about travelling. Do players need to be given a stronger voice in terms of venues, especially in situations where they potentially put their health at risk?

In most of the FICA countries players do have a strong voice and player associations are respected and can represent their views, including on player well-being. We would like to see cricket globally ensure that there is a safe space for that to happen in every country and for players to be able to form and join player associations and have a say on key issues. Ultimately, the governing bodies run the game but we think it is important for players to have a say. They are the ones out there on the field and doing the job and we think it is important that they are listened to in areas that impact them.

When the IPL began, the Covid-19 curve in India was starting to move upwards. What sense did FICA have about apprehensions players had about travelling for the IPL?

Players compete in events like the IPL as individuals and I think most of the players around the world went into it (IPL) with their eyes open and many spoke to their player associations and governing bodies about that. What transpired has presented significant challenges. Given the fast moving nature of the situation around the world, players need to make sure they are making informed decisions in terms of where they play. Equally, governing bodies and leagues holding events have the duty of care to players and to make sure they are safe and well looked after if events are going ahead.

During the IPL the number of cases and deaths increased. Was it a concern for FICA that the IPL was continuing at this time?

We really feel for everyone in India and our thoughts are with everyone there. In terms of the IPL, the biosecure bubbles in place were one key layer for mitigating risk for players and staff. I think once that situation changed, it was deemed to be untenable for the tournament to continue. Clearly now the challenge is making sure that players and staff are able to get home safely.

Australian players have to wait till at least May 15 before returning. How would it have affected the mental health of the players?

Players are obviously anxious and concerned. The feedback that has come back from players through the player associations is that there is a level of anxiousness among the player groups with a lot of unknowns we are dealing with.The players are under the auspices of the IPL and BCCI and our member associations are in constant contact with the players over there and working hard with governing bodies to provide as much updated information as possible and also working through the logistics of getting everyone home safely That presents different challenges from country to country and the lack of flights and hard borders like in Australia, makes it a significant logistical challenge.

Players who returned home have spoken about bubble fatigue and lack of motivation during the IPL. One of them also wondered how teams were able to spend so much money when people were not able to get hospital beds. What is the feedback you got from player associations about the situation during the IPL and how they were coping with it?

Isn’t the onus on the players to take an informed call on whether they need to travel in the ever-changing pandemic scenario?

Players compete in domestic leagues as individuals and they need to make informed decisions based on what is right for them and their families, and the level of risk they are willing to accept. For players who have a limited career span, we are also conscious that this is their livelihood and it is always a difficult decision when you are balancing that. If events are going ahead though, governing bodies and leagues, also need to ensure that it is happening safely for the public and for players and staff.