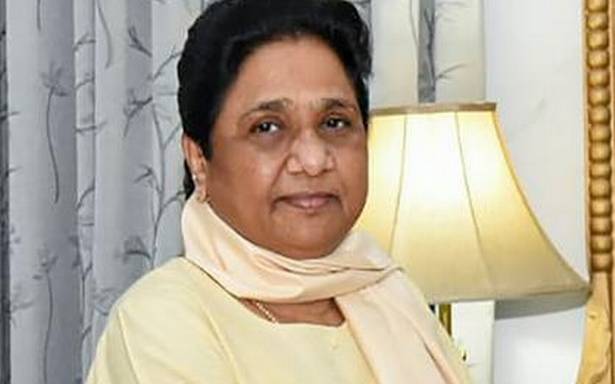 In her statement, Mayawati, however, did not give a break-up or number of seats won by the party in the panchayat polls.

Bahujan Samaj Party (BSP) chief Mayawati on Thursday said that despite misuse of official machinery and use of money power by rival parties in the Uttar Pradesh panchayat polls, the performance of the party has been “encouraging”.

“Despite misuse of power and official machinery and use of money power by rival parties, the performance of BSP is encouraging and the results will infuse new energy and enthusiasm in people for the Assembly elections,” she said in a statement issued in Lucknow.

Assembly elections in Uttar Pradesh are scheduled to be held in 2022.

Congratulating the party workers, Mayawati said that most of the independent candidates who have succeeded in defeating rival party candidates are those backed by the BSP. These candidates fought elections on their own capacity, especially in the absence of consensus on the reserved seats, she said.

“Overall, in the districts where a consensus was reached for the BSP-supported candidate, party’s result was good. There was not much loss to the party in the general seats because the one-sided voting by dalits benefitted the BSP candidates,” Mayawati said.

“On reserved seats, due to more candidates, the benefit went to rival parties. Taking a lesson from this, now the party workers will not make such a mistake in future,” she said.

The BSP chief further said that the party’s performance has been quite good in most of the districts.

“Had everything took place in an independent and fair manner in the elections and if multiple BSP candidates did not contest from one seat, then definitely BSP’s performance would have been better,” she added.

In her statement, Mayawati, however, did not give a break-up or number of seats won by the party in the panchayat polls.