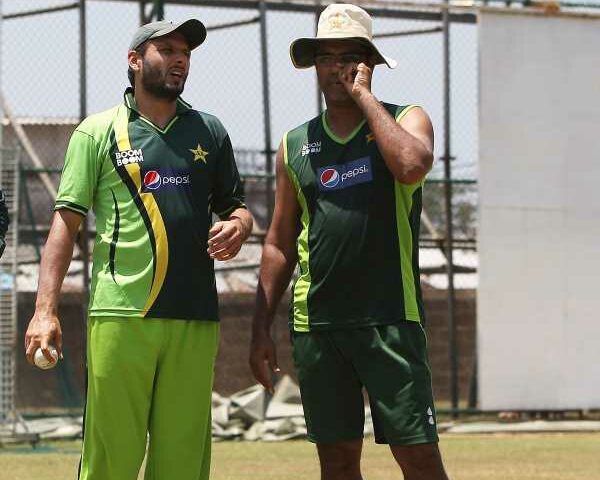 Shahid Afridi shared the Pakistan dressing room with the legendary Wasim Akram and Waqar Younis, and Waqar recently recalled a funny incident involving the cricketer who is still apparently in his mid 20s :)))).

On a Pakistan tour to India, Waqar said a prominent Indian minister came to meet the team. While all the Pakistan cricketers shook hands with the minister gently, Afridi gave him a hard time with his firm handshake.

‘When Shahid Afridi first arrived, he was only 15 or 16 and very strong at that age,’ Waqar remembered. ‘The first time I shook hands with him, I almost ended up sweating, he squeezed it so hard. That’s probably one of the reasons why he could hit those huge sixes.’

‘I know the name of the Indian minister, but I won’t take his name. He came to see us and welcomed us. We were all sitting together. He came and we stood up. He met everyone, and greeted us.

‘Afridi was a junior; he was standing at the back. We all shook hands gently as he was an elderly minister. When Afridi’s turn came, he shook hands so hard,’ Waqar told Pakistan’s A Sports/

‘Took his wind out,’ Wasim Akram, who was also part of the panel, said as the retired pacers shared a good laugh

Waqar did not identify the tour he was talking about, but it does appear to be in 1997. Afridi toured India for the first time as part of the ODI team that year. A couple of years later, he played his first Test on Indian soil.