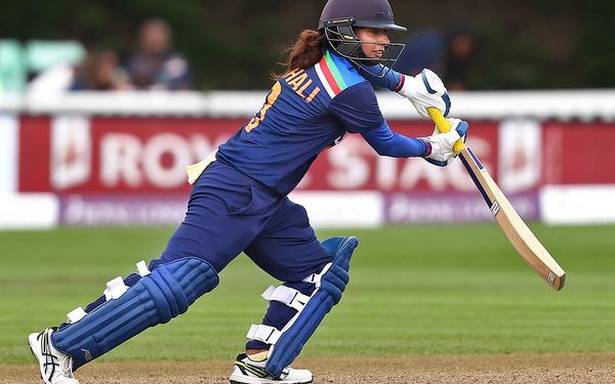 India skipper Mithali Raj has stressed on the need to be “more consistent” in the areas the team worked on over the last one year, besides talking about the scope for improvement in her own batting ahead of the Women’s World Cup in March and April.

To cap off the “best possible” preparation for the ODI World Cup, India will play a five-match series against host New Zealand from February 11. The World Cup will begin in the same country on March 4.

India introduced many new faces in England and Australia. The likes of Sneh Rana, who made a successful comeback to the team, Meghna Singh, Yastika Bhatia and Richa Ghosh were tried in those two series.

Top-order batter Yastika, wicketkeeper-batter Richa and pacer Meghna made their ODI debuts Down Under and all of them made an impact.

Though India lost the three-match series 1-2, it was able to push the mighty Australians to the limit.

Speaking from Vijaywada where she is training, Mithali looked back at the positives from the two tours and also said what her side needs to do in New Zealand.

“We will look to fix our combinations for the World Cup during the ODIs against New Zealand and try out a few compositions and also get a little more consistent in the things that worked for us in the last year,” she said.

Mithali felt the team had enough fire-power in middle order now, thanks to Richa and Pooja, while swing bowlers Meghna and uncapped Renuka Singh have been welcome additions to the pace department.

“The lower middle order contributed in Australia and we would want it to be a little more consistent. They have the potential and all-rounders like Pooja and Sneh have done well in England and Australia.

Openers Smriti Mandhana and Shafali Verma will have to play a big role if India hopes to do well in the World Cup while Mithali will be expected to pile on the big runs in the middle order.

The veteran recorded four 50-plus scores in the six games in England and Australia but her strike rate, especially early in the innings, became a talking point.

“There are areas that as a player you feel you need to work on, no matter how many years you put in at that level. Because there are always teams and bowlers trying to come up with strategies and you need to counter that.

“There are a few things that I have seen (from my innings) in England and Australia that I can really work on.”

On her plans, Mithali said: “Let’s focus on the World Cup, the next two months are going to be crucial.”