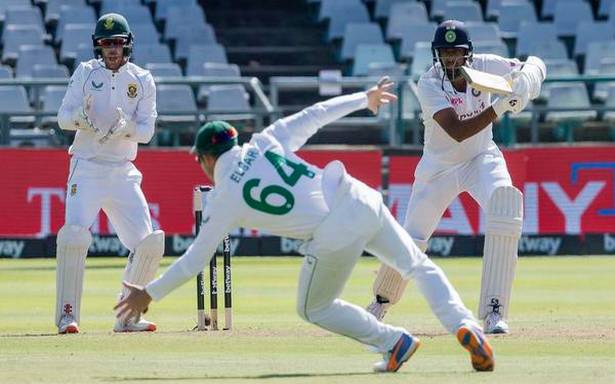 These are stimulating days for Test cricket. In New Zealand, Bangladesh win their first Test there for perhaps the most historically significant recent event. And in South Africa, just when the question, ‘how can this Indian team be beaten?’ was being asked, the hosts show how. The Ashes meanwhile is no whitewash, England’s last-wicket pair hanging on to ensure that.

Bangladesh lost the following Test by an innings, England might revert to type in the final Test and India could well show South Africa who is boss in the decider in Cape Town. But no matter. For a few brief shining moments, the underdogs had caused a surprise and made us feel good about ourselves.

The off-field uncertainty thanks to Covid-19 might be troubling, but the uncertainty on-field, the unexpectedness, is the bedrock of competitive sport. The race is not always to the swift etc.

Does Australia’s Ashes win mean that their cricketers are now forgiven for their boorish behaviour and for bringing the game into disrepute with their entitled conduct in South Africa not so long ago? Steve Smith, captain when some players used unfair tactics (‘Sandpapergate’), who was then banned was back as captain for a Test when Pat Cummins had to pull out. But it is more interesting than that.

Australia are a proud sporting nation, and nothing gives them greater pride than thrashing England at cricket. Under new skipper Cummins, they have not only done that, they have also looked un-Australian (in a good way) by being mostly well-mannered and applauding their opponents. Perhaps this has confused England more than their bowling has! As the writer Greg Baum has pointed out, Australians have subtly moved away from the ‘hard but fair’ formulation of the past which had suggested these terms were mutually exclusive, and are playing hard and fair. If so, it is a commentary to the effect a captain can have on a team.

In South Africa, the Social Justice and Nation-Building (SJN) Commission, in a 235-page report concluded that Cricket South Africa’s administration, its current director Graeme Smith, head coach Mark Boucher and AB de Villiers all engaged in racially prejudiced conduct. Institutional racism is a biggie that the former apartheid country has been dealing with for decades now, and if the Commission is to be believed, it is taking time to eliminate it fully.

I remember Omar Henry, the first modern player of colour to play for South Africa, sitting leaning against a wall outside the stadium after a day’s play in a Test back in the 1992-93 series. “I am waiting for my son to pick me up,” he said, and when I asked him about the team bus he went silent. I hadn’t fully understood the implications then. Many of the later players have gone public with their stories since.

Institutional racism is also what England’s First Class player Azeem Rafiq’s televised responses to a committee brought to the fore. Majoritarianism isn’t unique to cricket teams, it is a failing with governments and nations too. It is convenient to point out that till the big picture is corrected, the smaller pictures will remain askew. But it can be argued that sorting out the problem at different different levels — sporting, cultural, literary, educational — can be a way of clearing up the big picture too.

In the short-term, cricket has to deal with Covid-19. It has done rather well here with bubbles, quarantines, safety requirements and the cooperation of the majority of the stake-holders, from players to spectators. In the long-term, however, there are issues like player behaviour, racism, and — this following the revelation by Australian youth cricketer Jamie Mitchell that he was sexually abused by an official on a tour — predatory behaviour by coaches and officials.

There is something about the pandemic that encourages introspection either as an individual, or, as in this case, a sport. What we once thought unimportant becomes significant, and what was once believed to be of no consequence assumes greater proportions. If player behaviour at the Ashes has come as a surprise, it might have to do with the fact that the rival captains Joe Root and Cummins are essentially non-confrontational men; the Australian has said he would rather keep the energy for his bowling.

It does take two hands to clap. John McEnroe, the one-time bad boy of tennis never behaved badly when playing Bjorn Borg because it was a waste of effort, and also because, as McEnroe said, he respected Borg. Respect for an opponent was one of the unwritten rules of cricket, now formally written into the Laws in the Preamble.

It is ironic that sledging, once identified with Australian cricket (with India at the other end of the spectrum) is now an Indian strategy too. If you can’t beat ’em, join ’em!