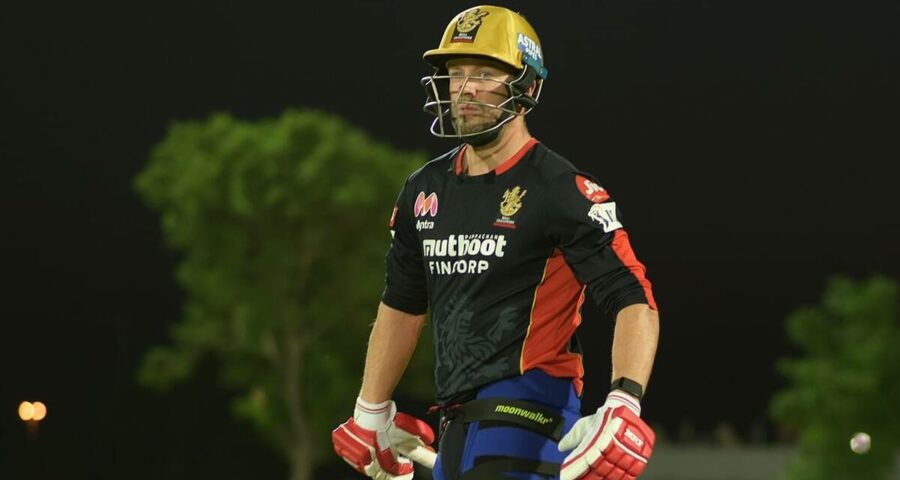 RCB beat Kolkata Knight Riders by 38 runs to win their third match on the trot with Maxwell and de Villiers cracking blistering 78 off 49 balls and 76 not out off 36 balls respectively. Glenn Maxwell has taken his new team to ‘like duck to water’ and AB de Villiers’ ‘love’ for the franchise too has helped in putting Royal Challengers Bangalore on the right track this season, captain Virat Kohli said on Sunday.

RCB beat Kolkata Knight Riders by 38 runs to win their third match on the trot with Maxwell and de Villiers cracking blistering 78 off 49 balls and 76 not out off 36 balls respectively.

‘Maxi has taken to this team like duck to water. AB loves the team and they were the difference today,’ Kohli said at the post-match presentation.

‘I said at the halfway mark we have 200 because of two genius innings back-to-back. Maxwell was outstanding and AB to follow. When he gets in with that kind of form and flow, it’s impossible to stop him. We got 40 extra runs on that pitch which slowed down.’ Kohli also credited his bowlers for the three wins on the trot.

‘Especially Siraj’s over to Russell (giving just one run in the penultimate over), he has had some history against Russell. He’s a different bowler after the Australia tour and he shut the game out.

‘Harshal has so much clarity in the end and I think Jamieson also bowled well. That’s the reason why we have three out of three.’ The RCB and India captain said the execution was spot-on on the slow Chepauk pitch.

‘To be fair, on a pitch like Chennai, you probably have a bit more space to make an error on the longer boundary. It has to be on the off side and not on side. Siraj did miss on the full-toss, but he has two men on the boundary.

‘There are areas we can work on. We’re not getting ahead of ourselves and not getting over-excited.’ Man-of-the-match de Villiers said he played well and had a lot of fun.

‘Maxi made it easier and it’s difficult coming into a game on a pitch that has been slower. It was a bit of both.

‘It wasn’t a 200-wicket; maybe 170 was about par today. The most important thing is I’m enjoying myself and my cricket – my family is here,’ said the legendary South African batsman.

Losing captain Eoin Morgan said he could not gauge the Chepauk wicket.

‘Certainly RCB’s day with the bat on a rocket-hot afternoon game. It (Chennai pitch) certainly has stumped me, and I can’t gauge the wicket,’ Morgan said.

‘Everyone who batted on this wicket felt it played better but RCB played better.’ On RCB batsmen Glenn Maxwell and AB de Villiers who cracked 78 and 76 not out respectively, Morgan said, ‘Maxwell is a fine player, but to bowl to AB you need to have that (option).

‘We struggled to kick on and got us into a position where only Andre could do it. Different wicket (in Mumbai), dew, and we have been watching those games.’

AB de Villiers on Sunday said it will be ‘fantastic’ to make an international comeback ahead of the upcoming T20 World Cup.

The T20 World Cup is scheduled to be held in India in October-November.

‘If I can slot in, it will be fantastic,’ de Villiers said after he played another match-winning innings for his franchise Royal Challengers Bangalore in the IPL here.