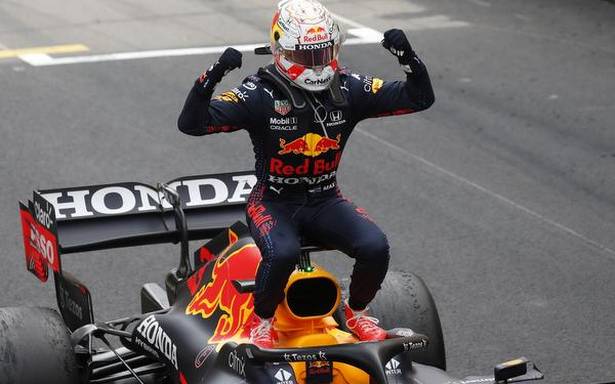 For the last two years, Formula One fans have been hoping for a challenger to Lewis Hamilton, who has dominated the sport since 2014 and cruised to titles in 2019 and 2020 with little competition.

The Briton has had an easy time on track, with his Mercedes being the best car on the grid while Ferrari and Red Bull have struggled to close the gap.

Towards the end of last year, Red Bull appeared to catch up with Mercedes’ pace. It has continued that form this year with a car capable of being competitive from the first race.

So when Max Verstappen claimed victory at the recently concluded Monaco Grand Prix, he took the lead in the drivers’ championship for the first time in his career.

Ever since he burst onto the scene, the Dutchman has been hoping to be in a title fight and has had to wait seven seasons to have a car to compete with Mercedes and Hamilton.

The minor rule change for the 2021 season, focusing on the floor towards the car’s rear, has hurt teams like Mercedes and Aston Martin, which, unlike Red Bull, run their cars on a low-rake concept where the rear of the car is close to the ground.

Red Bull has for years run a high-rake concept to maximise rear downforce, with the car having a slightly higher ground clearance at the back while the nose dips closer to the ground at the front.

Despite losing some of their advantage, Hamilton and Mercedes managed to win three of the first four races thanks to their inherent pace and smart strategy in Bahrain, Portugal and Spain, where Verstappen was initially in the lead.

The duo had wheel-to-wheel battles in the first four races but avoided contact and messy incidents. Ahead of the Monaco GP, Hamilton, who is going for a record eighth title, attempted to put pressure on his championship rival, saying Verstappen had a lot more to prove.

Red Bull was favoured around the streets of Monte Carlo, and on a day when Hamilton and Mercedes were off the pace, Verstappen showed he is more than ready to prove his worth.

The 23-year-old has in the past had crashes at the tight, twisty circuit but was in sublime form on Sunday and ended with a four-point lead over Hamilton.

After the win, Verstappen did not hold back in his response to the defending champion’s attempt at mind games. “Well, first of all, actions always speak louder than words,” he said. “I think that’s a good lesson after this weekend. You have to talk on the track, that’s what I like.”

If Red Bull and Verstappen can sustain this form for the rest of the year, the Monaco GP could not only be a pivotal moment for the 2021 season but also herald a new era in the sport.