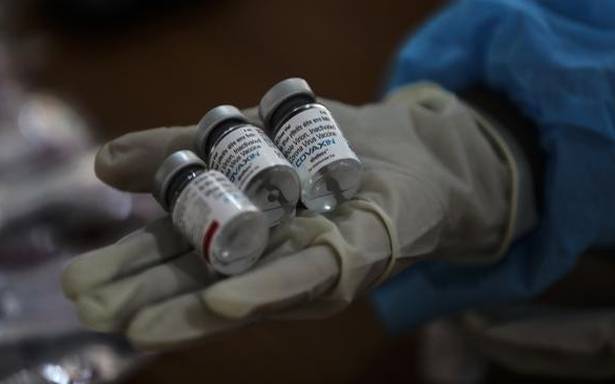 In a major lapse, 20 villagers in the eastern Uttar Pradesh district of Siddharthnagar were administered Covishield vaccine in their first dose and Covaxin in the second.

The incident took place during a vaccination drive in a primary health centre in Barhni block.

Ramsurat, a resident of Audahi Kala village, said he received Covishield on April 1. However, he was given a shot of Covaxin for his second dose on May 14.

“They did not check anything. The ASHA [worker] was standing elsewhere,” he told reporters. Mr. Ramsurat said he is now afraid of possible side-effects.

While 18 persons were from his village, the two others were from another village.

A probe is being carried out.

Chief Medical Officer Siddharthnagar Sandeep Chaudhary said a clarification was being sought from officials on the ground after a probe was conducted into the lapse. Action would be taken accordingly.

“It is a lapse because there is no guideline by the government of India that a cocktail [of vaccines] can be administered,” the CMO said.

While he said the 20 people did not face any problems, he was keeping a watch over the issue.