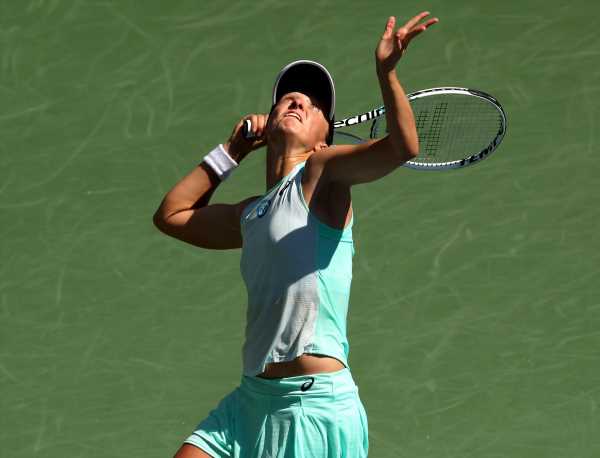 World number one Iga Swiatek chipped away at American Sloane Stephens’ defensive play to roll into the third round of the US Open 6-3, 6-2 on Thursday on her Arthur Ashe Stadium debut.

The 2017 champion Stephens saved eight of 12 break points but once again could not fend off the Pole’s offensive barrage after losing to her in straight sets last month in the Cincinnati third round.

Swiatek, who collected her second Roland Garros title this year amid an extraordinary 37-match winning streak, sent 14 winners over the net – twice as many as her opponent – and won more than three-quarters of her first-serve points.

Playing on the court where she watched 23-time Grand Slam champion Serena Williams as a junior, the Indian Wells and Miami winner traded breaks with Stephens early in the first set before converting on the fourth try in the fourth game.

She pounced on the momentum as Stephens’ serve deteriorated in the second set, winning the first four games and pumping her fist after forcing the American into a backhand error to close out the affair.

“I’m pretty happy with my focus today. I think I did better than in Cincinnati,” said Swiatek, 21, who will hope to down another American in front of the home crowd when she faces Lauren Davis in the next round.

“Just being on a stadium here downstairs, not there (in the stands), is pretty awesome.”