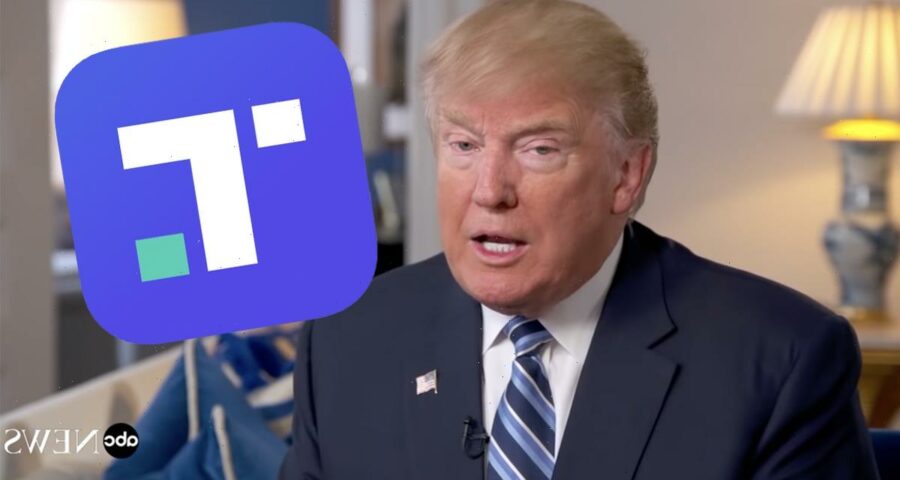 You have to be kidding at this point. He really is just admitting to the crimes he’s accused of on the internet, and he’s still going to get away with it??

As you’ve no doubt heard by now, after a year and a half of trying to get Donald Trump to return all the classified documents he took after losing the presidency, the feds actually raided Mar-A-Lago… and found TONS of top secret docs.

We’re talking seriously top secret stuff involving national defense — documents no civilian is allowed to have (and most government officials aren’t even allowed to read)! Any one of us would be jailed for espionage! He also lied to the government and denied he had them — which is pretty textbook obstruction of justice, not to mention consciousness of guilt.

So far his defenses have not been strong, to say the least. He began by highly insinuating the FBI planted evidence, making a big deal about how his lawyers weren’t allowed to be in the room during the search. Well, he just blew THAT defense out of the water!

OK, so you may have heard the Department of Justice released a photo Tuesday night as part of their latest legal filing showing everyone just what these top secret documents they found look like. Kinda hard to miss, right? 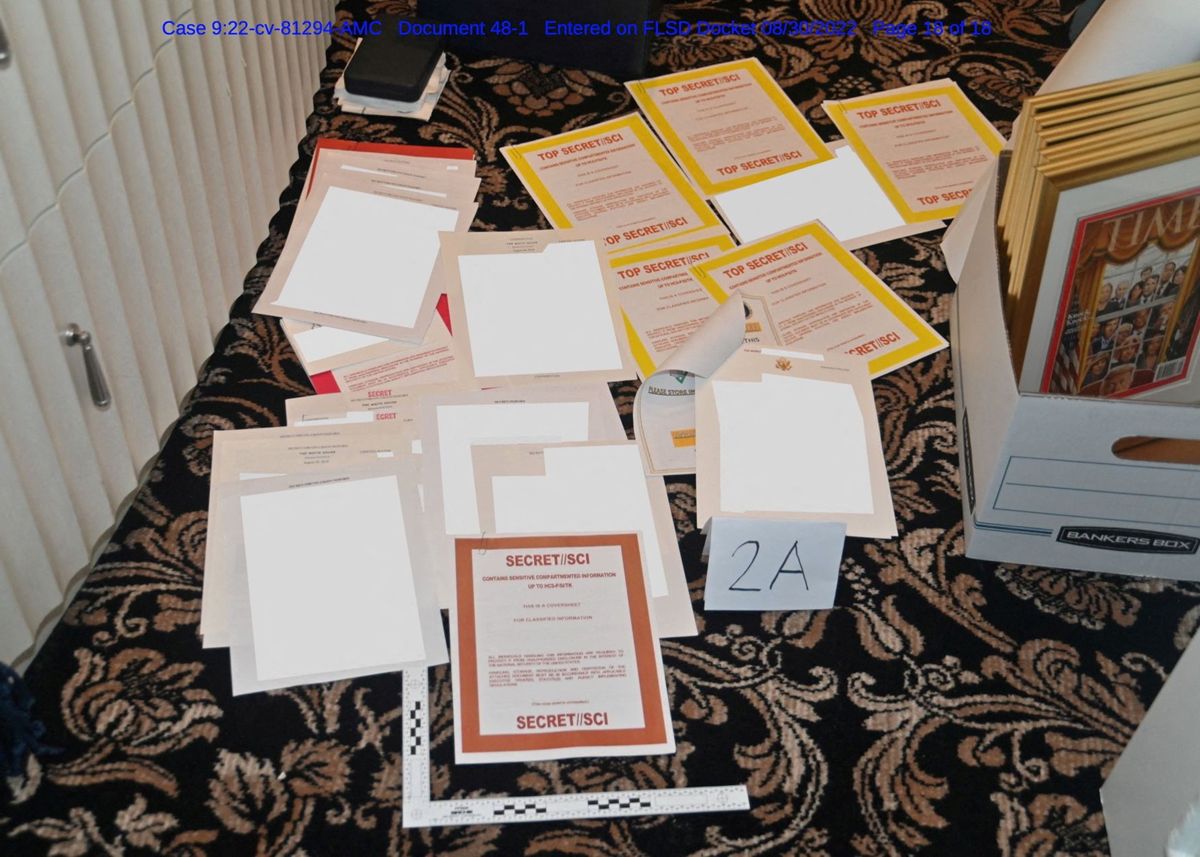 But Trump HILARIOUSLY misunderstood the point of the pic!

He started complaining that the feds staged the photo to make it look like they found the documents just lying around on the carpet. We are not even joking. This is how his brain works. He posted to his TRUTH Social feed on Wednesday:

“There seems to be confusion as to the ‘picture’ where documents were sloppily thrown on the floor and then released photographically for the world to see, as if that’s what the FBI found when they broke into my home. Wrong! They took them out of cartons and spread them around on the carpet, making it look like a big ‘find’ for them. They dropped them, not me – Very deceiving…” 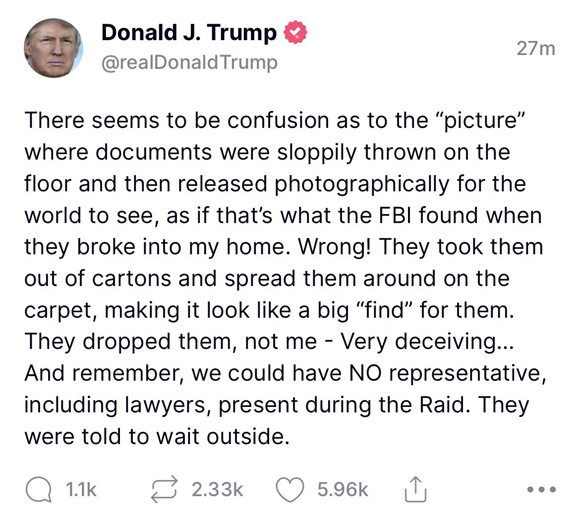 He really thinks they’re trying to make him look like a slob. It’s… it’s a photo for evidence. The evidence is laid out for the camera. Not a single reasonable person who saw this thought the FBI was trying to make it look like that’s how they found the docs.

And before you doubt this is what Trump is upset about, he doubled down! He went on the John Fredericks Radio Show on Thursday morning and assured everyone he is NOT a slob!

And he got others to go spread the message, too! His daughter-in-law Lara Trump went on Fox & Friends to defend him, too!

“He’s a very neat individual. He would never scatter documents around on a floor like that.”

And Alina Habba, one of his lawyers, went on Hannity to argue:

Hahahaha! There is a joke going on here, but it’s not the one they think.

Trump said in his social media rant the documents were stored in “cartons” and not on the floor like that. Guy, the problem was never that the classified docs were on the floor — which, again, we cannot reiterate enough, NO ONE THOUGHT. It’s that you had them at all. Of course they were in boxes, everyone gets that. The issue is that you’re saying you knew they were in those boxes instead of the floor. And those boxes were at your stupid, completely unsecure Florida resort! That’s the crime part!

Speaking of the lack of security, did y’all catch when his lawyer said Trump “has guests frequently” in his office? Where the top secret national defense documents were stored?? Three of which were found in his desk with his passport?!?