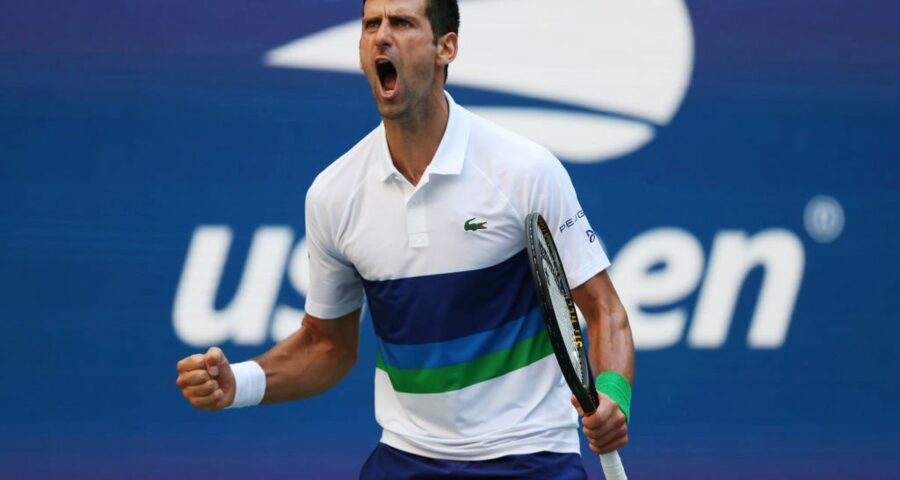 After tackling two U.S. Open debutants, Novak Djokovic faced an old foe on Saturday, reaching the fourth round with a 6-7(4), 6-3, 6-3 ,6-2 win over Kei Nishikori to stay on course for a record 21st major title that would complete the calendar Grand Slam.

Following first-ever meetings with Denmark’s Holger Rune and Dutchman Tallon Griekspoor, Djokovic faced a seasoned campaigner in Nishikori, who was runner-up at the 2014 U.S. Open having beaten the Serb to move into that year’s final.

Since then, it has been one-way traffic in the rivalry with Djokovic sweeping 17 straight contests against the Japanese player, improving his head-to-head record to 18-2.

But after Nishikori’s 6-2, 6-0 quarter-final thumping at the hands of the world No. 1 at the Tokyo Olympics, the 31-year-old made Djokovic sweat for his victory.

“So far the toughest match of the tournament for me,” said Djokovic. “The opening two rounds obviously felt well, played good.

“But the pace of the ball and the speed of Nishikori’s tennis today was just higher than the opening two rounds’ opponents that I had.” 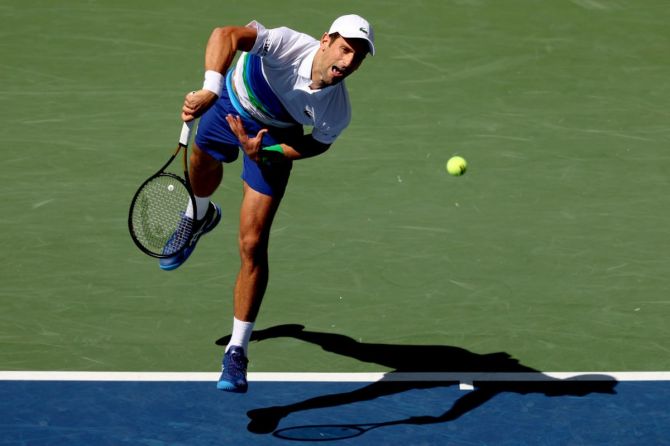 Usually the headliner under the Arthur Ashe Stadium lights, Djokovic made a matinee appearance on Saturday and appeared unsettled by the conditions as he went to work under a blazing sun.

For the first time this week New York fans, who have not always embraced Djokovic, got behind the history-hunting Serb, showering him with cheers that had largely gone to his opponents.

‘Arthur Ashe is the place where you bring the energy’

While Djokovic did not need the fans to get through the opening week, he knows the path gets harder and at some point will most likely need the energy the crowd can bring to get him through a rough patch.

“Arthur Ashe is the place where you bring the energy,” said Djokovic.

“That’s where you feel this kind of electric atmosphere, particularly in the matches like this where it’s decided in a few points.

“Yeah, the crowd was involved. It was loud. It was nice. I thrived on that.” A tight opening set was snatched by Nishikori in a tiebreak before Djokovic began to settle into the contest, breaking the Japanese player twice in the second on his way to leveling the match at a set apiece.

In another workmanlike effort, the top seed took the decisive break in the third to go ahead 5-3, then held serve for a 2-1 lead. Now in control, Djokovic would leave Nishikori no openings to hope for a comeback, storming through the last four games of the fourth set to close out the contest in style. American Shelby Rogers staged a comeback for the ages shocking world number one Ash Barty 6-2, 1-6, 7-6(5) on Saturday in the third round of the U.S. Open.

The 43rd-ranked Rogers recovered from a 5-2 deficit in the third set to push the affair into a tiebreak, securing the biggest upset of the tournament thus far in front of an electric New York crowd inside Arthur Ashe Stadium.

“I just tried to fight for every point. That’s so cliche, I’m sorry. You guys were awesome. I didn’t want to leave,” said Rogers.

“I just said you know make balls, try to stay in this match, can’t get any worse, you lost to her every time. So, try something different.”

There were early signs of trouble for heavy favorite Barty, who handed Rogers a break with four double faults in the third game, and got fewer than half of her first serves in as she committed 17 unforced errors during the first set.

The Wimbledon champion found her form in the second set, getting a critical break in the fourth game with a forehand winner and again converting on break point in the sixth as Rogers whacked the ball into the net.

Up two breaks in the final set, Barty appeared poised to walk away with the win but couldn’t hang on as her stellar 2021 crashed to an end.

‘I felt like the harder I hit the ball’ An astonished Rogers held her hands to her face as she clinched the match, defeating Barty for the first time in six meetings.

“I was just trying to stay in the point longer than Ash. She was handling my pace really well tonight. I felt like the harder I hit the ball, the better she hit,” said Rogers, the only American woman remaining in the tournament.

It was the second major upset of the women’s tournament at Flushing Meadows, after 18-year-old Leylah Fernandez defeated four-time Grand Slam winner Naomi Osaka on Friday.

Rogers will face Britain’s teen phenom Emma Raducanu in the fourth round.