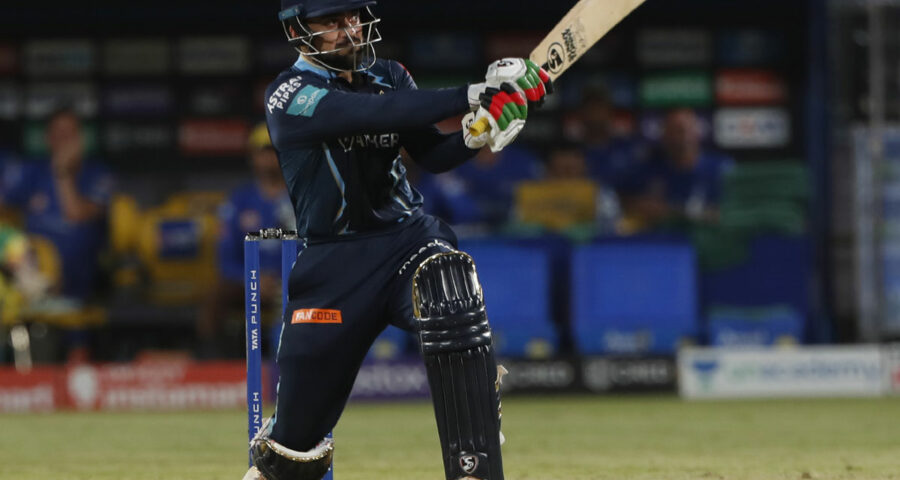 When Rashid Khan took over captaincy duties for IPL debutants Gujarat Titan’s fixture against the Chennai Super Kings, little could he have predicted the extraordinary sequence of events that would propel his team to victory in what would turn out to be one of the biggest turnarounds of IPL 2022.

For most of the encounter, the Gujarat Titans were second best against a resurgent CSK outfit — one that was slowly getting their mojo back following a woeful start to the season.

After being handed a target of 170 to chase, Gujarat lost two in-form batters on ducks and stumbled along from 2-2 to in the third over all the way to 87-5 in the 13th when Rashid walked to the crease.

The task at hand was daunting — 85 runs needed off 44 balls.

With David Miller beginning to find the ropes with relative ease, Rashid took a back seat and allowed the South African to take charge of the innings.

At the end of the 17th over, Gurajat needed 48 runs off 18 balls. CSK Captain Ravindra Jadeja opted to bring Chris Jordan into the attack with Rashid on strike and it turned out to be the most pivotal over of the game. 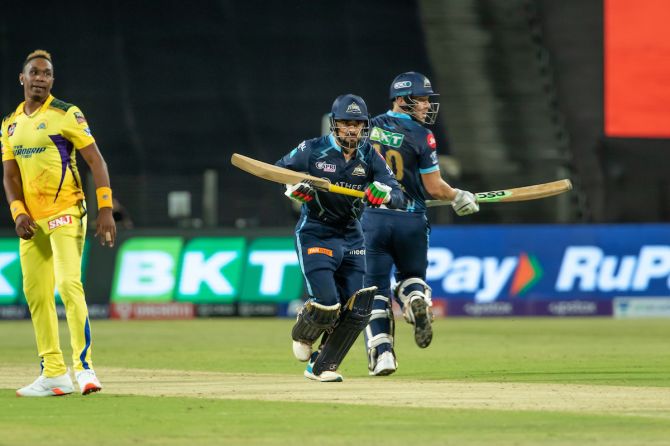 After smashing Jordan’s first delivery for a huge six over deep mid-wicket, Rashid followed it up with another six off the next ball, this time over the point boundary.

Jordan’s third delivery was a full toss and was immediately dispatched through the covers for four before Rashid hit yet another outrageous six — a wristy flick that sent the ball flying over the mid-wicket fence.

Such was the shock at the treatment meted out to Jordan by Rashid that the game came to a temporary halt as some senior CSK players held an ad-hoc on-field meeting to advise Jordan.

A single off the next ball by Rashid gave the strike to the in-form Miller for the final delivery. Miller would flick the ball to deep square leg for two.

From needing 48 off 18 balls, Gujarat had added 25 runs in a spectacular showing which meant that they now required 23 from 12. Rashid would be dismissed in the next over after miscuing a slower ball from Dwayne Bravo and offering an easy catch to Moeen Ali at mid-off although by then the damage had been done.

His 21 ball 40 would eventually prove to be the turning point for a tie that was practically Chennai’s to lose at that stage.

As an inspired Miller marched on to hit the winning runs in the final over with a ball to spare, he was quick to commend Rashid’s contribution with the bat, emphasising Chris Jordan’s 18th over as the ‘game-changer’.

‘Exceptional over, in my opinion that over was the game-changer and he struck it beautifully,’ Miller said.