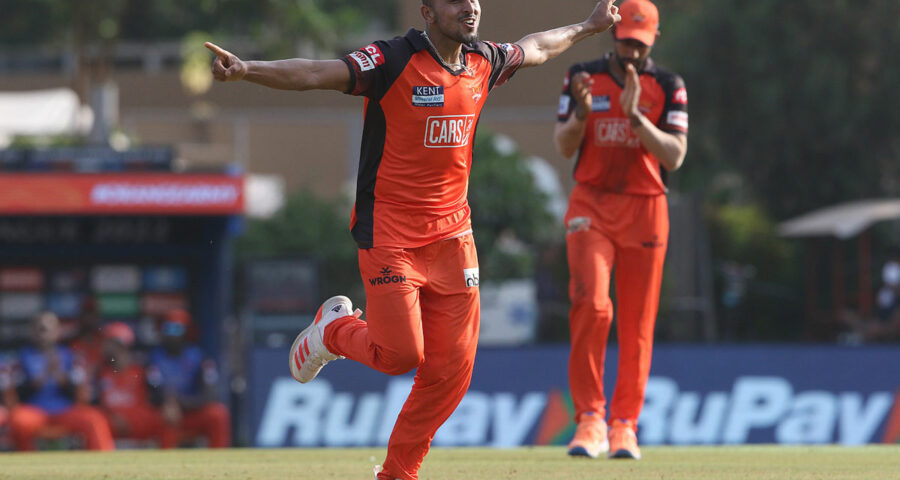 Umran Malik produced a sensational final over to power the Sunrisers Hyderabad to an emphatic seven wicket victory against the Punjab Kings in the IPL 2022 match at the D Y Patil stadium in Navi Mumbai on Sunday.

Malik’s fiery pace was too hot to handle for Punjab’s batters as he took three wickets without conceding a run in the 20th over of Punjab’s innings, while one wicket fell via the run out as the Kings were bowled for a below par 151.

Jammu and Kashmir’s Malik is India’s fastest bowler with his ability to consistently bowl around the 150 kmph mark. Umran had bowled the fastest delivery of IPL 2022 when he clocked 153 kmph against the Chennai Super Kings.

The 22 year old’s rise has been nothing short of phenomenal. He made his IPL debut in the closing stages of the last season for Sunrisers Hyderabad, playing three matches in total, but it was enough for the cricketing world to stand up and take notice before Sunrisers made him one of their three retained players ahead of this season’s IPL players auction.

Son of fruit seller Abdul Rashid in Jammu’s Shaheedi Chowk, Malik’s raw pace caught the ndian team’s attention and he was called up as a net bowler for the T20 World Cup last year.

He made an immediate impact in the match against Punjab Kings, striking in his first over with the wicket of Jitesh Sharma, who was beaten for pace as he top edged the pull shot and was caught by the bowler on his follow through.

Malik came under attack from Liam Livingstone who hit him for a couple of sixes and a four in his next two overs.

But Malik showed his prowess with the ball at the very end. He struck with the second ball of the final over as Odean Smith was hurried into the pull shot and was caught and bowled.

Rahul Chahar danced around the crease, was beaten all ends up by a quick delivery to be bowled for a duck and Vaibhav Arora met the same fate off the very next delivery.

Arshdeep Singh avoided the hat-trick but he was run out off the final ball, as Malik finished with an amazing four-wicket maiden to leave everyone stunned.