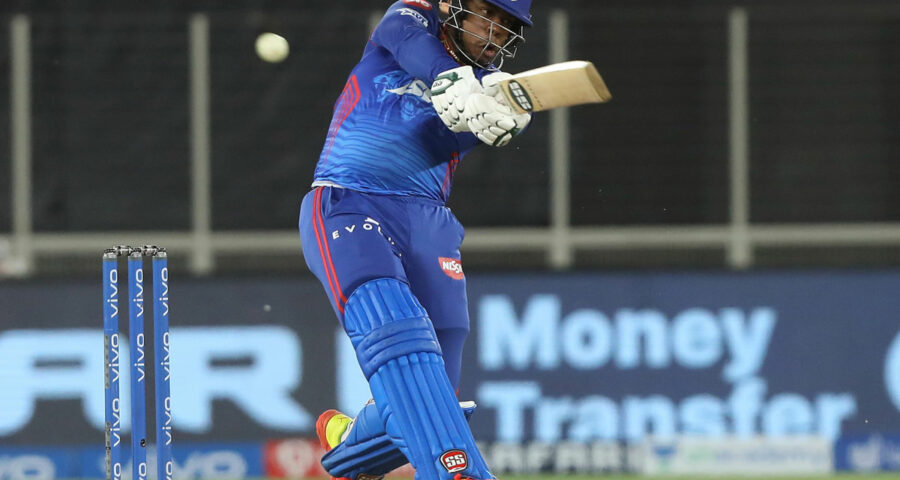 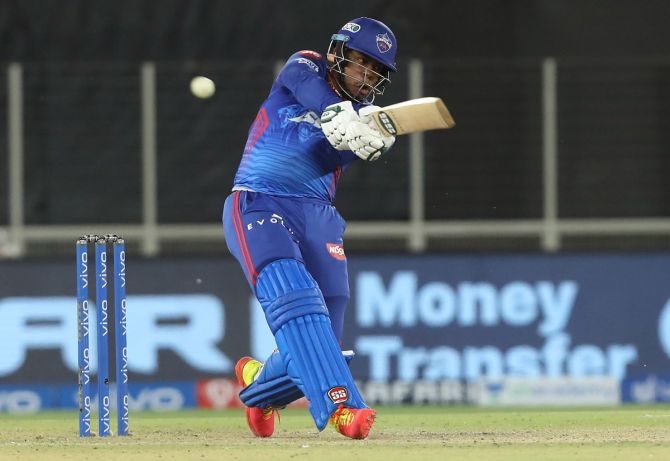 After posting 171 for 5 in their 20 overs courtesy of A B de Villiers’s brilliant 75 from 42 balls, RCB looked firmly set for victory as the Delhi Capitals batsmen struggled to get going.

The top three batsmen perished in the search for quick runs as Delhi were reduced to 47/3 in the eighth over.

The usually-aggressive Rishabh Pant was kept quiet by the RCB bowlers, who bowled a tight spell in the middle overs.

By the time, Shimron Hetmyer walked to the crease, the target looked nearly out of Delhi’s reach at 93/4 in 13 overs, with another 79 needed from seven overs, at an asking rate of over 11.

Hetmyer renewed Delhi’s hopes as he hammered Mohammed Siraj for a six over long-on and pulled the next ball for a four in the 15th over.

The left-hander got a lifeline on 15 when he was put down by Devdutt Padikkal, rushing in from long-on off Kyle Jamieson. The Kiwi pacer suffered at the hands of Hetmyer in his next over, getting hit for three sixes.

It was Hetmyer at his destructive best as he swung a full toss from the tall fast bowler over midwicket for a six before hitting the fourth ball over the same region for another maximum.

The last ball was blasted down the ground for the third six of the over as Jamieson conceded 21 runs in the 18th over to bring the contest back to life.

That over seemed to have swung the tide back in Delhi’s favour with 25 needed from two overs for victory and two well-set batsmen out in the middle.

Hetmyer raced to his fifty from just 23 balls with a single off Harshal Patel in the penultimate over, which went for 11 runs.

While Hetmyer smashed his way to a brilliant half-century, he failed to get support from the other end as Pant struggled on 47 from 43 balls.

With 14 needed from the last over, Delhi looked like they had the match in control. But Siraj came up with a sensational final over conceding just 12 runs to take his team to a thrilling win.

Siraj bowled superb yorkers to concede just two singles off the first three balls as Hetmyer got just one ball to face in the final over.

Pant hit the last two balls for fours, but in the end RCB ran home winners to go on top of the IPL.