This is a national leadership gone so wrong that India’s most powerful prime minister in four decades has personally taken charge of medical oxygen shortages, observes Shekhar Gupta.

Between premature victory mood that allowed Kumbh and elections, and lack of urgency on vaccines, the Modi government has walked into its biggest crisis. The way out needs realism, humility and one ‘Ram baan‘ weapon

Our friendly little Israel just marked its exit from the pandemic with cases down 97 per cent.

The not-so-friendly and bigger China announced its full recovery from Covid with a quarter of 18.3 per cent growth.

Move your gaze to India on the same day. Prime Minister Narendra Modi chaired a top-level meeting to respond to the growing crisis over the shortage of medical oxygen as Covid cases, deaths and positivity rates rise.

He wasn’t wasting any time in ceremonials or election campaigning on the day we are writing this.

Already, Modi had cancelled a scheduled meeting with the visiting French foreign minister, not something you’d expect him to do casually.

Especially given the centrality of France to India’s strategic interests and the PM’s likely summit with French President Emmanuelle Macron later this year.

But, please, let me underline for you what the prime minister of a nation of 1.38 billion with nuclear weapons and pretensions to be a global power was doing: Reviewing the supply status of medical oxygen.

We can say the usual stuff about this being an over-centralised, PMO-run government.

This is more than a story of micromanagement gone wrong.

This is a national leadership gone so wrong that India’s most powerful prime minister in four decades has personally taken charge of medical oxygen shortages.

As if a war with China was raging for some time and India’s forces were running short of missiles. 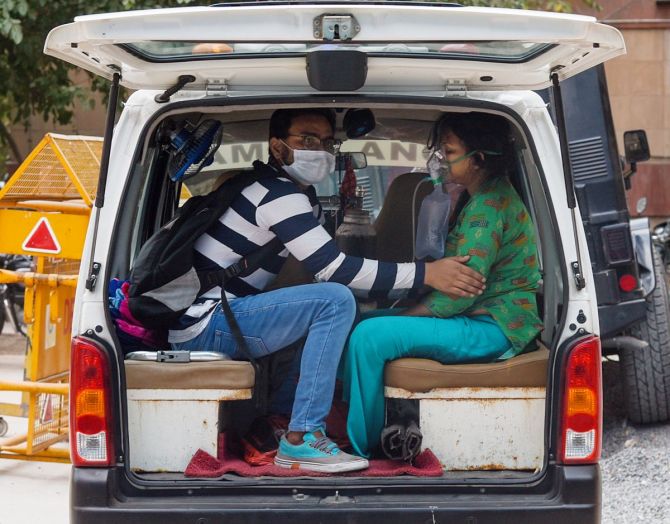 Being an old government watcher, I also noted with special interest that even representatives of the steel industry were participating in this meeting.

A few phone calls unravelled that mystery. The steel ministry and industry come in because you need many more gas cylinders.

Some decisions were taken at the meeting after this.

Mostly good ones — allowing free inter-state movement of oxygen among them.

Mukesh Ambani chipped in with transferring some oxygen from his plants.

And, as I write this, I see an anchor on India Today explaining in great detail — breathless in excitement — that the oxygen cylinders available for home use ‘you can buy from Amazon, but also from elsewhere’.

A nation that takes pride in being the unipolar vaccine world’s only super-power — hailed by Brazil’s Jair Bolsonaro, such as he is, as the modern-day Hanuman bringing Sanjeevani to the world — is now all battle-stations for medical oxygen.

Of course, it is out shopping for Covid vaccines across the world too. 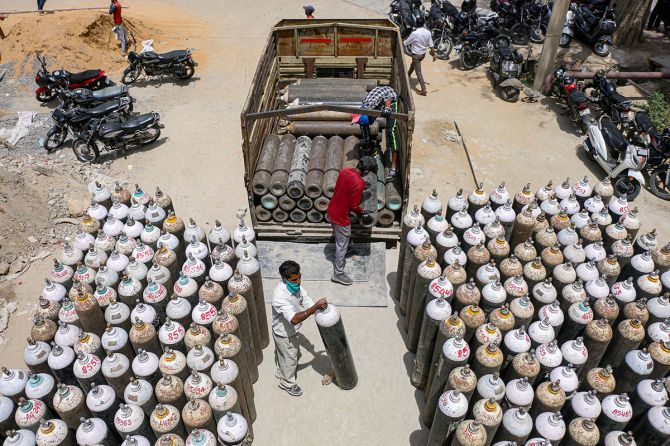 This is Narendra Modi’s biggest crisis yet.

It is bigger than any security threat, external or internal, or even the economic attrition of 2020.

Security threats unite India behind any government of the day. And economic losses was pre-calculated.

The crisis with the return of Covid, already twice as bad as the peak in the first wave and worsening still, has the potential of unravelling the Modi government.

It is unlikely, almost impossible, that somebody around him will tell him this.

Strong men do not fill their inner circles with people who can give them the bad news.

If it was so, somebody should have told him on the 2015 Obama visit — Sir, please do not wear this suit, it isn’t appropriate.

Or now, sir please do not let that stadium in Ahmedabad be named after you.

Very candidly, and not at the fear of the axe. Because critics bring reality check that sycophants and noddies won’t.

Remember the Bhakt Kabir wisdom that in the traditional RSS discourse Modi is familiar with: Nindak niyare raakhiye, aangan kuti chhawaye/bin paani, sabun bina, nirmal kare subhaay, which means ‘Keep your critics closest to you, within the four walls of your home and courtyard, listen to them without annoyance, because they can tell you your flaws so you can cleanse without needing soap or water’. 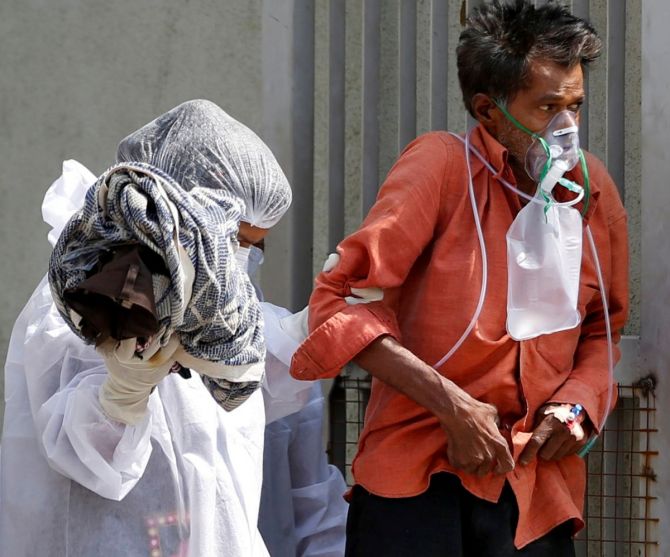 And since somebody must do it, hold up the mirror, here we are.

A nation that the entire world is looking at expectantly for its vaccine supplies is importing them instead in a real emergency.

What should have been a moment of crowing glory for Indian soft power is now a sad embarrassment where even doses contracted by Indian manufacturers, even to the country that issued the licence and transferred the technology — Britain (for Covishield) — are being held back.

Britain has served a notice of breach of contract on the manufacturer with a threat to withdraw the licence.

Unlikely such a withdrawal will happen at this juncture.

Once we accept with some humility the reality of where we are, we can reflect on how we got here. And, more important, how to get out of this.

When Narendra Modi first came to Delhi in the summer of 2014, he used to say that his big discovery was how the central government worked in silos.

People never worked together towards a larger objective.

He was going to challenge that territoriality, he said, break those old silos.

Over seven years now, has he built similar silos around himself?

As India’s Covid numbers began to decline after the mid-September peak while many other countries, including the US, UK, Brazil and Russia, were battling crippling second waves, we declared victory.

Who’s we, is a good question. Today, any questioning of the government runs into the ‘blame the people’ firestorm.

But what cue were they getting from leaders? That festivals, the Kumbh Mela and full-blooded election campaigns could now go on.

The war with the virus was over and the good side, us, had won.

People follow their leaders. The more popular they are, the more loyal are the followers.

Now that shortages are setting in, queues lengthening from hospitals to pharmacies to crematoria, when TV anchors are teaching us where to order oxygen cylinders for home use from, you know what you are paying for.

But, you know how perfidious we are? How entitled we, the people? We will never blame ourselves, but the leaders. There were errors of governance. As with all great projects where Bharat Sarkar takes full charge, it thinks it can do it all by itself.

With fiat. So the government will say which vaccine will be permitted, who will make it, how many, and the price to sell.

And, of course, it will be the monopoly buyers.

This isn’t the first time a government erred in cutting the market out instead of using it as an ally.

The surprise is it is the Modi government that did so. Its promise has been the opposite.

The way out is simple, because there is only one. Get more vaccines into people’s arms.

For a population our size, and our raging infections, our cruising pace of three million a day is too slow.

Around this time last year headline hunters were predicting apocalypse in India in the first wave.

They have been quietly nursing their wounds and pride after India proved them so colossally wrong then.

By Special Arrangement with The Print