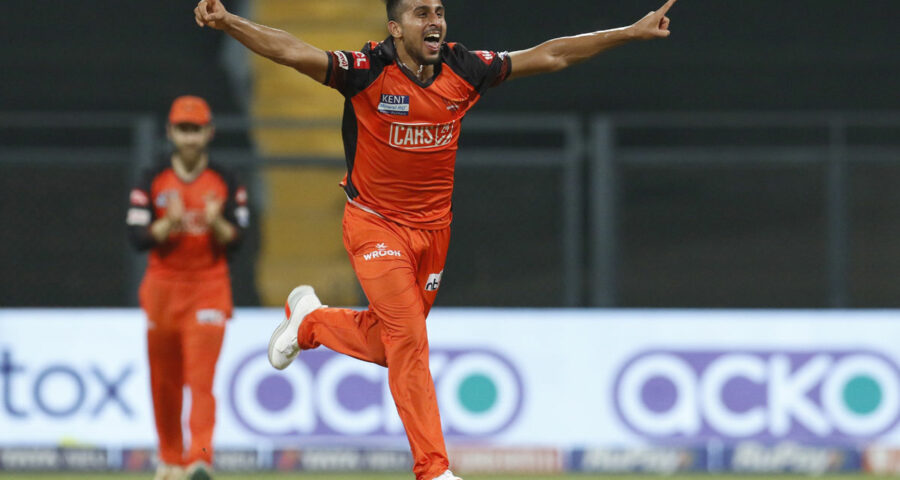 Umran Malik came up with one of the most destructive bowling spells in IPL history, but it was all in vain as the Sunrisers Hyderabad went down to the Gujarat Titans by five wickets off the last ball in a thrilling match at the Wankhede stadium in Mumbai on Wednesday.

Umran was at his fiery best as he ripped apart the Gujarat batting line-up, taking an IPL career-best 5/25. His pace proved too hot to handle as four of the Gujarat batters were bowled.

It will be a big shock if Umran is not considered for India selection based on his superb showing in IPL 2022. He is proving a difficult bowler to negotiate even on slow pitches for quality batters like Hardik Pandya and Shreyas Iyer, who was cleaned up by a virtually unplayable yorker in an earlier game.

The J&K pacer is now second in the list of wicket-takers in IPL 2022 with 15 wickets from eight games.

Against Gujarat, Umran, who was introduced in the eighth over, struck in his very first over. Shubman Gill made room to hit him through the off-side, was done in for pace as the length delivery crashed into the stumps.

Umran struck again in his next over with the big wicket of Gujarat Captain Hardik Pandya, with a perfectly executed plan.

The SRH pacer bowled a quick bouncer, Hardik was hurried into the pull shot, and the resultant top edge was taken by Marco Jansen placed very fine on the third man fence, behind the slips.

With 75 needed from seven overs, the well-set Wriddhiman Saha (68 from 38 balls) looked to make room against Umran, but was done in by a sensational 153 kph yorker.

The fast bowler was not done yet and he crippled Gujarat further with two wickets in his final over.

Umran’s policy of bowling fast and straight did the trick once again. David Miller was struggling to get going before he was beaten all ends up by another quick delivery clocked 147 kph which ended up in the stumps.

Two balls later, it was Abhinav Manohar’s turn to face the music. Manohar tried his best to keep out Umran’s last ball which was clearly too quick for him, as it beat his defensive push and sent his stumps flying.

Umran had single-handedly destroyed the Gujarat top and middle order enroute to his maiden five wicket haul, picking up all the GT wickets to fall.

Gujarat staged a remarkable comeback as Rahul Tewatia and Rashid Khan guided them to a stunning win off the last ball of the match.