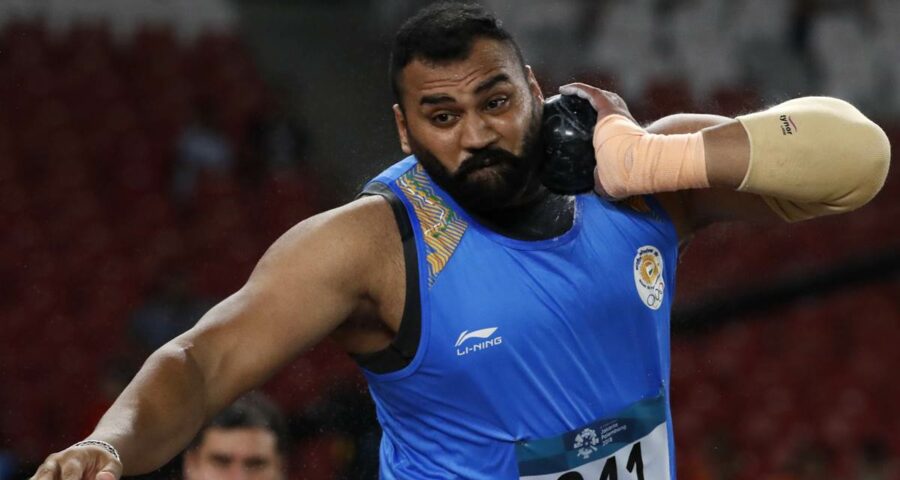 All eyes were on Annu Rani of Uttar Pradesh in women’s javelin throw event on the penultimate day of the 60th National Inter-State Senior Athletics Championships at the at the Netaji Subhas National Institute of Sports (NSNIS), Patiala on Monday.

Annu, who holds the national record, killed the competition with her first throw (62.83m) but fouled rest of her attempts. However, Annu set a new meet record which improved her own meet record of 59.8 set in 2016 in Hyderabad. Though Annu failed to get past the Olympic qualification mark (64.00m) she would make the cut by virtue of her world rankings.

Meanwhile, in the men’s shot put event, Tajinderpal Singh Toor of Punjab lived up to the billings by winning the gold with a throw of 21.10m, a new meet record. The old meet record of 20.44m stood in the name of Inderjeet Singh set in the 2015 Chennai edition.

The 2018 Jakarta Asian Games gold medal winner had booked his tickets for Tokyo Olympic Games last Monday at the same venue during the Indian Grand Prix-4 with an effort of 21.49m, a new national record. The 26-year-old from Moga must be more than happy with his efforts on Monday as all his other four legal throws were above the 20-m mark. Karanveer Singh and Vanam Sharma were second and third.

Tokyo-bound M Sreeshankar skipped the men’s long jump event with niggle on his take-off leg. He warmed up but decided to pull out after the team doctor advised him to take it easy, according to team sources. The Kerala boy qualified for the Olympics by setting a national mark of 8.26m on March 16 during the Federation Cup. His state mate Muhammed Anees Yahiya, younger brother of national 400m champion Anas, won the gold with a distance of 7.76m.

All eyes on the relays

Dutee Chand who finished out of the medal bracket on the second day on Saturday in the 100m event will be hoping to make amends in 200m final on Tuesday.

On Saturday, Hima Das, the mainstay of the 4x100m relay team, was seen limping towards the end of the 100m heats which she qualified but didn’t compete in the final. The Athletics Federation of India (AFI) tweeted that the Assamese suffered a muscle pull. But still Monday evening there was no update on her medical condition from the team management.

On the first day on Friday, the short relay team comprising Hima, Dutee, S Dhanalakshmi and Archana Suseendran set a new meet record clocking 43.50s. However, to take a flight to Tokyo, the Indians will have to be in top 16 and in the absence of Hima and poor form of Dutee, it will be an uphill task.

The men’s 4x400m team comprising Muhammed Anas, Amoj Jacob, Arokia Rajiv and Noah Nirmal Tom are confident after setting a new meet record of 3:01.89s in the heats which took the Indians to 13th position.

The qualification of women’s 4x400m relay will depend completely on the timing they will clock on the morrow.