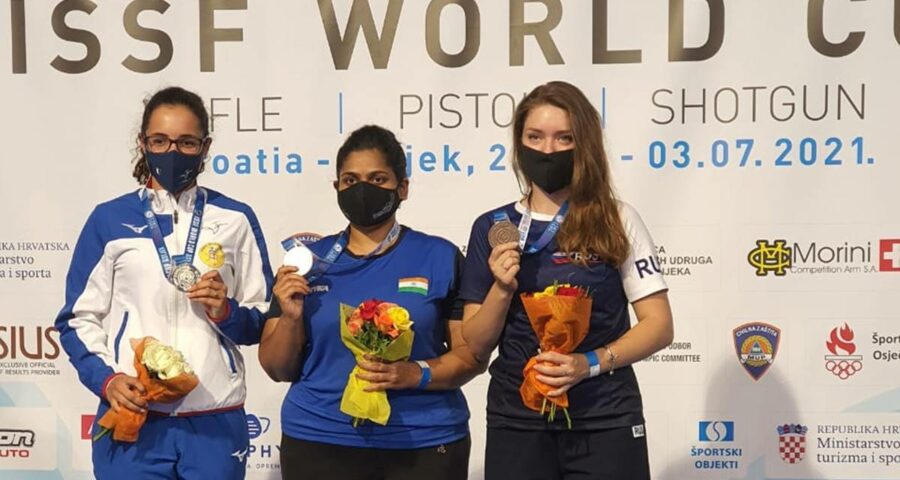 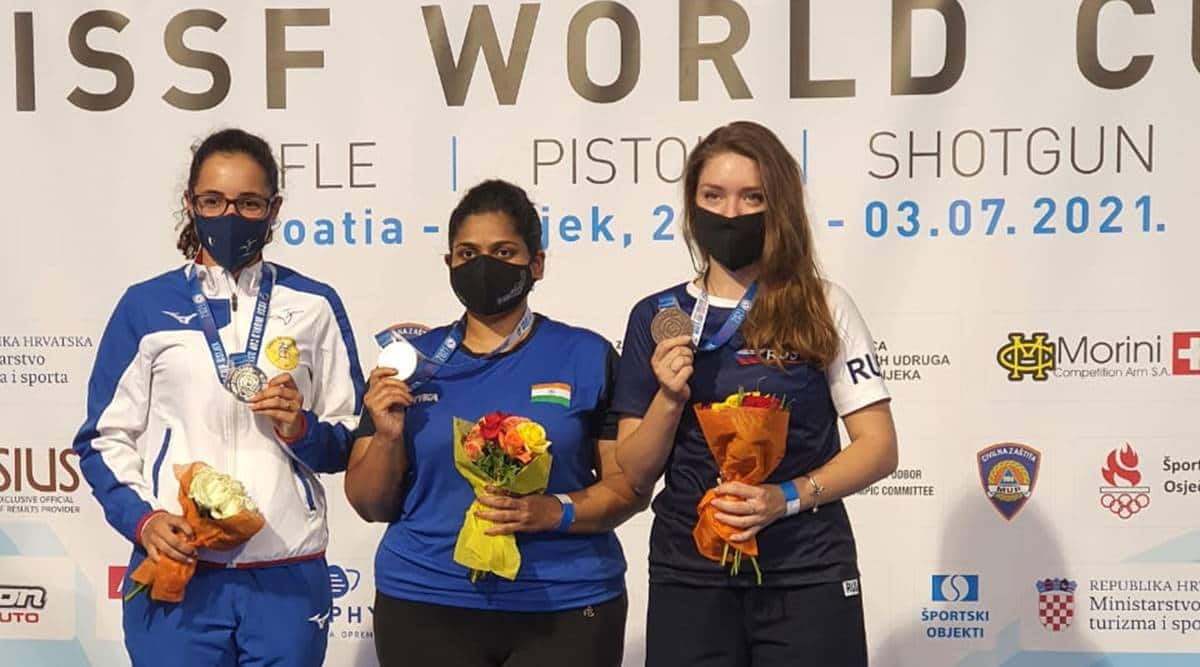 So far during India’s build-up to the Tokyo Olympics, Rahi Sarnobat has stayed under the radar, even as the rest of the shooters have carried the expectations of a rich medal haul. With the way she shot on Monday though, it’s inevitable that the veteran pistol shooter will be thrust into the limelight just weeks before the Games begin.

Sarnobat clinched the 25m pistol gold medal at the shooting World Cup in Osijek, Croatia. It was India’s first gold at the tournament, which came as a slight surprise given the country’s dominance in rifle and pistol events in the last few editions.

But more than the gold medal, what catapults Sarnobat as one of the contenders for the Games is the manner in which she shot, especially in the final where she missed the world record score by just one point.

The 30-year-old entered the final round after finishing in second place during the qualification stage, with a respectable tally of 591 out of a maximum 600 – 295 in precision and 296 in rapid. The other Indian in the event, Manu Bhaker finished third in qualifying with a total of 588 (292 in precision, 296 in rapid).

In the final however, Sarnobat blew away the field, shooting with remarkable accuracy. With a score of 10.2 or more counting as a ‘hit’, she shot flawlessly in five out of the 10 series to manage 39 hits out of a maximum of 50. She had five hits out of five in the first, third, fourth, fifth and sixth series to cruise to a gold medal finish. Bhaker meanwhile, finished seventh.

Sarnobat’s tally of 39 was eight more than the second-placed Mathilde Lamolle of France and just one short of the world record set by Hungary’s Veronica Major at the 2019 World Cup in New Delhi. However, she tempered down the expectations, saying the ongoing World Cup was more about fine-tuning the preparations for the Olympics rather than getting carried away with the hype of a gold medal.

“This competition was absolutely not about performance or medal because I was trying out a few things which I am going to do in the Olympic Games, and this is the final competition before that,” she said.

“It was more about trying out things and finalising everything before the Olympics for the last time and that was just that. This gives me the assurance that I am on the right track and I have to keep working on this up to and after the Olympic Games as well.”