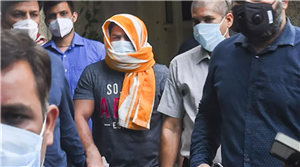 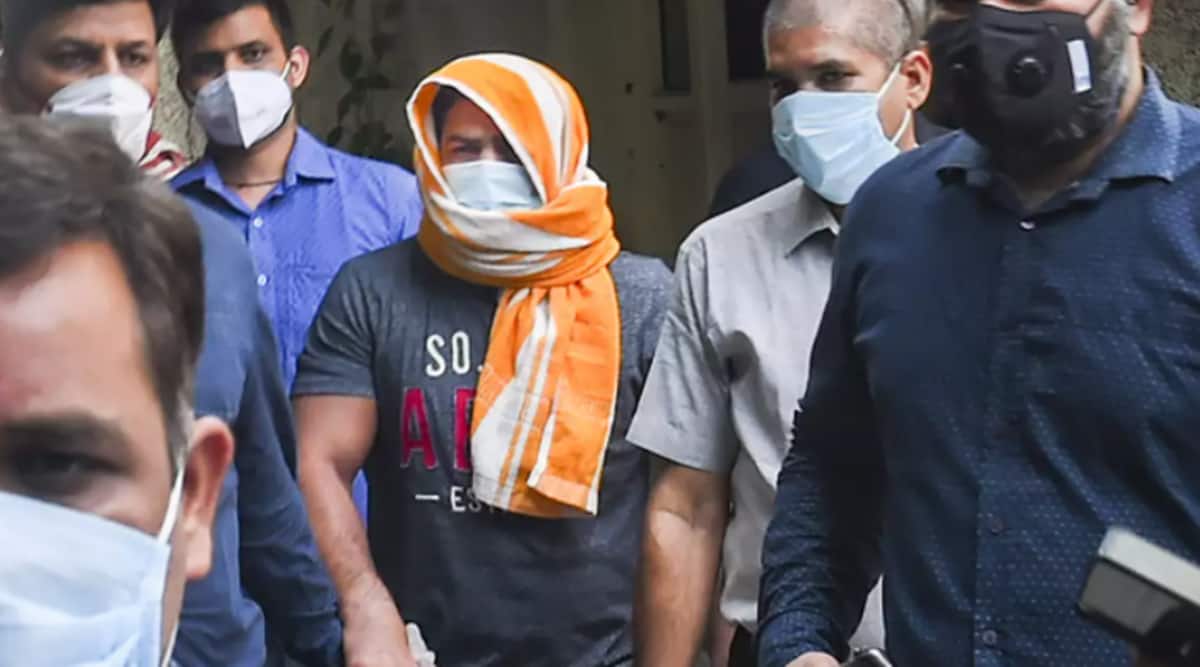 It started with a fight over property. It ended with a former junior national champion, Sagar Dhankhar, getting beaten to death. And an ex-world champion, a two-time Olympic medallist, Sushil Kumar, getting arrested after being on the run for close to three weeks.

On Sunday, Sushil, who put India on world wrestling’s map, hid his face behind a yellow-white towel as Delhi Police’s Special Cell personnel paraded him in front of cameras. His friend and fellow wrestler Ajay Sherawat, wearing a black t-shirt with ‘Mercy for animals’ inscribed on it, was next to him.

The two had been criss-crossing state borders evading cops since May 5, the day after the incident. Both are mentioned in the FIR and have been accused of murder, abduction and criminal conspiracy.

It’s a dramatic fall from grace of an athlete who medalled at consecutive Olympics — an unprecedented feat in a country that had a grand total of two individual medals in the last century. As fate would have it, the alleged venue for the deadly clash that triggered this sequence of events was Sushil’s permanent base for more than two decades and the country’s most prolific wrestling assembly line – New Delhi’s Chhatrasal Stadium.

Until the night of the incident, May 4, Sushil was said to be preparing hard at his famous alma mater for that final push to make the cut for the Tokyo Olympics. Though he was ignored for the qualifiers, he didn’t give up. “I still have a lot of wrestling left in me. It (career) won’t end like this,” he had said, dismissively. Now one wonders, is this how his illustrious career ends?

Sources in Delhi Police say Sagar was confined and assaulted in the Chhatrasal basement. Hidden from the outside world, it’s a sprawling but dimly-lit space that’s big enough to house around 50 cars. But it has never been used as a parking facility. Instead, wrestling mats were laid in this wide corridor with bright pink walls. It has a makeshift gym, a tiny office and a praying area. It’s an uninviting place guarded by burly men with prying eyes, who stand next to the giant metal doors, ensuring the entry of only a select few.

Sushil had been training here for years but since 2019, except for a few weeks during last year’s lockdown. He practically lived in his dingy hall, surrounded only by his most trusted lieutenants, one of them being Ajay, the friend who was on the run with him. His knees strapped and wrists taped, Sushil – who will turn 38 this Wednesday – was putting his body through immense pain in a final, desperate attempt to make the Olympics team.

He’d even flown down a coach six years younger to him from Dagestan, the South Russian region that has embraced wrestling to keep boys away from violence.

Incidentally, hundreds of teenagers who walk past the iron gates of the North-West Delhi stadium also took up wrestling for this reason. “Growing up in these parts, you are never far from violence,” said Pradeep, a wrestler who refers to himself only by his first name. “My parents feared I’d become a thug. So, they sent me to Chhatrasal to become like Sushil pehelwan.” In these parts, almost everyone who wrestled wanted to be like Sushil.

He was 14 when he joined the Chhatrasal Stadium’s akhara, which was started in 1988 by his former coach, now father-in-law, Satpal Singh. The two Olympic medals, bronze at Beijing 2008 and silver at the London Games, and a world championship title in 2010 catapulted Sushil to a status that very few Indian sportspersons enjoy. Around here, he was deified. Adjacent to a Hanuman statue at the entrance of the wrestling hall are two giant pictures of Sushil. The young pehelwans followed a daily ritual: first seeking the Lord’s blessings and then, touching their idol’s feet.

In his prime, Sushil would put on a show every day for the 200-odd wrestlers, who would come from the remotest villages across Haryana, Maharashtra, Uttar Pradesh, and, in some cases, even Jammu. He climbed ropes, grappled in mud, trained on the mat, and showed the amount of effort that goes into becoming an Olympic medallist.

It was in this spartan setting with a guru-shishya tradition that young wrestlers aspired to add to Chhatrashal’s legacy. But after May 23, the day Sushil hid behind the yellow-white towel, will the country’s most-fabled wrestling school be maligned forever?

These tough, battle-hardened men, who are taught to practise celibacy and self-control, have often flirted with the law. In the decades he has spent policing the region, retired cop Ashok Chand says he has come across multiple instances where wrestlers ‘because of their physical prowess, are used by various segments of the society’.

“There are many active and former wrestlers who are recruited as musclemen by politicians, recovery agents by banks and money lenders, bouncers at clubs and pubs. There are some who join criminal gangs and gangsters and indulge in extortion and bullying businesses to pay protection money. They are also employed by toll plaza owners to man booths on borders to browbeat motorists,” Chand says.

This isn’t plain generalisation. There are far too many instances that attest Chand’s claim:

– A few years ago, a village sarpanch in Haryana was shot dead because of a tussle over land.
– Naveen Dalal, the man accused of firing two shots at activist Umar Khalid outside the Constitution Club in New Delhi, is a former wrestler from Mandothi, a village in Haryana.
– Rakesh Malik, another wrestler from Haryana, served a jail term for murder, and was involved in another assassination attempt after he was freed.
– Earlier this year, a wrestling coach killed five sportspersons in cold blood after he was accused of misbehaviour by a woman wrestler.

Wrestling Federation of India (WFI) assistant secretary Vinod Tomar said Sushil’s actions had brought disrepute to the sport, which gained in popularity after the country won medals in it at the last three Olympics.

But the WFI itself is headed by Brij Bhushan Sharan Singh, a BJP Member of Parliament from Kaiserganj, Uttar Pradesh. As per his 2014 election affidavit, he has been charged in numerous criminal cases, including attempt to murder and dacoity. Calls to Singh seeking comment went unanswered.

Parents of young wrestlers realise the sport is a double-edged sword: there is the lure that the sport could bring them fortune and fame but there are underlying fears, too, that their child could very easily go astray.

For this reason, the father of Tokyo Olympics-bound wrestler Deepak Punia travelled 50km one-way, from his village Chhara to Chhatrasal, every day. Subhash Punia undertook these long trips to deliver homemade food to his son. He did it also to make sure he did not go off-track.

Punia Sr. had earlier told this newspaper: “I quit everything I was doing and concentrated on giving him the best quality food and whatever else he needed. It helped his wrestling, of course, but that was also one way to ensure he did not go off the rails. The technical bits were taken care of by Virender coach (in Chhara) and Mahabali Satpal (at Chhatrasal).”

If Sushil was the face of Chhatrasal, Satpal was the brain behind it. The former Asian Games gold medallist wrestler and a Dronacharya Awardee has set up a well-oiled scouting system over the years, which now runs on autopilot. He has informally tied up with hundreds of akharas across Haryana, which act as feeder clubs to Chhatrasal. Once there, the trainees live in rooms next to the wrestling hall and under the stadium’s stand, and all their basic needs are taken care of. Sushil, the biggest name of them all, took up an administrative role at the stadium in his twilight years but did not stop training. “There is a lot of discipline and hard work. But most of all, there is fairness. This is why Chhatrasal is one of the best academies in India. Some wrestlers may feel insecure at a national camp but they feel safe at Chhatrasal,” says a wrestling coach from Maharashtra.

There may have been the odd case of indiscipline but nothing as severe as the incident this month, which has prompted various questions and theories about what goes on inside the stadium.

“It isn’t only a wrestling hub,” says veteran crime reporter Inder Vashisth. “In the mid-90s, Delhi Police was on the lookout for a mafia in extortion cases. It turned out he was handing over prizes at Chhatrasal Stadium along with Satpal. A lot of criminals from the outer Delhi region have sought refuge inside the stadium. Satpal and Sushil, apart from being sportspersons, are also government officials. So, their role should be investigated.”

Ravinder, a Chhatrasal trainee who claims he was with Sagar on the fateful night, says he will discontinue training there. “I won’t be training at Chhatrasal anymore. I will cut all links with Chhatrasal. An akhara is like a spiritual place for a wrestler. With Sagar’s death, Chhatrasal is not the same hallowed place for me. There are other wrestlers who will leave too,” Ravinder says.

Says another Chhatrasal wrestler who is disillusioned by the recent events: “We have to make so many sacrifices to become the best wrestler at Chhatrasal. The competition is fierce. The rigour of training, the discipline, the dedication needed is unimaginable for someone who is not part of the akhara. But you always thought that it was something pure and essential to keep the wrestling culture alive. But after this incident, one wonders what kind of culture is being promoted at the akhara.”

Chand, the retired police officer, refrains from singling out Chhatrasal. But he concedes that akharas are ‘responsible for turning pehelwans into criminals.’ “This is more or less true of the whole of Northern India. Pehelwans who control akharas become powerful as they are courted by politicians and criminal and unscrupulous elements of society as they have, under their tutelage, young wrestlers who can be used for achieving their objectives,” Chand says. “But I wouldn’t like to specifically say anything about Chhatrasal or Sushil.”

But after the clip released by Delhi Police – showing Sushil hiding behind a towel – went viral, wrestling’s so far unseen ugly underbelly got exposed and the whispers about the akhara’s shady culture got amplified.

With inputs from Nihal Koshie