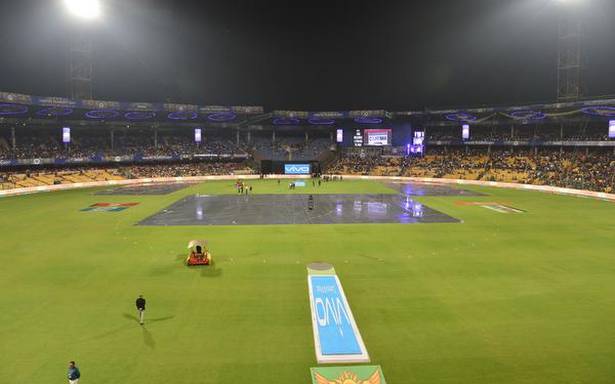 When there is enough action on the field in an IPL match, we don’t need more thumping and colour off it to underline that, or compete with it

Running commentary, the craft of bringing the game to the listener and viewer at home (or anywhere else), has undergone many changes from radio to television to IPL.

The IPL rates a category of its own because like the tournament itself, the commentary has become a generic term for oversell. But that is not the main reason. It is possible that the Dugout might be the future of commentary.

The tournament has, to a certain extent ironed out some of its excesses and moved closer to the sport side of the spectrum from the purely entertainment side when it began. Not so the commentary, which has been a work in progress for over a decade now, and continues to exist somewhere in between, neither fish nor fowl.

Television’s initial instinct — that the IPL cannot be reported in the straightforward manner other cricket is — was the right one. But in concentrating on form over content, on spectacle rather than substance, it quickly came to a dead end. Thus was born the Dugout. This meant, however, two sets of entertainment, one on field and the other in the studio.

Over the years the word associated with IPL is ‘loud’ — from the game itself to Danny Morrison in the commentary box. Even if you enjoy the game, there is no guarantee that you will enjoy the banalities of the commentary.

There was an argument for the innovations at the start. ‘Razzmatazz’ and ‘sportainment’ were the buzzwords then, and anything that reflected these in the commentary was seen as contributing to the overall value.

When Mandira Bedi was for a brief while one of the faces of the IPL, she brought enormous attention to bear upon the tournament; the organisers believed that all publicity was good. Soon we had cheerleaders in the studio which looked rather silly, but it was part of work in progress.

An alternative was needed to the loud and over the top style of those calling the game at the venue, and thus was born the Dugout, a more sober, more analytical and better informed commentary from the studio. It worked for a while, attracting a viewership that was interested in tactics and technique and stories behind the events.

But the experts soon felt a need to be cute and funny (apart from having to praise everything good, bad or ugly, which presumably is part of the contract), and instead of the on-field commentary raising its standard, the Dugout lowered its own.

Few commentators are natural entertainers, speaking with the range and confidence of stand-up comedians. Under pressure to entertain, they struggle because of the forced nature of the attempt.

What is poor Ajit Agarkar doing in the midst of all this noise and flashing lights, unsure if he should remain his sober self or try to match the artificial exuberance of his colleagues? Agarkar speaks a good game, but he is not much given to shouting and feigned high spirits.

Brian Lara, one of the modern greats, what is he doing? The maker of the highest scores in both first class and Test innings is reduced to taking an exaggerated bow every time a so-called ‘prediction’ of his regarding the fall of a wicket turns out right.

Commentary in the disco box with coloured lights flashing all around and sounds emanating unexpectedly and so much screaming and shouting may be fun, but I doubt it.

When Virat Kohli was missed the first ball he faced against Mumbai Indians, the commentators were so busy patting one another on their backs that they omitted to mention who the fielder was who had let the ball through.

Even if you sit miles away from the action, the basics don’t change: tell the viewer what he needs to know. The viewer should not be forced to flip between channels.

The IPL is a television sport, and lends itself to the kind of viewing experience that is only diminished by annoying commentary. All shots cannot be incredible, all wickets are not ‘huge’, and every car on display every year cannot be the greatest thing since sliced bread.

Sure, I am not the demographic this is aimed at. But I found many youngsters too watch the matches with the sound switched off.

When there is enough action on the field, we don’t need more thumping and shouting and colour off it to underline that, or indeed compete with it.

T20 started out as a bit of a hit-and-giggle cricket, and in the early years the IPL was unsure whether it was sport or entertainment.

But it has worked at gaining acceptance as a sport thanks to radical approaches to data harvesting, selection, technique and coaching. The Dugout needs to gain similar credibility.