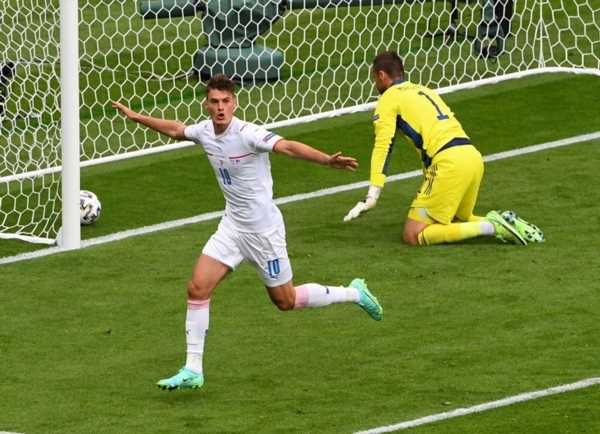 The Euros have always offered a delectable fare of goals. The dramatic Round of 16 games tipped the Euro 2020 goals tally.

Here’s a look at the top goals: Arguably the goal of the tournament was scored by Patrik Schick from almost halfway against Scotland. It sent pulses racing and spawned a thousand memes of Scottish goalkeeper David Marshall tumbling into the net in vain.

Schick has been a revelation at Euro 2020 and his second goal against Scotland virtually sealed the goal of the tournament after only four days of this month-long competition.

Noticing Marshall wandering in no-man’s land, the Bayer Leverkusen striker took aim from 45 yards out. The trajectory of the ball arced a good few metres wide of the post, but had sufficient curl and dip to nestle under Marshall’s bar as he tried desperately to get back. 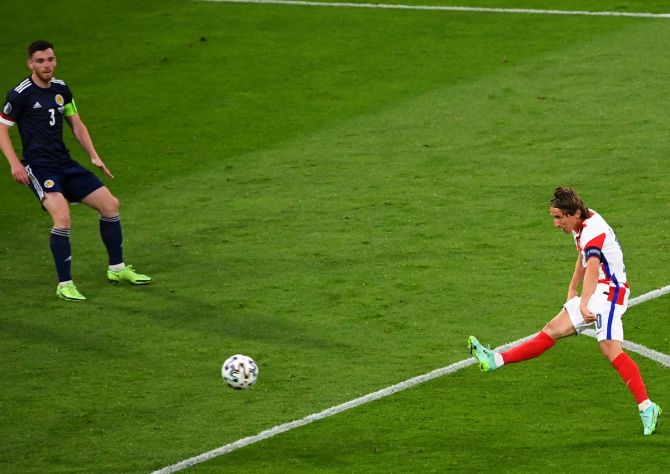 Luka Modric started and finished his own spectacular goal against Scotland by twice using the outside of his right foot.

The first time he sprayed it wide to the left before the ball worked its way back to the Croatia captain lurking with intent on the edge of Scotland’s penalty area. His second effort was struck so sweetly it could rot your teeth.

Like Schick’s, the arc of the ball helps make this goal another classic. At least Marshall can say he was in his own penalty area for this one. The Swiss maestro scored one of the most memorable goals of the last Euros with a bicycle kick against Portugal and he put his hat in the frame for consideration this time around with a gorgeous effort against Turkey.

Taking a touch to control the ball, Shaqiri then let fly with an unstoppable effort off his weaker right foot that gave Turkey ‘keeper Ugurcan Cakir no chance. The Atalanta man had a goal chalked off for offside, provided two assists, and then sent a thundering header beyond Rui Patricio before being substituted on 62 minutes. The 23-year-old Nice man’s powerful effort from outside the box flew past a helpless Danny Ward in the Wales goal.

It was an outstanding finish to a brilliant team move by Denmark and after firing the ball home, Dolberg celebrated rippling the back of the net like an absolute boss.

The striker simply stood and admired his swerving strike, holding his hands aloft in the process.

Belgium goal hero Thorgen Hazard came out from under brother Eden Hazard’s shadow with the winner against Portugal in Seville, ensuring his team a place in the European Championship quarter-finals.

The Bundesliga-based winger took aim from outside the penalty area with a rasping shot, that swung left and then right through the air, before crashing into the net to ensure Belgium’s progress from the last-16 and the elimination of the title holders.

Patricio stepped to the right in anticipation of a near post shot but was unable to get back across and was beaten by an effort that flew in centrally in the 43rd minute. 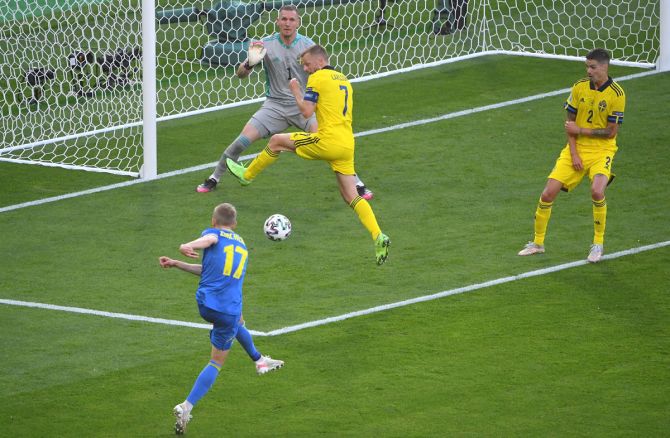 A goal and an assist from Oleksandr Zinchenko sealed Ukraine a dramatic first ever European Championship knockout victory at Sweden’s expense.

After operating on the left of a midfield three throughout the group stages, the City man was drafted out onto the left flank for the clash at Glasgow’s Hampden Park, with the move paying dividends.

Arriving unmarked at the back post, Zincehnko met Andriy Yarmolenko’s floated cross with a vicious half volley before the half hour to grab the game’s opening goal.

The strike was too hot to handle for Swedish stopper Robin Olsen and nestled into the far corner of the net.