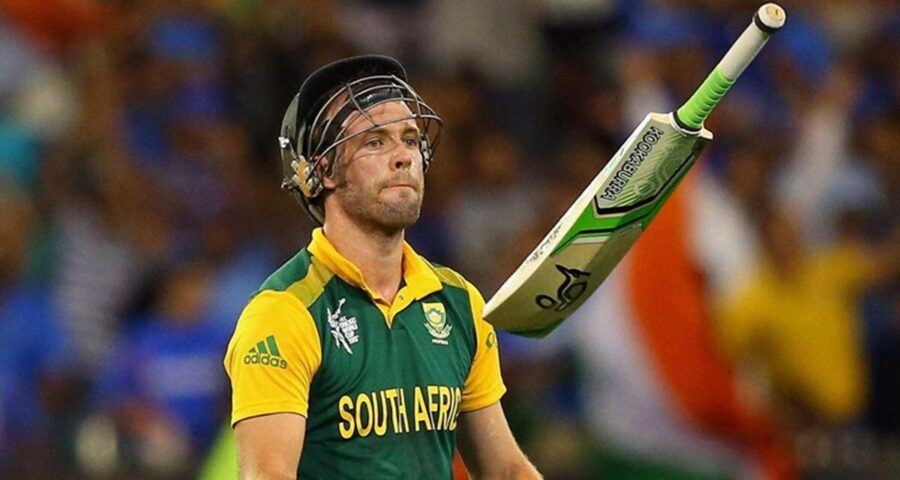 Here is his greatness through some of his most impactful knocks, where the AB-ness of AB shone fully — and also try to understand why he struck a chord with fans, at home as well as away. The enduring greatness of AB de Villiers, who retired from all forms of the game on Friday, and would no longer be that pillar of assurance in the RCB clothes, was not merely the volume or runs, the raft of records or the radicalism his stroke-play embodied. It was equally about his revving impact on the game: the visceral fear he instilled in the hearts of bowlers, the awe he inspired in fellow batsmen, and the range of emotions he made cricket fans traverse across formats. Suffice it to say that no other batsman in this century has left the audience as mystified as de Villiers.

Here is his greatness through some of his most impactful knocks, where the AB-ness of AB shone fully — and also try to understand why he struck a chord with fans, at home as well as away. Steyn and AB are good friends. But he didn’t show him any mercy when RCB required 28 runs off the last two overs in a chase of 155 runs against Sunrisers Hyderabad. Steyn was deputed to bowl the 19th over, and his previous three overs had cost just 16 runs. It was expected that AB would look to play him watchfully and then take on Irfan Pathan in the final over. But had other intentions, as he shuffled across the stumps and pinned him over square-leg, a stroke of remarkable dexterity. A bemused Steyn ripped a full-throttle 90mph full ball into the body. Almost a yorker, not quite a yorker, and that was all it required for AB to shovel him into the sight-screen. Most batsmen would have settled for a brace of sixes against Steyn, but AB was just plotting for more boundaries. After a couple of sedate balls, in which he exchanged singles, he thumped him over mid-off for a boundary. By this time, both Steyn and SRH had reconciled to their fate, and his fellow South African just piled on more misery with an audacious scoop over fine leg. Seldom has one of the world’s fiercest fast-bowlers looked so mortal or one of the world’s finest batsmen looked so immortal. Having ransacked 23 runs of Steyn’s over, he wrapped up the match with a heaved-four through mid-wicket off Pathan. Steyn, though, was not the only bowler who suffered, Darren Sammy was smashed for 19 runs in an over, setting tone for the carnage.

Super-fast on a super-slow wicket (73 not out off 33 balls, versus KKR in Sharjah):

It was a frighteningly slow surface that even Virat Kohli struggled for timing, his unbeaten 33 consuming 28 balls. AB consumed just five more balls than Kohli, but pummelled 40 more runs, at a incredulous strike rate of 221. Swiftly configuring that the strip is not conducive for sophistry, he rang in his power game, as most of his sixes were flat strikes down the ground. He would hang back, clear the front leg and swing the ball through the line. It could arguably be his most violent IPL knock, the day he was more like Kieron Pollard than AB. Poor Pat Cummins, the Australian seamer was brutalised, one of his overs costing 19 overs. RCB ended up posting 194, a target KKR fell short by 82 runs.


The last innings of a dead rubber, marred by substandard turners that eventually devoured the South African batsmen, AB, then the record-holder for the fastest 50, 100 and 150 in ODIs, decided to play the most un-AB innings of his career, a treatise on old-fashioned stone-walling. The type that would have Barrington and Boycott blushing. But he was merely demonstrating another undervalued, lesser-burnished shade of his game — the art of defiance, wrapped often in a silken veil of bluster. It would be rude to even suggest that he defied his instincts and impulses, cravings and temptations, rather he presented another dimension of him. To put the dour magnificence of that knock in perspective, he scored only six boundaries, finding the ropes only when the ball was irresistible. He faced 297 balls and batted for 354 minutes, his third longest effort. On occasions, he has batted longer, he had to his name 178 (off 352 balls against the West Indies in Bridgetown) and 278 not out (off 418 balls). He also became the only batsman to have not scored a 50 despite playing 300-plus minutes. Several lesser exalted virtues of AB shone through the Kotla blockathon, not least his infinite level of concentration, indefatigability and physical stamina, and the inscrutable technique on a wearing surface against Ashwin and Jadeja. Most often, his bat has resembled a magic wand, lithe and limber, but in Kotla for nearly six hours, as it was in 2012 against Australia in Adelaide when he scored a boundary-less 33 off 220 balls, it was like an unbreakable barn-door of antique mahagony.

Even by the Wanderers’ penchant for incredible feats of batsmanship, his evisceration of West Indies is, by some distance, the most destructive exhibition of batting it has witnessed. To capture the essence, when he walked in, South Africa were already 247 for 1 in 38.3 overs. When he departed, in the fourth ball of the final over, South Africa had knocked off 192 runs more in only 67 balls—144 of those came off de Villiers’s bat in merely 44 balls in 59 minutes. More crucial and gratifying runs have come off AB’s bat, but not with such ferocity, or eye-rubbing audacity. Forget the records he broke — 16-ball 50, 31-ball 100 — but this was de Villiers at the peak of his improvisational ingenuity — lap shot, scoop, switch hit, ramp, reverse sweep, every modern-day batting gadgetry — almost prophetically deciphering the intentions of the petrified bowlers, pulling out every stroke in and out of the coaching manual bounds. To think that he was nervous when he straddled on to bat, as he had written in his autobiography, beggars belief.

His beyond the boundaries appeal:

A quirky banner at the Oval, where South Africa was playing England in 2012, offered a solution for the dwindling crowd for Test matches: “AB should play every Test in the world.” Like Tendulkar and Lara of recent vintage and like Richards and Sobers of distant sepia, de Villiers was the consummate crowd-puller, be it Brisbane or Bridgetown, Oval or Wankhede, Colombo or Cape Town. In his last tour to India, they cheered for AB as vocally as they did for Kohli, often louder and spunkier. In the IPL, he’s the ultimate crowd-magnet, even if RCB continue to languish at the bottom of the pile. As with the greats, his batting transcends loyalties.

Indian batting great Rahul Dravid dangles a simple observation: “If you can bat like that you are going to be popular.” Even young impressionable batsmen attempt to ape him, and they soon find out that it’s far from easy. Even as recent as the SRH-CSK playoff, Carlos Brathwaite shed his impulses and tried to fit into his robes, only to find that’s hollow. Several others would readily testify to such mis-experiments. Like they tried with Lara and Tendulkar, Richards and Sobers.

Was there anything he could not do?

His athleticism dropped jaws and quizzed Newton’s laws, his keeping bounded off a gymnast’s suppleness and phew, he could even bargain a few wickets with his dibbly-dobblies, a rare aspect of the game left untouched by his enterprise. He was a reluctant bowler, and most of his nine wickets were lower-order batsmen, but he did have two prize scalps to his name — Aaron Finch and Younis Khan. The Australian opener, after a punishing 109, was bowled neck and crop by de Villiers, the former trying to knock the daylights out of him with a wild heave and de Villiers keeping the ball on off-stump, undoing Finch with his lack of pace than any orchestrated deceit. Khan was fooled by the slight away movement, which coerced a leading edge. Unlike his batting, he didn’t possess any arcanery of deception-tricks, but bowled with a great deal of common sense, making us wonder how resourceful he could’ve been if he had shed more attention to his bowling.