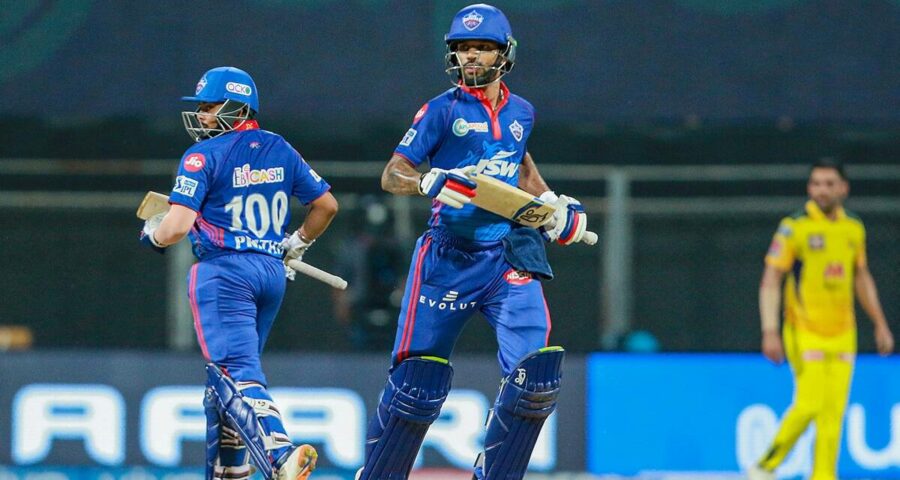 Suresh Raina’s 36-ball 54 suggested he and Chennai Super Kings were back after a forgettable edition. A flurry of wickets fell, including that of MS Dhoni for a duck, to raise doubts but Sam Curran’s cameo propelled them to 188. However, Shikhar Dhawan and Prithvi Shaw blasted 138 runs in just over 13 overs to make it a cakewalk for Delhi Capitals.

“Vandhachunu sollu! (Tell them I have arrived!”) On April 4, clad in the yellow Chennai Super Kings jersey, Suresh Raina posted that popular Tamil zinger from a Rajini movie. At the last IPL, where he left the CSK camp in Dubai before the tournament started, he had to clarify rumours about the reasons for his departure. There was also speculation that he might not be retained this year. In his comeback game on Saturday, he showed why he is one of the all-time greats in T20 with a typically aggressive knock.

Delhi Capitals probably played to his strengths by having the spinners on against him. They could have had Chris Woakes carry on, who was swinging the new ball and picked a  wicket. In fact Woakes didn’t finish his full quota.

The absence of Kagiso Rabada and Anrich Nortje this year have weakened Delhi’s pace attack and Raina jumped out at the spinners Ravichandran Ashwin and Amit Mishra.

He creamed Ashwin inside-out through covers but it was the next ball that showed he was in good touch.

To no one’s surprise, he charged out but Ashwin also dragged back the length pretty well. Raina adjusted to muscle it on the up towards wide long-on as he has done so many times in the past.

With both Raina and Moeen Ali going after him, Ashwin, who is generally very good against left-handers, lost his lengths. Mishra tried to vary his googlies but both the outside-off and the outside-leg variations ricocheted off empty seats at Wankhede. Raina was set for more but was run out as his partner Ravindra Jadeja ran into the bowler Avesh Khan when he turned for the second run and had to abort it. Raina had gone too far down the track to make his return in time but by then he had done enough to validate his Rajini-ism.

Last year Shaw was dragged back by three problems: the back lift (he would take the bat too far away from the body and had to drag it back). Then he would go too hard at the ball rather than use his sweetly-timed punches. Another issue was him being a bit too legside of the ball and resultantly reaching out for deliveries. He had already shown in the Vijay Hazare tournament, that preceded the IPL, that he had sorted out those errors. He picks up the bat a lot straighter now, didn’t go too hard at the ball and moved into the line of the ball more smoothly. It wasn’t a surprise, then, to see him cream all the CSK seamers, who it must be said didn’t swing the ball as much under lights.

Ever since the last IPL, Dhawan has been in great form and came up with a typically in-control-knock.

Even when he reeled off the boundaries, as he did in this game, he rarely ever flexed his muscles or threw his bat around. As ever, he worked the angles, maintaining his shape and getting into positions from where he focussed on timing his shots. Even a sweep that he played against seamers – a shot that he has increasingly played in recent times — was all about getting into position and wafting the bat ever so sweetly.

Or consider the straight-six he hit off Sam Curran in the fourth over of the chase. It was full and in the slot, but Dhawan didn’t biff it. He didn’t even do the full follow-through, instead ensured he made contact with the full bat-face and got the timing right.

He is also a batsman who likes to move around a lot, but in a purposeful manner according to the areas he is targeting. In the 11th over, he backed away from the stumps to crash a full delivery from Shardul Thakur through the covers.

In the next ball he faced, the second ball in the next over, he moved the other way to outside-off to drag a Dwayne Bravo delivery to the backward square-leg boundary. Later he unfurled his kneel-down-and-slap-dash shots off Chahar and Bravo.