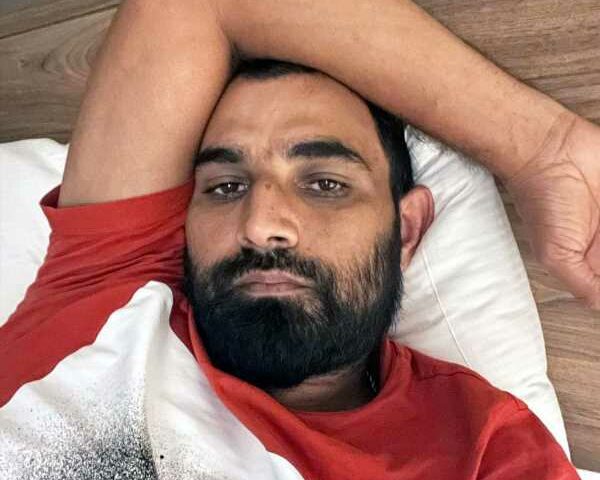 Mohammed Shami touched down in Brisbane on Friday, October 14, 2022, as he gets set to join the Indian team ahead of the T20 World Cup.

Shami, who was named among the standby players for the World Cup, is among the favourites to replace Jasprit Bumrah in the Indian 15-member squad, but he faces competition from Mohammed Siraj, who staked his claim with some excellent performances in the ODI series against South Africa.

Shami, who missed the three-match T20I and ODI series against South Africa because of COVID-19 which also delayed his departure to Australia, will be keen to make up for the lack of match practice with some hard yards in the practice session in the next few days and dispel all doubts about his fitness and form.

India will name the replacement for Bumrah on Saturday, October 15.

For now, Shami looks keen to recover from his jet lag after a long flight from Bangalore to Dubai to Brisbane before he hits the ground running Down Under.

‘God, thank you for bringing me here safely. I am so happy and I feel so blessed with friends and family, especially you Lord. Thank you for all the blessings you have given me thanks again now fight with jet lag,’ a tired looking Shami posted on Instagram.

India open their T20 World Cup campaign with a high-voltage clash against Pakistan at the MCG on October 23.