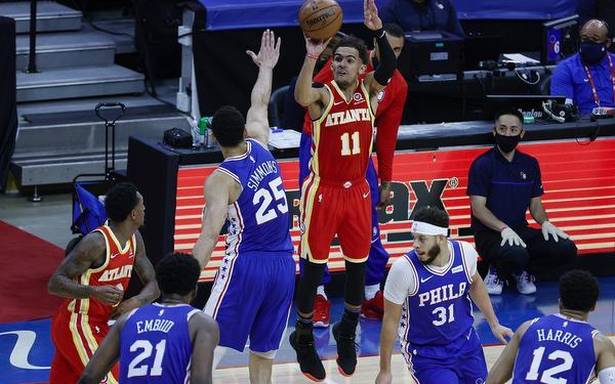 Top-seeded Sixers and Jazz on the brink of elimination

Top-seeded Philadelphia 76ers and Utah Jazz were on the brink of elimination from the NBA playoffs on Wednesday after Atlanta Hawks and Los Angeles Clippers notched up against-the-odds victories on the road.

In Philadelphia, Trae Young scored 39 points as the Hawks overturned a 26-point second-half deficit to post a 109-106 defeat of the Sixers in their Eastern Conference semifinal clash.

The Clippers then toppled Utah Jazz in Salt Lake City 119-111 to seize a 3-2 lead in their best-of-seven Western Conference series.

The results left the Sixers and Jazz one defeat away from elimination as they prepare to travel to Atlanta and Los Angeles for their respective sixth games. Encouraged by a raucous home crowd, the Sixers raced into a big lead in the second half. But a magnificent offensive performance led by Young saw the Hawks hit back.

In Salt Lake City, Paul George was Clippers’ hero with 37 points after the team began with the news that Kawhi Leonard faces missing the remainder of the series — and possibly the postseason — after suffering a knee injury in game four.