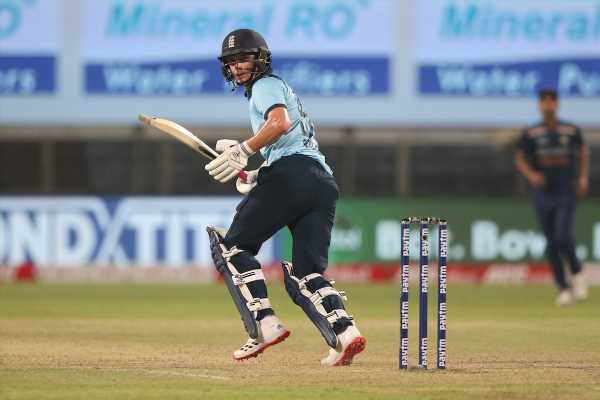 The beauty of ODIs lies in pacing one’s innings well.

While most of the England batsmen failed to do this while trying to chase down 330 in the final ODI on Sunday, the one who got it right was 22-year-old Sam Curran.

England got off to a rocky start, losing four wickets in just 15.1 overs. Although Dawid Malan (a run-a-ball 50) and Liam Livingstone (36 off 31) kept England alive, once they departed, the visitors werereduced to 168 for 6 in 25.4 overs.

With more than half the innings to go and only the lower order left to bat, it was certain that England would fold like a pack of cards in no time.

With Sam joining Moeen Ali in the middle, it looked like a mighty task for the kid and the veteran who will turn out for Chennai Super Kings when IPL 2021 begins next fortnight.

Moeen got some handy runs off a wayward T Natarajan in the 28th over, but three overs later got out to the steady Bhuvaneshwar Kumar for 29.

With Adil Rashid (10 first class centuries) at the other end, Sam seemed determined to mount a rear guard attack.

In the next over he hammered Hardik Pandya over mid-wicket for a six.

At 22 he got a reprieve when Hardik dropped a difficult catch on the boundary. 55 runs later, Natarajan dropped another difficult chance at a Hitchcockian moment in the game.

With Rashid for company Sam did well to get the odd boundaries in while getting in the singles and twos.

Be it any bowler, if a bad ball was there for the taking Sam didn’t let go of the opportunity.

After Rashid’s dismissal in the 40th over, when England were staring down the barrel, Sam motivated No 10 batsman Mark Wood, who during the Indian innings appeared on the verge of collapse in the Pune heat.

With each passing over India kept a tight leash on the runs while England’s resolve strengthened. With Curran at the crease England still had some hope as Wood and he batted with attrition.

Even though at one stage runs were coming at a crawl with a sprinkle of a six here and there, England ensured that they would keep their wickets intact and then go on the offensive when the opportunity knocked.

That opportunity came when they needed 41 off the last four overs. Curran sent Shardul Thakur to the cleaners in the 47th over as 18 came off it. That over also saw the 50-run stand between Curran and Wood.

But it was all too much in the end as Natarajan defended 14 runs off the last over — Wood getting run out.

Sam Curran paced his innings beautifully, playing both spin and pace with ease. He was poised all through his innings and not once did he allow his focus to waver.

England had that glimmer of hope while he batted. His tenacity gave belief to all in the England dressing room.

He remained unbeaten on a career-best 95 and his innings will give England the confidence that they can expect many more innings like this one from this determined young man.